In the face of growing climate change, indigenous women in Kenya are remembering and reinstating their native agricultural practices, to build resilience and reclaim their relationship to the land. 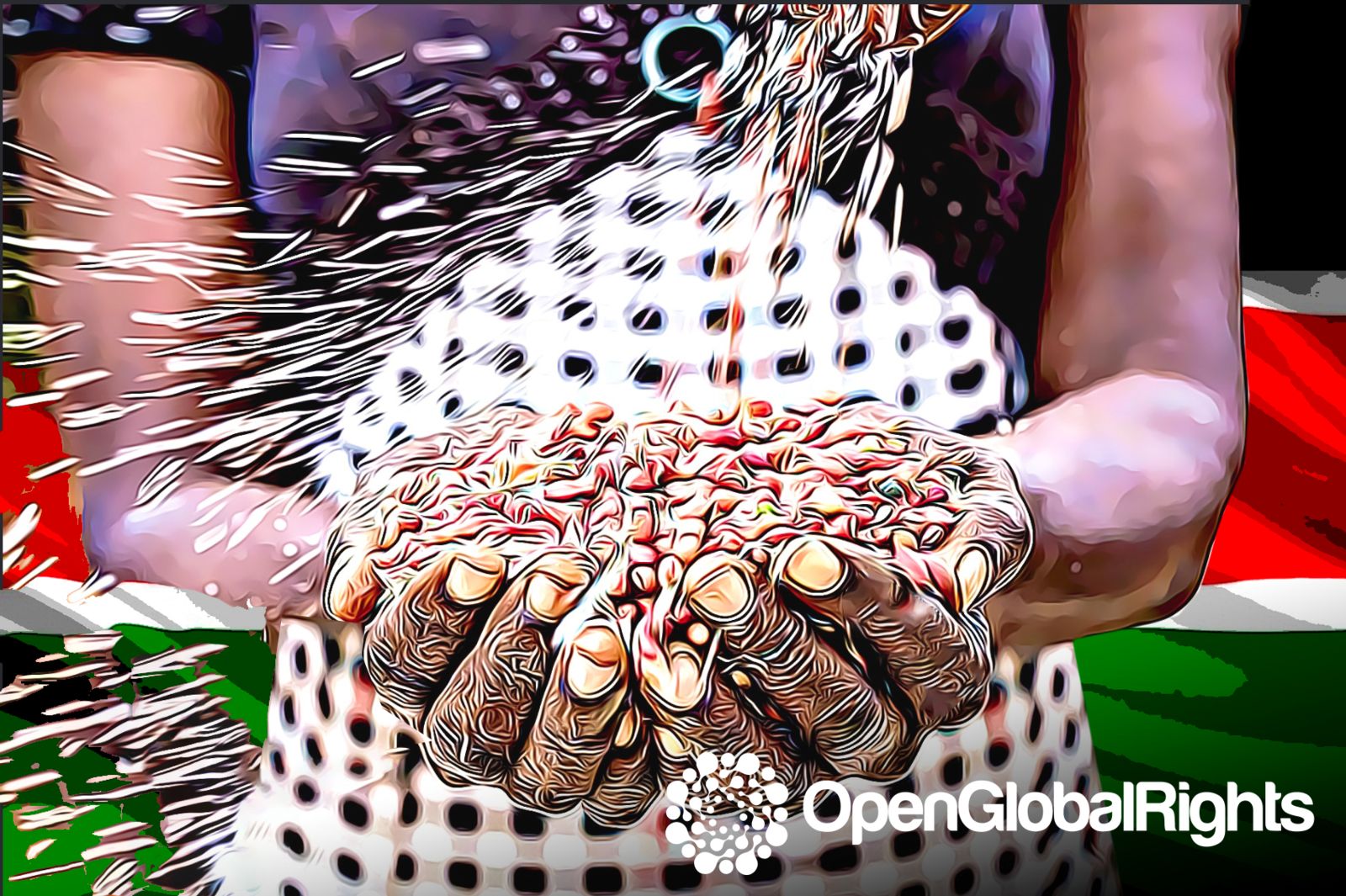 Sabella Kaguna arrives early Wednesday morning to meet me, with indigenous millet and sorghum seeds in hand. She describes herself as a farmer, sacred site and seed custodian, and memory retriever in her community in Tharaka County, central Kenya. She has been working to recover the memory of indigenous seeds and sacred Tharaka traditions for the past six years, journeying to find elderly women in interior villages in order to recover varieties of sorghum, millet, and cowpeas.

Sorghum, millet and cowpeas are indigenous to Africa, but their consumption has declined. In the colonial past, cash needed for imposed taxes and schools forced the adoption of foreign crops, and in some areas, Christian missionaries placed restrictions on the production of crops such as millet used in indigenous rituals. Today, globalisation and urbanisation has caused a shift in taste-buds, and governments and research agencies prefer to direct  resources to the production of rice, wheat and maize. These three are part of global markets, making them prone to global price volatility, such as  in 2007-08, leading to food demonstrations in over 25 countries. They are also prone to the vagaries of the climate crisis. 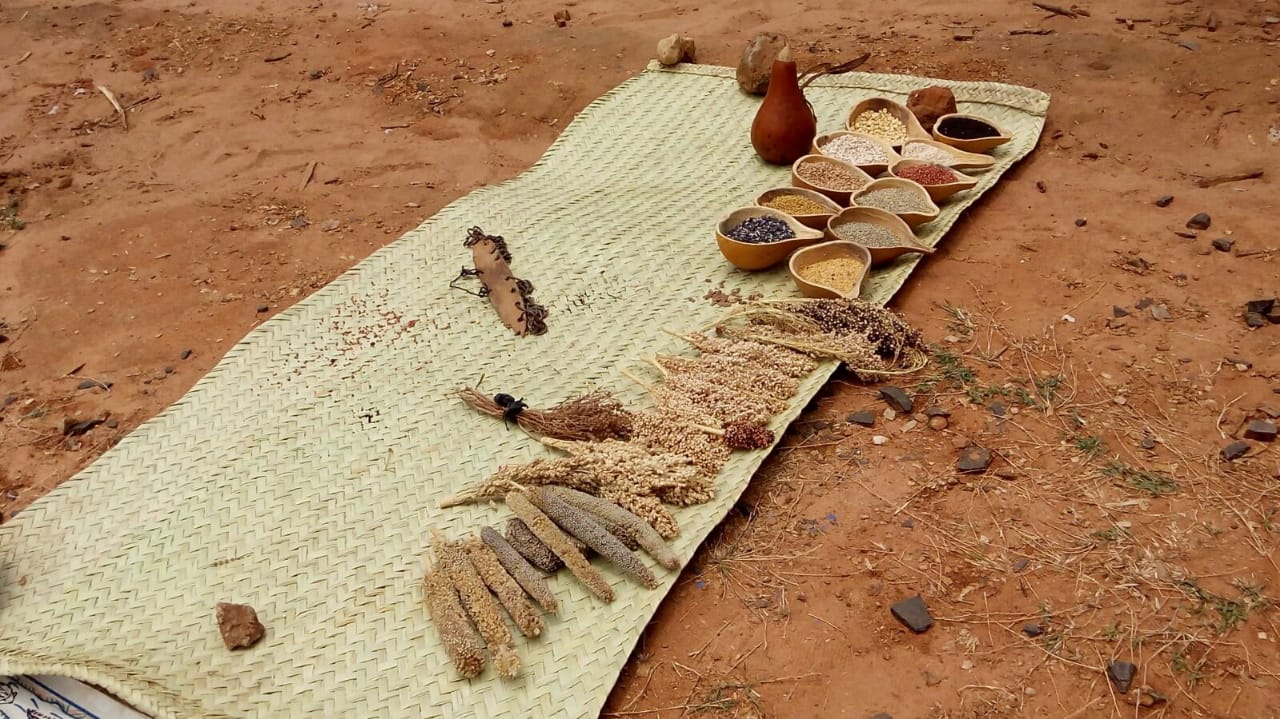 Various seeds recovered in Tharaka at a community intercultural dialogue in 2015.

The global South, including countries like Kenya, experiences the brunt of this climate crisis compounded by years of patriarchal and missionary colonialism, Western education, and a capitalist economy that has the global South dependent on producing for a Northern market. These combined factors weaken the resilience of indigenous people and lands, and their ability to respond to climate change, creating an ecological and cultural crisis. Residents near River Kathita in Tharaka described consecutive years with little rain, difficulties accessing water, a growing dependence on hybrid seeds and fertilisers to produce food in soils that have lost nutrients, and a corresponding increase in water needed  for irrigation. Travelling within the county, dry landscapes with little grass and groundcover, and dried seasonal rivers and shallow permanent ones were evident. Felling trees to make charcoal fuel exposes the already dry  and nutrient declining landscapes to the warming climate, but it offers  a momentary reprieve from crushing financial poverty for some.

In the global North, it has become more common to declare that indigenous peoples hold the solutions to the climate crisis. Such rhetoric risks being only lip-service if solutions don’t recognise and resource indigenous-led work to repair damage to indigenous cultures, commit to indigenous resurgence and integrate the wisdom of indigenous values.  After decades of shame, suppression and devaluation, much indigenous knowledge held by groups like the Tharaka has been forgotten, hidden or impaired. Tharaka women commented that it seemed like “everything was going to disappear”. Facing this eco-cultural crisis, remembering and restoring indigenous women’s knowledge and practices, grounded in a paradigm of respect and collaboration with the Earth, emerged as a pathway to resilience.

Such rhetoric risks being only lip-service if solutions don’t recognise and resource indigenous-led work to repair damage to indigenous cultures, commit to indigenous resurgence and integrate the wisdom of indigenous values.

Kaguna’s journey to recover indigenous seeds was prompted by joining the Society for Alternative Learning and Transformation (SALT), formed in 2013 to remember and reinstate indigenous Tharaka knowledge and practices. Whenever members meet, they bring indigenous seeds with them to share and gift—as indigenous women would have done traditionally. Seeds are the exclusive province of women among the Tharaka: women select seeds before harvesting for food, classify them according to desired characteristics, and provide seeds for rituals.

In Tharaka, recovering, planting and processing indigenous seeds has gone hand in hand with reclaiming rituals and ceremonies in which indigenous seeds are central. Ceremonies are markers of a person’s growth in community, while rituals establish and maintain relationships with each other and with the land. As the October rains mark the beginning of the indigenous year start, the kuangia mburi ritual is conducted to open the year, pray for a good rain and seek blessings for the land. Women provide the specially prepared pearl millet porridge, organise young children to walk around the village boundary, and collect the seeds to be planted. An old and respected woman plants four ceremonial seeds before everyone else, and in this way, the whole community’s planting is blessed. Kaguna explained that for the Tharaka, girls and women are the conduits of blessings for the home and community. Should pests and diseases strike crops, women have the role of protecting farms through blessings accompanied by pearl millet porridge in the kutiia ritual.

Remembering and reinstating Tharaka women’s roles has meant that the respect and value that women once held, but for which a patriarchal colonial-capitalist worldview has no place, is coming back. Salome Gatumi, an elder and expert beader, shared that young people, including students from a local Western-style university, visit her to learn what is absent in an education geared towards an industrial production economy. Kanyani, who has learnt how to bead from Gatumi, rejoices that although she had not forgotten her indigenous ways, through this memory work she realises she is not “backward”.

Restoring women’s knowledge and practices has also meant less dependency on the capitalist economy. Muregi, who is also involved in the memory group, proudly notes that her grandchildren insist on drinking millet porridge and eating kithongo, a Tharaka specialty made from millet, cowpeas and cowpea greens, rather than the store-bought white rice and sweetened sodas that she used to give them. Switching their diet to these highly nutritious foods means she relies on her farm and knowledge more, and her grandchildren are much healthier and stronger, so she has less need for shops and hospitals. 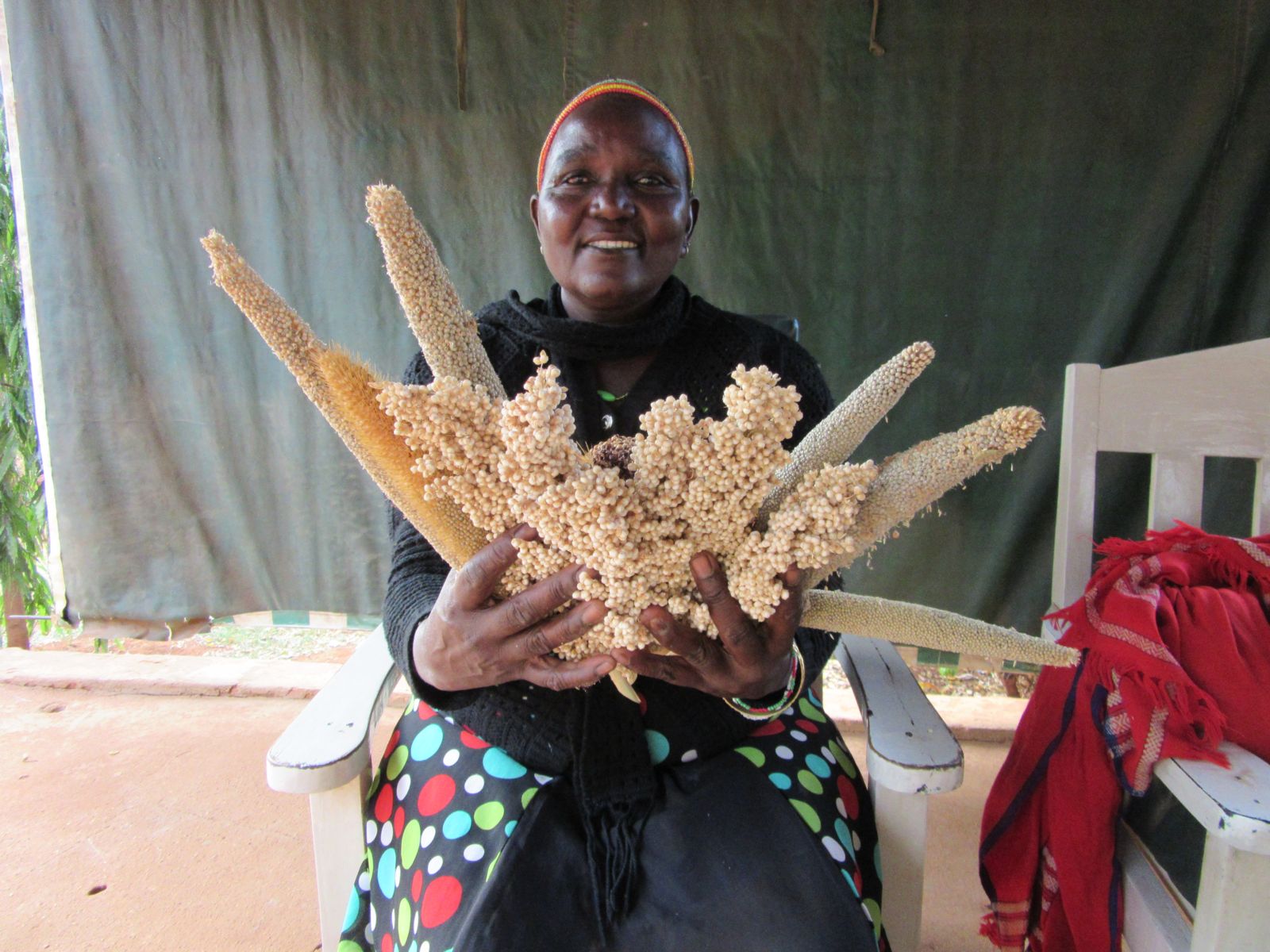 The effort to restore indigenous seeds, ceremonies, and rituals is not without its challenges, however. Walking through a village, we encounter a man from the cereal growers’ association promoting the use of hybrid seeds, artificial fertilisers and pesticides to rural farmers. Monica, Gatumi’s daughter-in-law, described how such organisations and businesses “gift” farmers the first season’s package of hybrid seeds and fertilisers, thus hooking them into continued use. In addition to the resulting economic dependency, this kind of agriculture compounds the climate risk of dry areas such as Tharaka. Artificial fertilisers need optimal conditions to work, including a sufficient supply of water, which is scarce in Tharaka. They also reduce the ability of soil to retain nitrogen, degrade soil structure and soil nutrients over time, and add greenhouse gases to the atmosphere. Hybrid seeds cannot be used in indigenous ceremonies, and planting them requires one to purchase seeds each season. In a number of African countries, a powerful confluence of foreign governments, private organisations and businesses are determined to convert the indigenous seed system to this industrial model to the detriment of local farmers and environments.

Nonetheless, the women in Tharaka are indefatigable in planting, processing, sharing and talking about their seeds as an opening to recovering resilience to the cultural losses and the crisis of an ecological breakdown first brought on by colonisation. At a time of global crisis and transformation, this recovery and revaluing of indigenous women’s knowledge and practices contains the seeds of new-old ways of living that teach us how to repair relationships—amongst people and with the Earth—towards an ecologically and culturally resilient future. These are fertile places where we can grow solidarity with indigenous peoples by truly listening, resourcing and allowing room for these processes to flourish—learning from indigenous efforts to remember and restore their lifeways.