In one of Donald Trump’s numerous tweets, he wrote, “The United Nations has such great potential but right now it is just a club for people to get together, talk and have a good time. So sad!” While perhaps an oversimplification—and insulting to the many people who work there—Trump’s reference to the ineffectiveness of the UN echoed a frequent accusation that the organization has become a talk-prone organization that accomplishes little. In addition, just this week, the Trump administration announced that it may pull out of the UN Human Rights Council, accusing the UN body of shielding regimes that it should be condemning.

There are three additional issues that international organizations confront if they want to enhance legitimacy and trust: governance issues, conflicts of interest and poor leadership.

There is considerable scholarship examining the effectiveness of international organizations across issue areas including human rights, trade, environmental protection, and labor rights—some positive, and some not. There are several reasons why such organizations are sometimes not perceived as functioning effectively and efficiently. Scholars note that these organizations get afflicted by specific pathologies that make them bureaucratic and unresponsive to the needs of their stakeholders. Others find that this bureaucratic model fosters democracy deficits.  The European Union, in particular, has been subjected to this criticism because of the relatively weak role of the European Parliament, the only body with the EU system that is directly elected by the people, and the power vested in the European Commission, an unelected bureaucracy, to initiate legislations.

But there are three additional issues that international organizations confront if they want to enhance legitimacy and trust: governance issues, conflicts of interest and poor leadership.

Multilateral organizations are often accused of being poorly managed, and spending far too much on overhead costs, instead of on specific initiatives that solve problems.  For example, a recent exposé suggests that the WHO spends about $200 million on travel. Compare this to money it spent of specific programs in 2015: $71 million to AIDS and hepatitis and $61 million to malaria and $59 million to tuberculosis.

The same report criticizes the WHO’s director-general, Dr. Margaret Chan, for traveling overseas in first class. In addition, during her travel to Guinea to celebrate the world’s first Ebola vaccine, she stayed in a hotel suite with an advertised price of $1,008 per night (this is twice the per capita income of Guinea, which stands at about $532).

The Trump administration is often criticized for packing regulatory agencies with industry lobbyists. The logic underlying this criticism is that some actors, by virtue of their background or past experience, do not have the credibility or incentives to effectively perform regulatory roles. With such actors in leadership positions, the legitimacy of the organization to pursue its goals probably is undermined. International organizations can also suffer from these issues.

Of course, an obvious recent case is the WHO’s decision to declare H1N1 as a pandemic. Reports suggest that experts who advised the WHO to declare H1N1 a global pandemic had significant conflicts of interest, namely that they had close financial ties with pharmaceutical companies that manufactured the H1N1 vaccines.

However, there seems to be a history, at least in UN, to these sorts of episodes involving allegations of corrupt practices, such as the Oil-for-Food relief program in Iraq (in the Volcker Report), the misappropriation of UN funds earmarked for tsunami relief in Indonesia, and the corrupt practices of UN Secretary General Kofi Annan’s son Kojo, who allegedly secured financial rewards from UN contractors. 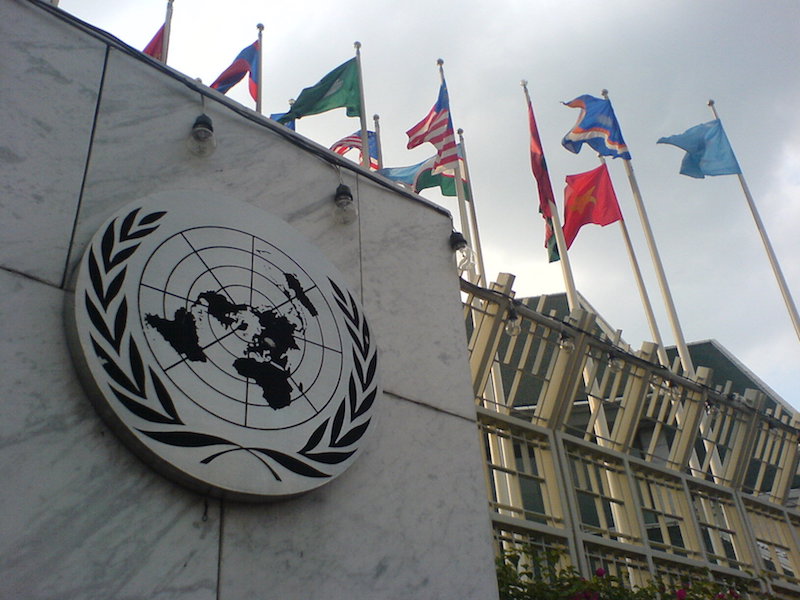 Even when a handful of these organizations are faced of accusations of mismanagement and hypocrisy, it potentially creates negative reputational spillovers for all.

But there is a deeper problem, not necessarily related to issues of bureaucratic incompetence. This pertains to the questionable credentials of actors that are elected to lead these organizations. Efforts to recruit organizational leaders through a democratic process can lead to the election of highly problematic individuals. While these problems are often discussed in the context of domestic politics, it seems international organizations are not immune from it.

Consider the recent election of Sudan as Vice-Chair of the UN Committee on Non-Governmental Organizations, a standing committee of the Economic and Social Council (ECOSOC) that accredits and oversees human rights NGOs to the UN. Yet Sudan has a terrible human rights record: the Borgen Project ranks it among the five worst countries in this regard. Freedom House gives it a score of 7 (0=best, 7=worst) on both Freedom rating, Political Rights, and Civil Liberties. Additionally, Sudan's president, Omar Hassan al-Bashir, has been indicted for human rights abuses by the International Criminal Court.

There are other instances where countries with problematic track records on specific issues are elected to important roles in a UN forum that oversees these issues. Saudi Arabia, for example, widely known for government sanctioned gender inequality, was appointed to the UN Commission on the Status of Women, a body whose mission is to promote gender equality and empower women. With Sudan playing an important role in a UN human rights forum and Saudi Arabia in a UN gender rights forum, the legitimacy, and arguably the effectiveness, of the UN to act on these issues is undermined. These examples also damage the credibility of multilateral organizations during a time when the world arguably needs to strengthen such forums for multilateral action.

The problems facing the world are becoming more complex, and require cooperative solutions. If international organizations are to serve as effective instruments of global governance, they will need to be better managed and become more accountable. At the same time, they will need to adopt rules which lead to the selection of only those actors to leadership positions who embody the organization’s mission.

Aseem Prakash is the Walker Family Professor and the Director of the Center for Environmental Politics at the University of Washington, Seattle. He studies environmental issues, international political economy, and NGO politics, and is the author of Greening the Firm: The Politics of Corporate Environmentalism (Cambridge, 2000), and the co-editor of Advocacy Organizations and Collective Action (Cambridge, 2010), and Voluntary Regulations of NGOs and Nonprofits: An Accountability Club Framework (Cambridge, 2010).