A global poll into perceptions of human rights confirms there is hope for international human rights organizations to build alliances within Southern civil societies to demand protection of human rights. More efforts should be put into involving local groups in global advocacy.

More than a year ago, Stephen Hopgood presented his much-debated thesis that we live in an era of the end of human rights. Part of his argument is that international human rights organizations lack the credibility and legitimacy among southern masses to build a global constituency of activists, because the latter would “cherish beliefs that are not prominent in western human rights thinking”. He believes that their best hope may lie in the growing middle classes in emerging powers.

Regardless of which position you take on the elite character of human rights, it is important to know how middle classes in emerging nations perceive human rights. As David Petrasek rightly argued, their understanding and participation will, at least partly, shape the future of human rights.

A new global survey shows that higher-educated people in Brazil, Russia, India and South Africa understand human rights more or less in the same way as those in the US and the UK, and that they prioritize the same rights. Respondents were more active on domestic issues and attributed more responsibility to local NGOs than their western counterparts did. If newly emerging middle classes are to work on the foreign human rights diplomacy of their respective governments, INGOs must partner with these local NGOs in building a human rights culture that transcends the local. 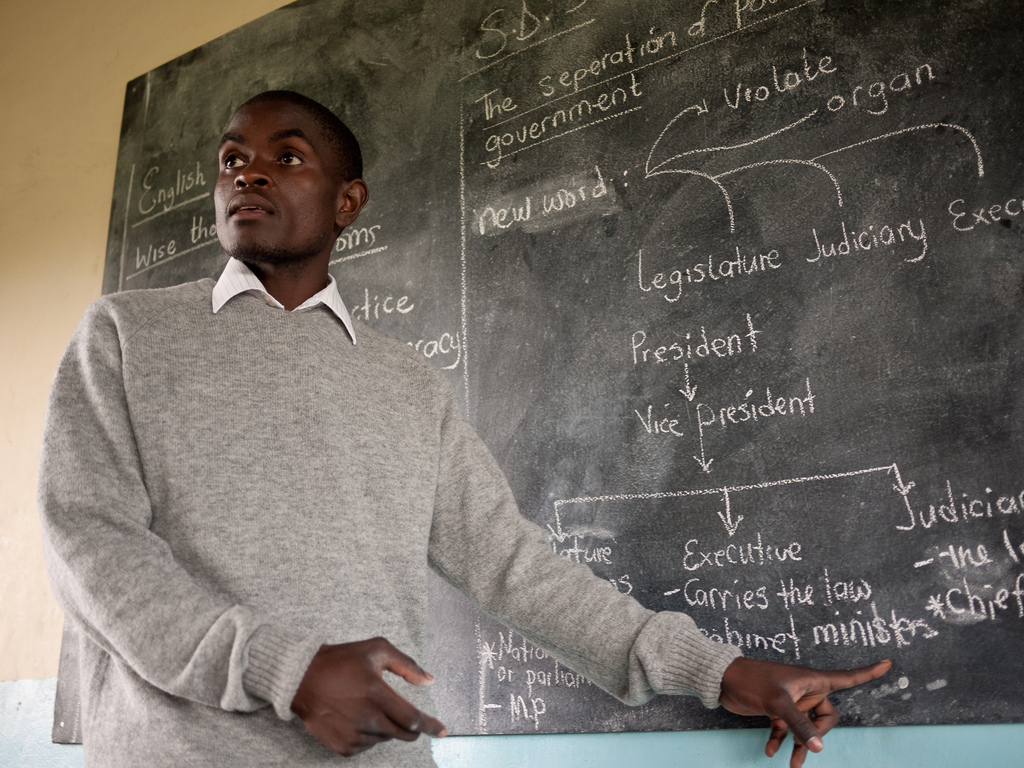 A new global survey shows that higher-educated people in Brazil, Russia, India and South Africa understand human rights more or less in the same way as those in the US and the UK, and that they prioritize the same rights.

The findings are based on a global survey on perceptions of human rights, conducted by market research agency Winkle as a donation to Amnesty International the Netherlands. In April 2014, 4612 men and women from 15 countries (Brazil, Russia, India, South Africa (BRIS), Turkey, Japan, the Netherlands, the UK, the US, France, Germany, Sweden, Poland, Italy, and Australia) completed an online questionnaire that sought to find out how human rights are understood and valued across the globe.

The polls were conducted on nationwide samples of respondents that are representative on age and gender for the online population. All respondents had internet access and filled the questionnaire online. Higher-educated people are overrepresented (apart from Sweden, Germany and Australia) and even more strongly in countries where less than half of the population has internet access (Brazil, Turkey, South Africa and especially India). In the last four countries and Italy, urban people are also overrepresented.

Contrary to commonly held beliefs, the survey found that there are no major differences between how people in the global north and the south understand human rights. Overall, the educated population across the globe makes mostly positive associations with human rights: they freely associate it with freedom, equality and justice. Also, when prompted by a list of issues, most select the same liberties (freedom of speech and religion) and rights (women’s and children’s rights). The issues least associated with human rights are similar as well, such as torture and the death penalty.

There is also no evidence for the assumption that people in the South prioritize economic rights over civil liberties. In fact, respondents in both hemispheres believe rights to water and food, education and access to health care are most important. Only children’s rights are considered relatively more important in the south. In Japan and Turkey, the top three important issues includes other rights: social security, disaster relief, privacy (Japan, also in Russia) and non-discrimination (Turkey).

The issues considered least important also match across countries: climate change, the use of drones, sexual orientation and the death penalty. But there are discrepancies. The Winkle poll shows that in Russia, a mere 38% in consider the defense of sexual minorities’ rights important. However, 80% in India and Brazil (that is, the higher-educated urban dwellers) perceive it as a crucial right.

A 2008 WorldPublicOpinion.org poll found that 40% of respondents prefer national governments to decide on matters related to human rights, 37% prefer the UN, and 13% regional organizations. In the Winkle survey, a majority in all 15 countries expects their government to advance the human rights they find most important. The UN, EU and INGOs come second in European countries, the USA and Australia, whereas local actors play an equally important role as INGOs in the other countries. Also, between local or international organizations, a majority of people in “Western” countries choose the latter (except for Japan and USA where people are divided) for addressing human rights issues. In Brazil, India, South Africa, on the other hand, most people attribute this role to local organizations.

In most countries, around half the respondents have participated in human rights activism, mostly by donating money. In Japan, however, 70% has never been active, whereas two-thirds of Swedish and Italian respondents—and 80% of Indian elites—have  donated, raised money or mobilized for human rights. Most people in Western European countries, particularly the Dutch, focus on international issues when they participate in human rights activities. In contrast, people living in Japan and emerging economies are mostly active on domestic issues. But again, there are no clear North-South dichotomies here: people in America and Poland are also active on domestic human rights issues. Getting southern civil societies more involved in the foreign policy of their own and other governments is key to pressure new global and regional powers to advance human rights globally.

The future of human rights advocacy

The Winkle survey, in addition to several other international polls, suggests there is a strong international consensus for human rights. The findings disprove the assumptions of dichotomies in North-South perceptions of human rights. People in all regions consider the right to basic needs, education and healthcare as most crucial, even though there are country differences in how the middle classes value human rights, and how they participate. For example, people in Japan are generally more indifferent to human rights and unwilling to rally against capital punishment (only 12% of the population), and think, together with the Turkish, differently on what are the most important issues than do the educated elsewhere. Relatively more people in Turkey and Russia associate privacy with human rights and consider this an important right.

Getting southern civil societies more involved in the foreign policy of their own and other governments is key to pressure new global and regional powers to advance human rights globally.

Such activism will help overcome the northern bias in global civil society, which in turn enhances its effectiveness in advocating for much needed collective action in a multipolar world. The Winkle survey shows that there is work to be done to get the newly emerging middle classes engaged in human rights advocacy beyond their national borders. In order to help build a human rights culture that transcends the local and sub-regional, INGOs could actively disseminate information about human rights violations worldwide, invest in human rights education and strengthen transnational solidarity networks. While INGOs expand their own presence in the global South—a controversial trend—they should complement the work of local human rights groups. They should especially support southern human rights movement’s attempts to mobilize their governments into action in response to human rights violations worldwide.

There is hope that the growing middle classes in emerging nations will get engaged in human rights at home and—with time and creative effort—also abroad.