The ICC should be above politics, but some of the rules found in the Rome Statute make that difficult.

As previous authors in this debate have argued, there is a clear tension between politics and law in the activities of the International Criminal Court (ICC). Although the ICC is a legal institution, it is surrounded by political actors. Further, it is an institution created by sovereign governments with different political interests to protect. This tension will not disappear, and indeed some of it arises from contradictory provisions in the Rome Statute that established the ICC.

One of the most contentious issues is the relationship between the ICC and the United Nations Security Council (UNSC). States which do not ratify treaties should not, normally, be bound by the provisions of those treaties. However, the Rome Statute makes it possible for the UNSC to refer states to the ICC even if they have not ratified the Rome Statute.  This is how the situations in Sudan and Libya (neither of them party to the Rome Statute) came before the ICC. In addition, under Article 16 of the Rome Statute, the UNSC can also suspend ongoing ICC investigations (on any of its cases), if the investigation is seen as a threat to international peace and security. Some scholars have argued these powers clearly prioritize politics over law.

Another contentious provision in the Rome Statute is Article 98. In a controversial interpretation of the provision, the US government has used it to demand states who have joined the ICC grant immunity for US citizens who might have committed international crimes (and find themselves in those states).  The resulting ‘bilateral immunity agreements’ (BIAs) signed by several countries with the US government is purely the protection of political interests; these agreements clearly undermine the ICC. 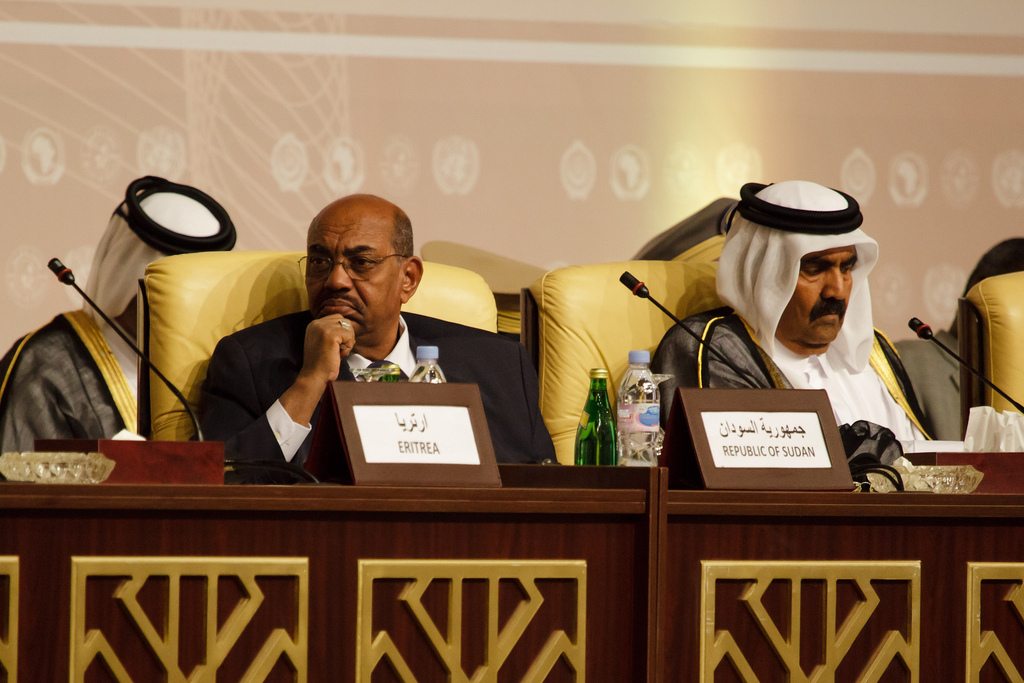 The tension between the legal writ of the ICC and the politics surrounding it came to the fore with the arrival—and sudden departure—of President Al-Bashir from South Africa.

But Article 98 is a double-edged sword. Although Article 98(2) is the provision relied on by the US to negotiate BIAs, Article 98 (1) provides for the recognition of the immunity of heads of states and governments in the arrest and surrender of citizens not party to the Rome Statute. For states that are part of the ICC, there is no immunity for state officials. But under Article 98(1), non-states parties are given the opportunity to waive the immunity of their state officials if they are to be surrendered to the ICC for investigation and possible prosecution.  A scholar has argued that Article 98(1) applies to President Al-Bashir’s case that recently caused another legal storm between the ICC and the African Union (AU).

South Africa clearly had a legal obligation to arrest Al-Bashir. But would it have served the interests of justice, broadly defined?

The tension between the legal writ of the ICC and the politics surrounding it came to the fore with the arrival—and sudden departure—of President Al-Bashir from South Africa. He was there to attend an African Union Summit. However, there is an outstanding ICC arrest warrant for him. As South Africa has joined the ICC, it is under obligation to implement that warrant. Further, South Africa has incorporated provisions of the Rome Statute into its national law, and this law does not recognize the immunity of state officials. Any person—irrespective of their official capacity—that is alleged to have committed any of the crimes within the Rome Statute and is physically present in South Africa is subject to arrest, investigation and subsequent prosecution. A South African judge therefore issued an order barring President Al-Bashir from leaving South Africa pending the determination on an application made for his arrest.

As noted earlier, an interpretation of Article 98(1) suggests South Africa will have to request for a waiver of Al-Bashir’s immunity from the government of Sudan before he can be surrendered to the ICC. It is unlikely that Sudan will ever grant such a request, unless there is a change of government in Sudan (in which case President Al-Bashir would in any event have lost his immunity).

South Africa clearly had a legal obligation to arrest Al-Bashir. But would it have served the interests of justice, broadly defined? Certainly, it would not have been politically expedient for South Africa to arrest a sitting African president. It would have been political suicide for President Jacob Zuma within AU circles. However, the inability of the South African government to arrest President Al-Bashir has led to questions about the South African government’s commitment to constitutional democracy, the rule of law, the independence of the judiciary and respect for its national laws. President Al-Bashir’s visit put South Africa in a legal corner because of the legal obligation to arrest him. However, the AU that “officially” invited him to its summit in South Africa had previously requested African states not to cooperate with the ICC in arresting Al-Bashir. A question arises then between the respect for treaty obligations and adherence to a request made by a regional intergovernmental organization -- which one should carry more weight? There are no easy answers here, it seems.

It is clear that whenever there is a conflict between law and politics, it seems law unfortunately takes the back seat. At times, law is forced into a state of suspended animation. Shortly after President Al-Bashir visited Nigeria and suddenly left due to an urgent court process against him, a coalition of civil society organizations in Nigeria petitioned the African Court on Human and Peoples’ Rights to issue an advisory opinion on whether a treaty obligation between the ICC and states parties should trump the declaration on non-cooperation. We still await that ruling, but in the meantime can take comfort that the South African judiciary places the obligation to arrest Al-Bashir squarely on the South African government. Yet, can the South African judiciary really move the hands of the ANC government to do what’s needed if there is a repeat performance? I doubt it, although I am willing to be optimistic that the government will abide by their national laws because doing otherwise is an invitation to anarchy.

In the final analysis, when two elephants fight, the grass usually suffers. In this instance, it is the victims and survivors of international crimes that are denied justice and agency in the battle for supremacy between law and politics.