Activists are using a multi-van in Germany to help female refugees cope with violence and harassment.

For my friend’s elderly aunt in Austria, the picture of displaced people walking on railway tracks is a familiar sight. “We walked on the rails, too,” she sighs, recalling her days as a refugee during World War II.

Not since then has Europe seen such massive movements of refugees: over one million people arrived by sea in 2015, according to the Office of the UN High Commissioner for Refugees (UNHCR). Now nearly 60% of these are women and girls, compared to only 30% in June of last year. According to Amnesty International, these female refugees face violence and sexual harassment at every stage of their journey, and single mothers face particular hardships. But receiving states are not well prepared to meet the special challenges that women and girls face. “From experience, we know that there is no real security for asylum-seeking women, because whenever they are attacked, either physically or sexually harassed, nobody knows what to do. There’s no clear policy,” says Elizabeth Ngari, who co-founded Women in Exile, a group based in Brandenburg near Berlin.

On the last weekend in February, the International Conference of Refugees and Migrants in Hamburg brought together more than 1500 refugee activists from different camps across Germany and some European countries. As part of the concept there was a “Women*space”—a separate, beautiful room for women and transgender people only. Yet on the panels of the conference, 95% of the speakers were men. During one session, a group of about 150 women and transgender people, including activists from Women in Exile, entered the podium, interrupting the ongoing discussion about self-organising and solidarity and declaring that: “Women’s space is everywhere!” They raised their voices to demand full participation in the refugee movement and the visibility of their perspectives and challenges—something critical for female refugees everywhere. 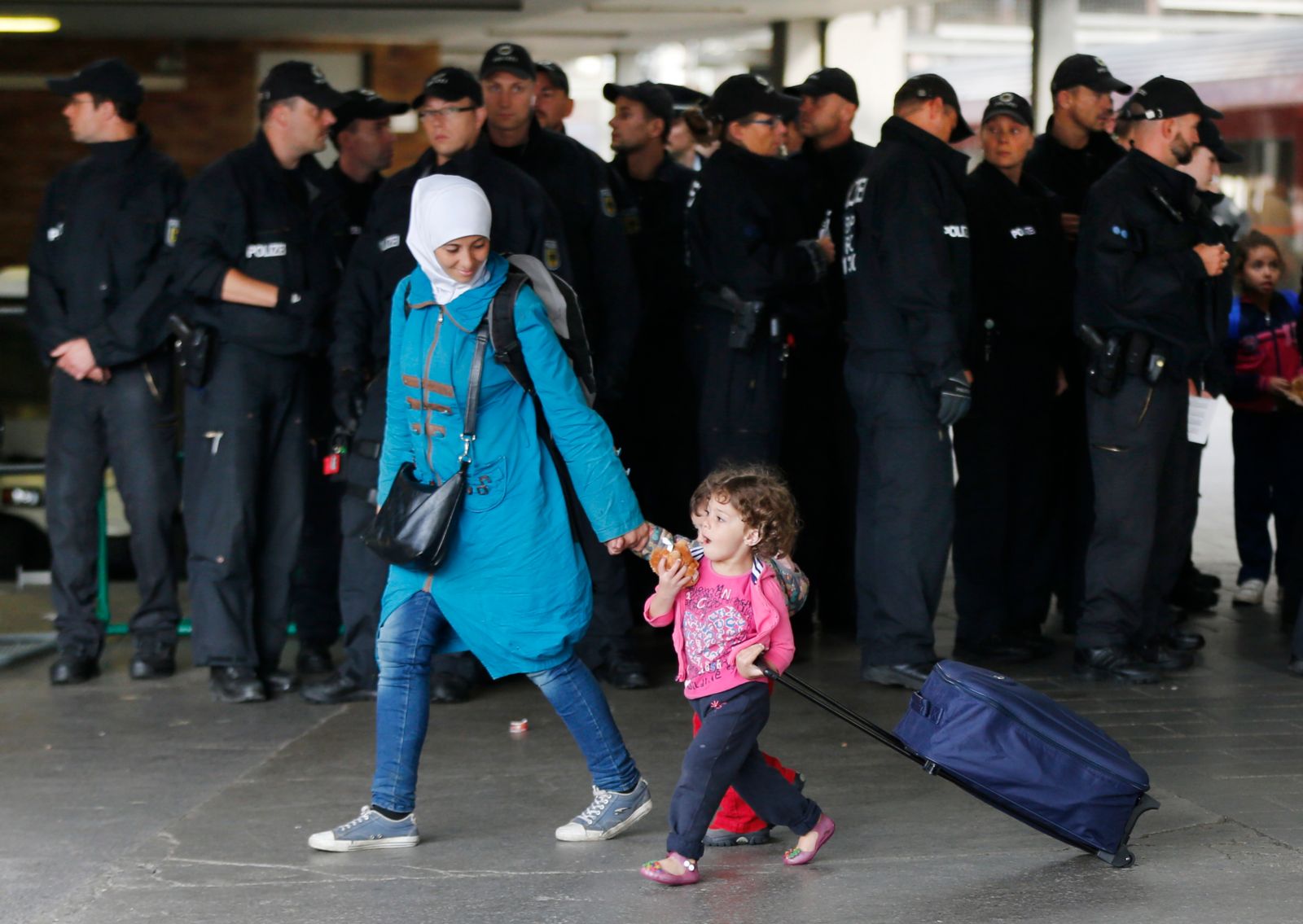 A refugee mother and her child at a train station in Munich, Germany.

Ngari herself came to Germany as a refugee many years ago, and she puts her energy into strengthening the self-empowerment and self-organising of refugee women. The motto of Women in Exile is: “Refugee Women Get Loud!” and the organisation is one of very few groups where refugee women mobilise their peers to go public with demands for better living conditions. Ngari reports on cramped accommodations, shared toilets and showers in camps, and rooms that cannot be locked, creating an unsafe situation for women who face sexual violence both from fellow refugees and security guards. The problem has become so bad that some women even try to avoid going to the toilet by refusing to eat or drink.

Of course, Germany (like many other European countries) has protection measures for women who are affected by gender-based violence: a national hotline that works in several languages, as well as free shelters. By law asylum-seekers are entitled to those services just as much as any German citizen. The problem is that refugee women do not know about them—administration staff at camps are simply not giving them adequate information. If a woman wants to file a complaint, she may be faced with a police officer that does not speak her language, and translators are usually not available. But even without language barriers, there are not many women who even dare speak up, because their cultural tradition and exposure to trauma keep them from doing so.

Governmental responses must become gender-sensitive in all levels of planning.

But an alliance of feminist organisations in Hamburg, deciding that the state simply takes too long in responding to the risks for refugee women, recently took action. With a seed grant from the German women’s foundation filia. die frauenstiftung, they are buying a multi-van and calling it the “EmpowerVan for Girls and Women“.  From April 2016 onwards, the EmpowerVan will drive to the camps and accommodations to meet refugee women right where they are. Many of the social workers involved in this initiative have a migrant background themselves and know about the human rights violations on the intersection of sexism and racism in Germany, from their own experience. They consider the EmpowerVan their contribution to building a “welcome culture” in Germany, yet they are very conscious about the risk of self-appointed “allies” to reproduce racist and colonialist patterns of superiority in their efforts to support refugees. Coming from a feminist background, they are committed to shifting power relations and building trust based on respect and openness. A key element is to strengthen the self-organising of refugee women, and the EmpowerVan will be equipped with a tent that opens a space for women to get together.

The EmpowerVan will empower refugee women with basic knowledge about their rights. It will help them find solutions for pressing issues such as where to get gynecological treatment, how to get bras and underwear without speaking to the men distributing clothing, and how to get separate accommodation and asylum away from an abusive husband.

In Germany, the political will for this innovation is already there—the local government in Hamburg has expressed its willingness to support the operating costs for the EmpowerVan plus one social worker for two years. Manuela Schwesig, the Minister of Family Affairs, has said that Germany needs better policies for ensuring separate and safe spaces for women, and she’s called specifically for locks on toilets and showers. Governmental responses must become gender-sensitive in all levels of planning. Support should go to civil society organizations with relevant gender expertise—those who have been working around the issues of gender-based violence like women’s NGOs and women’s funds are the natural partners of state organisations seeking to create gender-sensitive standards.

We have made progress, but there is still a lot to be done to put in place the policies, programs, services and trained staff that make sure the human rights of refugee women are protected on every step of their journey. Women and girls are still walking the rails—let’s make sure the tracks lead to a life of safety and dignity.