Religion is not only about belief but also about its capacity for human well-being. Therefore, human rights should be at the core of an individual’s right to evaluate their religious alternatives.

In the past couple of weeks, there have been several incidents, and statements made by public figures, which threaten to put a dent on India’s celebrated secular fabric. One of the largest churches in Delhi was burnt down and there are allegations that the police response was slow and that there was a cover up. Days later, only a few hundred kilometres away in Agra, Uttar Pradesh, 200 Muslims were converted back to Hinduism by Hindu right wing groups in a ‘homecoming ceremony’.

This heightened religious intolerance does not seem to have even escaped affairs involving children, as in Bastar, Chattisgarh, the Vishwa Hindu Parishad banned Santa Claus distributing sweets to children becuase ‘it might entice them into converting to Christianity.’

The Government’s solution to this controversy on conversion was to propose a nationwide anti-conversion law. This will be an attempt to make a fine distinction between Article 25 of the Constitution of India – which guarantees all persons the right to freedom and conscience to profess, practice and propagate their religion – and conversions by inducements that amounts to force and coercion to entice individuals.

Building on the pragmatic approach, this article argues for placing human rights at the core of an individual’s evaluation of her religious alternatives.

The Supreme Court of India in a landmark judgment Rev. Stanislaus v. State of Madhya Pradesh 1977 AIR 908 upheld two Freedom of Religion Acts in Madhya Pradesh and Orissa by stating that that word ‘propagate’ in Article 25 of the Constitution of India, meant, only the ability to spread one’s religion through an exposition of its tenets, but not the right to convert another person to it. 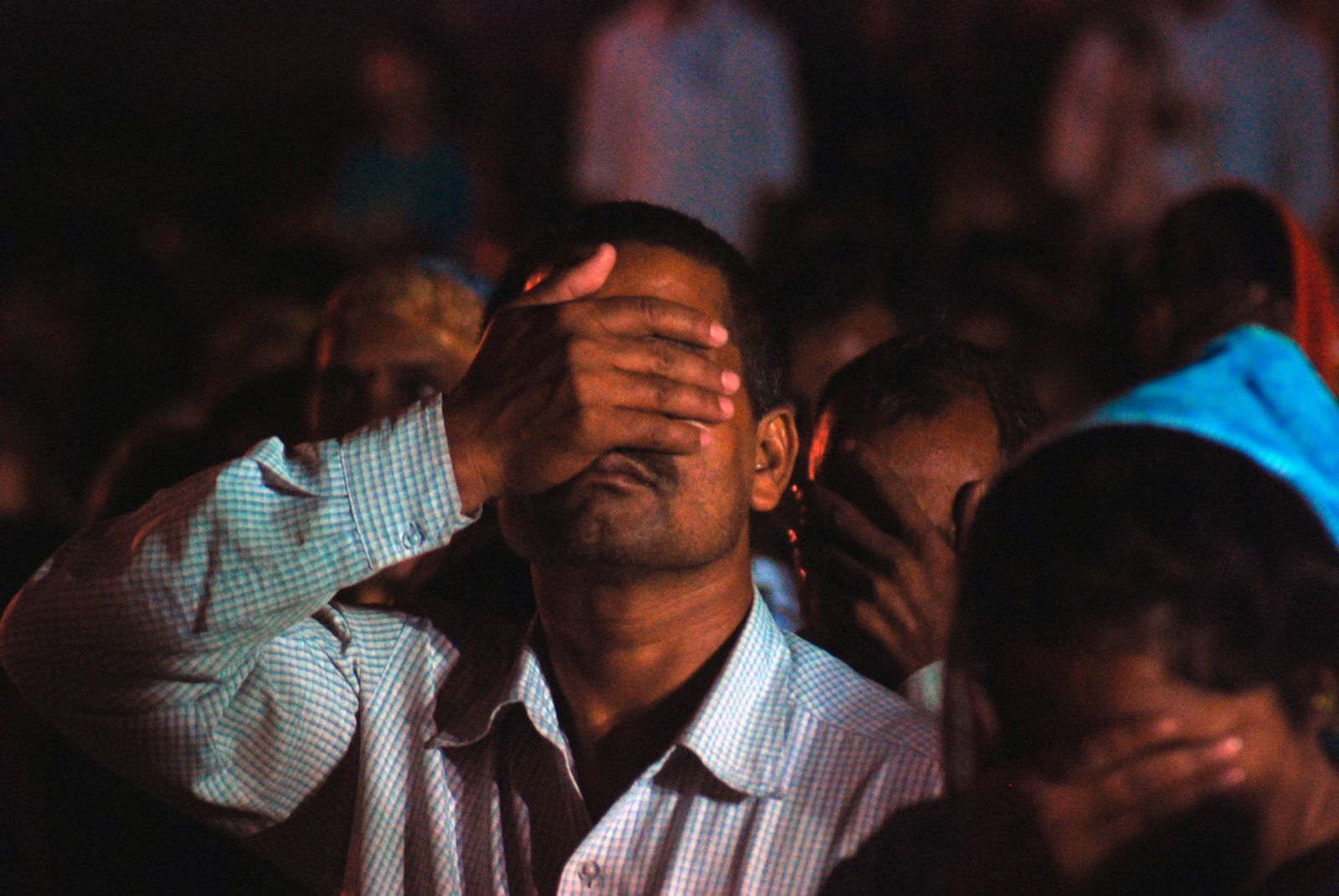 An indian man attends a Christian revival in Allahabad. Is religion a purely spiritual exercise or can it be examined in terms of its capacity for human well-being?

The Court basically prohibited conversions through the use of force, allurement, and fraud. However, it did not go into the essential practices and components of a religion and which tenets are permissible to be transmitted. The Court also did not examine where and how providing opportunities such as for protection of dignity, and against social discrimination, can become tools for allurement and inducement.

This ambiguity raises the question of the scope for religious conversions. Is religion a purely spiritual exercise or can it be examined in terms of its capacity for human well-being?

If individuals convert for access to basic human rights of food, clothing, shelter, education, and healthcare, why is such conversion offensive? Is religion not meant to be an enabling commodity?

The majority of religious conversions in India reportedly take place in underdeveloped regions where religious groups perform functions that the state has failed to carry out. By disallowing religious groups to convert people, the Court is essentially doubting an individual’s capacity to decide her life purpose. If individuals convert for access to basic human rights of food, clothing, shelter, education, and healthcare, why is such conversion offensive? Is religion not meant to be an enabling commodity?

Dr. B.R. Ambedkar, in his speech delivered to the Bombay Presidency Mahar Conference, stated that the main question for all those seeking to be converted was “….what should be done for the betterment of our life? How to carve out the path for our future life”.

Ambedkar seemed to have viewed conversions in terms of its capability for human well-being when he asked questions about the real nature of religion, about why religion was necessary and about the relation between man and society. His answer to these issues was that firstly, an individual should be able to seek happiness in such an interaction, secondly, the individual should be able to embark on a path of self-development and thirdly, that religion should focus on creating an ideal society.

Ambedkar’s argument prioritizes ‘beings and doings’ as being essential to how an individual should interact with religious alternatives available. The same sentiment is echoed by Nivedita Menon who wryly remarked that “A puja hoping for better profits in business is ‘religion’ but converting to another religion hoping your children can go to school is ‘economics’?”

In a country like India, the plural religious space is really not different from a market place. Why should a religious user not choose an optimal bundle from the different religious commodities available? Of course a common refrain would be that religion is a matter of belief and thus different from other commodities. While belief is undoubtedly an important consideration, we need to know what assessments go into constructing a belief and who has the competence to adjudicate on defining an individual’s belief. If belief is developed through functioning and capabilities, why shouldn’t religious conversions for access to more human rights be allowed?

The proposed anti-conversion law will bury debates of choice and conscience and constrain the exchange of ideas and opportunities. It is an attempt to impose majoritarian norms, and a homogenous identity on a heterogeneous society.

In an interview to the Wall Street Journal earlier this year the United Nations Special Rapporteur on freedom of religion or belief also criticised anti-conversion laws. He said that prohibition of ‘coercion’ is mixed with very vague concepts like inducement or allurement. This has resulted in a situation where not only the convert, but missionaries as well were being harassed because their development work could now be seen as allurement.

Siddharth Peter de Souza is a German Chancellor Fellow at the Alexander von Humboldt Foundation and a guest researcher at the Max Planck Foundation for International Peace and the Rule of Law in Heidelberg.