When space closes for labour rights defenders, the situation is far worse for those at the margins. Labour rights are human rights and must be protected. 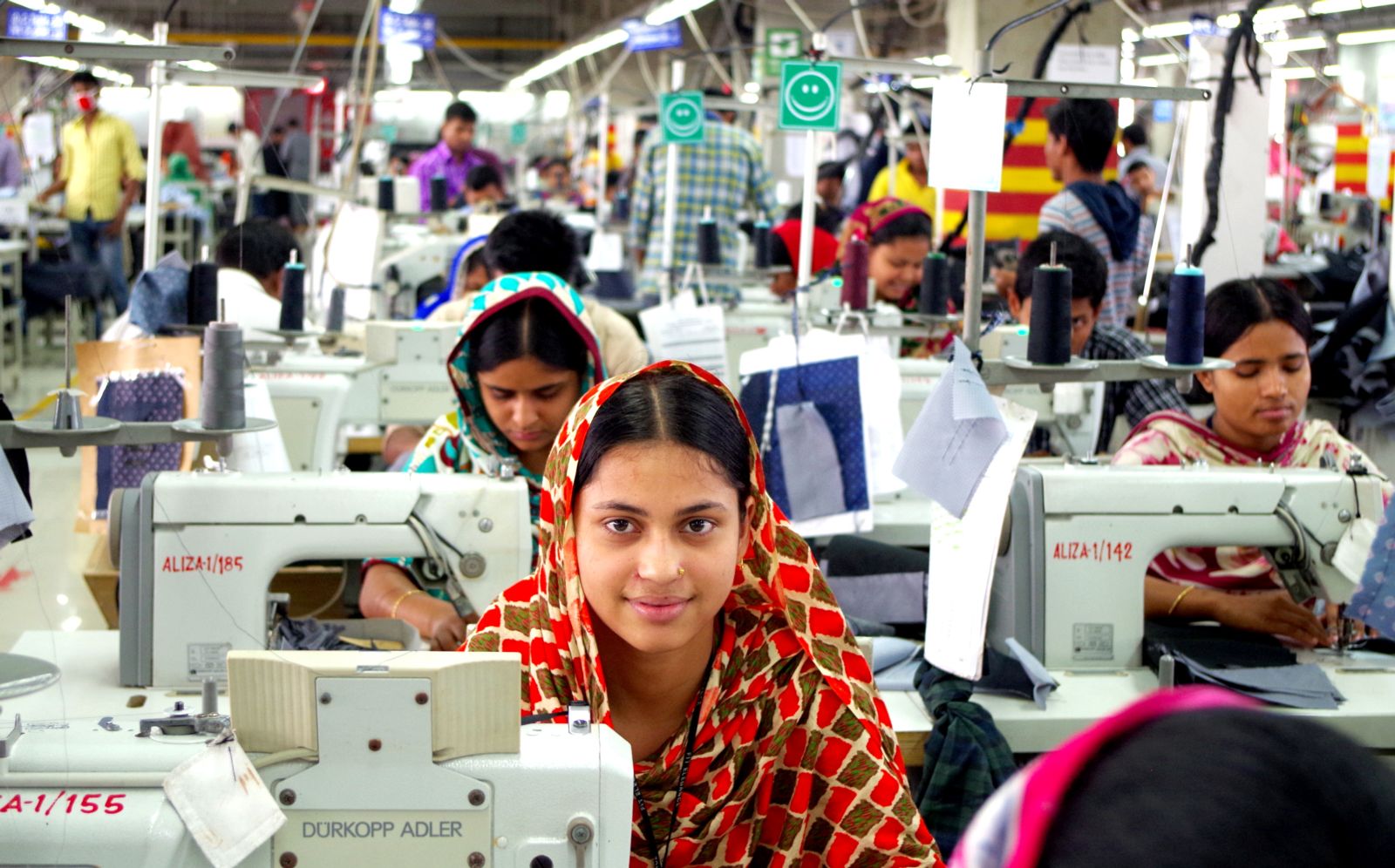 Labour Day, otherwise known as International Workers Day, is rooted in the activism of labour rights movements and is a product of organising by labour rights defenders. This activism makes societies fairer by addressing the imbalance of power between corporations and workers and improving working conditions.  It is also at the heart of the broader struggle for human rights and social justice. Several recent examples of human rights movements that have been led and supported by labour rights groups include: coalitions to rebuild democracy in Honduras after a coup; the mobilizing of workers in Tunisia, Egypt and Bahrain during the Arab uprisings; and the pro-democracy movement in Zimbabwe, led by the country’s labour federation.

Yet today across the globe, we are witnessing a mounting erosion of space for worker organizing, and violence against labour rights defenders, which negatively affects all human rights movements and requires cross-movement and cross-sector collaboration to address.

Labour rights defenders regularly experience violence and restrictions on their rights in various ways, including clamp downs on unions where governments and employers obstruct them from functioning freely and independently, laws that limit collective bargaining, and dismissals. In the past year, the International Trade Union Confederation reported an increase in violence, especially to prevent unionizing, and the safety of trade union leaders remains precarious. In Colombia, 19 trade unionists were killed in 2017; in Cambodia, trade union leaders are criminalized; and in Zimbabwe trade union leaders are regularly harassed by government authorities. With respect to laws that limit labour rights, 81% of countries deny some or all workers the right to collective bargaining and 65% of countries exclude some groups of workers from labour law, such as domestic, agricultural and contract workers, up 5% from 2017. Peaceful protests by workers are often met with heavy handed policy or army responses. In addition, the most common reprisal workers face for speaking up about violations are dismissals, a tactic used by employers to stifle civic action. As one example, over 12,000 garment factory workers in Bangladesh were fired for their protests in December 2018 and January 2019 over wages.

The Business & Human Rights Resource documents attacks against defenders working on corporate accountability, and our database shows that agriculture, food and beverage, and apparel are the most dangerous sectors for labour rights defenders. The most common forms of violence against individual union leaders and workers are arbitrary detentions and lawsuits, followed by intimidation and threats, and killings.

A particularly concerning trend is the use of defamation lawsuits to silence labour rights defenders. As one example, since 2016, Thammakaset Company Limited, a Thai-owned poultry company, filed more than 13 civil and criminal lawsuits against former workers who denounced labour rights violations, as well as against the activists and journalists supporting them. Governments and companies, including international brands, need to ensure such judicial attacks do not happen. As Sutharee Wanasiri, a labour rights defender from Thailand, and one of the people sued by Thammakaset, said: “It is also the responsibility of international brands that buy from Thailand to make sure the companies they are sourcing from are not engaged in judicial harassment that creates a chilling effect on whistle blowers and other defenders. They should establish mechanisms that allow workers and defenders to communicate with the brands directly and ensure that they are protected from any retaliation from suppliers during the investigation. The results should be made public and bring accountability for the abuses.” 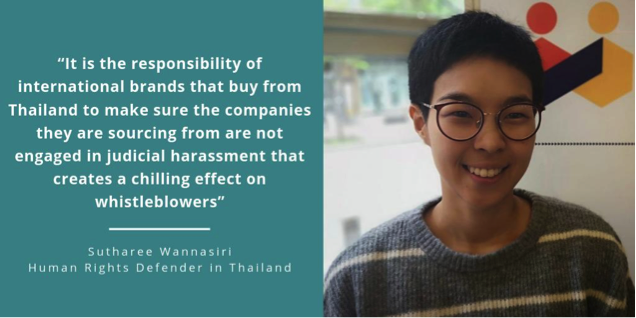 When the space closes for labour rights defenders, the situation is even worse for those at the margins. Attacks and other restrictions on civic freedoms have a severe impact on the most disenfranchised, who already lack equal access to opportunities to organise and are more prone to violence by employers and governments.

This includes women workers facing gendered threats and violence for speaking up about their rights and migrant domestic workers struggling to organise because national laws in countries like Malaysia prohibit them from forming their own unions. There are also contexts that are already very closed, such as export processing zones where public scrutiny and the rights to organise are deliberately curtailed to prioritise investment interests.

With long and fragmented supply chains, it is particularly important to ensure that we hear workers’ voices, especially those of the most marginalized at the bottom of economic hierarchies, and guarantee dignified and decent work. This includes people working in the informal economy. Workers and civil society organizations are currently focusing on redefining legal employment terms, and reconsidering union strategy in light of changing labour relations, especially in the gig economy, in which non-conventional workers are not afforded adequate legal protection—either because they do not fall within the definition of a “regular employee” under national laws, or because of gaps in legislation when it comes to regulating new forms of employment. The lack of an applicable legal protection and collectively agreed terms of employment hinders the ability to exercise work-related rights, including the right to organise and collectively bargain.

In addition, the concentration of wealth and consolidation of power and decision-making in the hands of an elite few has had destructive effects around the world. In the last decade, Oxfam reports that every year billionaire wealth has increased by 13% while the income of workers has increased by only 2%. To counter unchecked corporate power and widening inequalities, it is essential to safeguard and expand the ability for labour rights defenders to do their work. Speaking up for labour rights, forming unions and collectively negotiating, protesting and even striking are vital strategies to counter these unequal power relations that result in systemic abuses, such as forced labour, lack of living wages and prevalence of gender-based violence.

The work of labour rights defenders is also critical for the implementation of the 2030 Agenda for Sustainable Development. Restrictions on civic freedoms have a negative impact on sustainable development and increase costs for businesses and governments. According to research by The B Team, “limits on civic freedoms are linked to negative economic outcomes and that countries with higher degrees of respect for civic rights experience higher economic growth rates as well as higher levels of human development.”

Labour rights defenders should be seen as critical allies in building equitable and sustainable societies. Several businesses are also beginning to recognise that the protection of human rights defenders and the ability for them to do their work is in their interest, and that an attack on defenders is an attack on responsible business. This is encouraging, as now more than ever we need to be brokering connections and building solidarities across movements and sectors to counter threats to the shared space we all depend upon.

Sanyu Awori is the project lead for Workers’ Empowerment at the Business & Human Rights Resource Centre.