While conservative populist nationalism surged in the last year, I do not agree that its ascendance was inevitable. But I do believe that the human rights community writ large—from North and South alike—must grasp this opportunity to turn to a praxis grounded in struggles against abuses of power, of all sorts. The word “praxis” suggests the need to connect philosophical ideas and theory with real-life experience and action in the political world, yet there is a tendency at this time to be defensive or critical of the human rights discourse, and neither of these positions fully captures empirical realities. There are equally tendencies to argue that the way forward is to focus on national, grass-roots movements or, alternatively, to reinforce a rules-based internationalism. I do not pretend to know—or even think that—there is a single path forward. But I do fervently believe that the justified alarm around recent events provides an opportunity for profound reflection on human rights theory and practice that cannot be wasted.

Over the decades, promoters of human rights pushed the bounds of human and governmental agency.

Marx famously said that he was not interested in understanding the world but in changing the world. But now more than ever, we need to understand the world in order to change it, if we are to have any hope of seeing “a social and international order” where everyone can effectively enjoy their human rights. Human rights are, or should fundamentally be, about the regulation of power—as shields from tyranny in the public square and private bedroom; as curbs on public lassitude and private greed that undermine social justice; but also, and urgently, as challenges to the structures of thought that also drive patterns of suffering and indignity across the globe. Over the decades, promoters of human rights pushed the bounds of human and governmental agency; re-interpreted norms in light of different populations’ experiences; showed the porousness and arbitrariness of divides between the public and private, and between the political and economic realms in the traditional “liberal state”; and created institutional frameworks and procedures at national and international levels. Throughout, the single most important source of human rights consciousness and energy has come from the diverse people who have been affected by, and collectively struggled against, what Paul Farmer has elegantly termed “pathologies of power.”

Yet the nature of power abuses that rights seek to confront has evolved. Struggles against “traditional” oppression and brutality, as well as in defense of democratic institutions, clearly remain pressing. But it is also true the international order for which post-War institutions were built is now “the global order”. And a global elite, which conservative nationalists cynically decry for their own interests, has captured this global order. Indeed, neoliberalism has become a hegemonic form of organizing the world, as well as our collective consciousness. 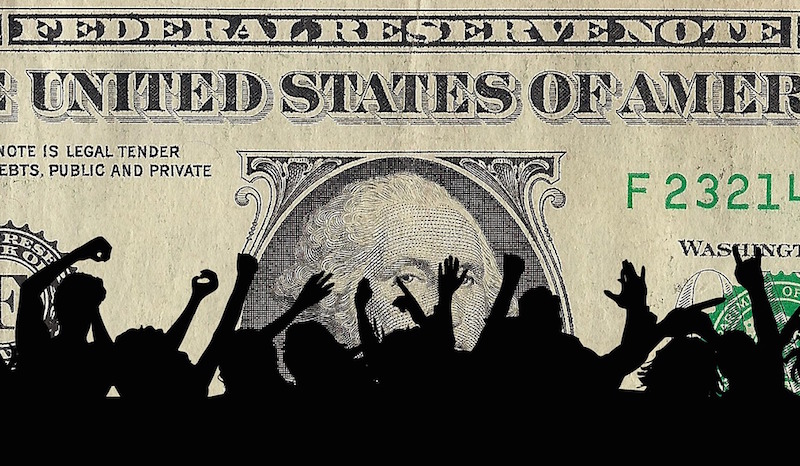 When decisional autonomy is reduced to “consumer choice,” it degrades the idea of what being human means.

When everything from health care to genetic information is commercialized, and everything from romantic relationships to politics (the epitome of this being Trump) to the public square itself (as in Facebook) becomes a marketing opportunity, meaning is hollowed out. When decisional autonomy is reduced to “consumer choice,” it degrades the idea of what being human means. And human rights depend, more than anything else, on this simultaneously inter-subjective and collective idea of humans as subjects of reason and conscience, members of a polity, and agents of change.

When rights are no longer “the magic wand of inclusion and exclusion, of visibility and invisibility, of power and no power… the marker of our citizenship and our relation to others” that US black feminist scholar Patricia Williams so eloquently described, we need to understand not just why but also what to do. We cannot confront hegemonic power the same way as we have historically confronted domination; as French critical theorist, Henri Baudrillard argues, hegemony is fought not from the outside in but the inside out.

Thus, it is not surprising that responses to this alienating and exclusionary discourse of modernity are fundamentally anti-modernist—from radical Islamic groups to the Christian fundamentalists who mix racist and misogynistic aspirations with legitimate economic frustration in the US and seek to sow uncertainty, chaos and violence to undermine the existing order at national and global levels. Nor is it surprising that in place of the pluralist constitutionalist visions modernism offered, human identity for these groups is reduced to a series of binary adjectives untethered to the complexity of reality—white/black, Christian/Muslim, immigrant/citizen, gay/straight, male/female, etc.

So, what can we do in the human rights community? Of course many in this diverse community are already engaged in collective reflection, as this forum attests. But I believe that we must reach across silos as well as across North/South and academic/activist divides to be able to more effectively deploy rights frameworks and tools to subvert the forms of hegemonic power that so pervasively colonize our consciousness.

The power of hegemony lies in the acceptance of the inevitability of a given set of social structures and processes, to the point where they cease to be seen as mutable political   arrangements and become the “way things are”. Speaking truth to power requires that the human rights community stand outside the magical circle of belief about the neoliberal understanding of the progress in the world. The ever-greater abdication of responsibility by states (and some institutions of global governance) to private actors, is, after all, a political stance about the role of markets in allocating social goods, and the meaning of accountability. It’s not a neutral quest for greater efficiency and innovation.

The way in which knowledge and systems of knowledge are (re)produced can, however, be more subtle. For example, the creation of human rights indicators, has been driven by the very real need to go beyond the symbolism of norms and capture policy efforts and outcomes, especially in economic and social rights. Yet the recent exponential surge in the adoption of such indicators (often quantitative and synthetic, meaning combining two or more measures), by donors, governments and global institutions suggests that only what gets counted, counts.

The goal of enabling objective cross-country comparisons appears naturally desirable, reasonable and neutral. Nonetheless, it is precisely the abstraction from social context—and therefore from complexities such as what legal norms imply in different societies, the meaningfulness of participation and other process concerns—that can cause these crystallized metrics to sometimes obscure more than they reveal about the power dynamics at play. Rather than better capturing reality, such indicators may well come to define reality. And over-reliance on such technocratic exercises may well undermine our consciousness of the need to struggle against the structural obstacles within countries and in the global order.

The human rights community has already developed methods to identify harmful gender stereotypes or inadvertent discrimination, along with criteria for assessing and making  inequity in policy and budgetary efforts visible. Now, it needs to develop a praxis for exposing and disrupting the discourses that structure our collective imaginations, as well as destabilizing neoliberal paradigms that impoverish our conceptions of development, democracy, and the meaning of being human.