Declaring a climate emergency is not enough, but women activists in Asia are pushing for these declarations to send policy signals across every level of government. 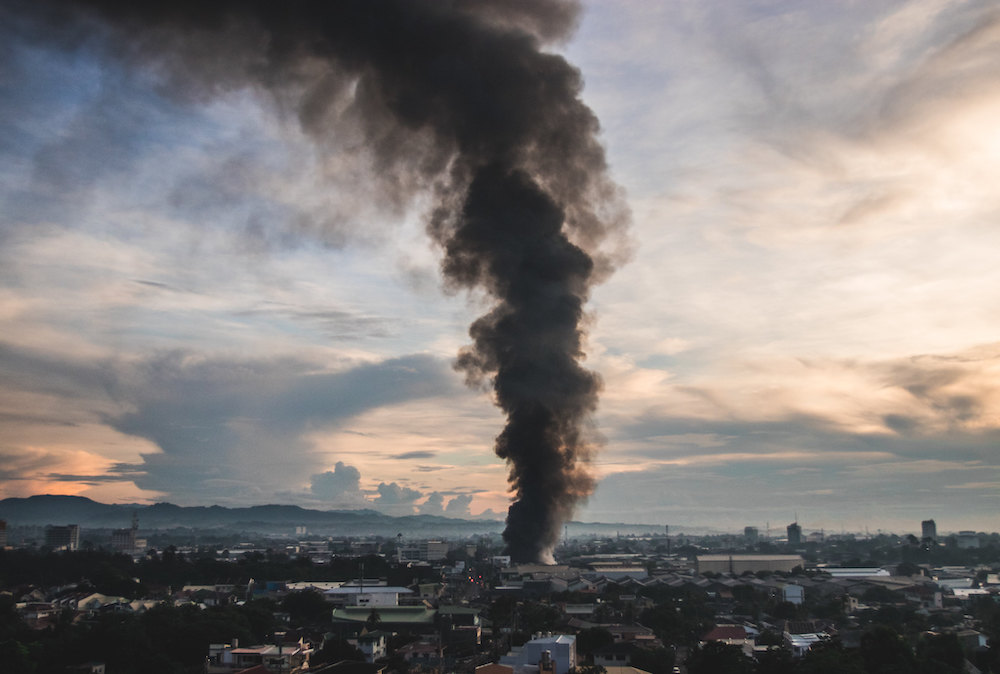 Jochelle Magracia has had enough. She says this softly, like she’s breathing out a secret. The sudden rumbling of the San Miguel Corporation coal-fired power plant—just a few hundred meters behind the shed outside her family home, which also serves as Barangay Lamao’s community center—punctuates her declaration.

She’s talking, of course, about what led her to the decision to join the Young Bataeños Environmental Advocacy Network, a group of organizers in their province in the Philippines. The members of YBEAN have recently started going around schools and neighborhoods to speak about the effects not only of climate change but also of fossil fuel projects, like the coal plant in their community. Their point, Jochelle shares, is that these plants not only exacerbate the crisis but also affect the health and well-being of local residents. “I’ve had enough,” she repeats. “Of my home being covered by fly ash dust, of friends and family coming down with respiratory illnesses, of our leaders being threatened. It’s time for the government to call this a climate emergency.”

The call for declarations of climate emergency traces its roots to Darebin, Australia. In December 2016, Darebin City Council became the first in the world to unanimously recognize that we are in a state of climate emergency. The council then adopted a Climate Emergency Plan in August 2017, counting among its goals “the maximum protection for the community of Darebin and for people, civilisation and species globally, especially the most vulnerable” and “to restore a safe climate at emergency speed by eliminating greenhouse gas emissions.” As of July 2019, 740 governments in 16 countries have  officially released  their own declarations. Most of these, however, are in Europe, Australia and the United States.

Asia, one of the most vulnerable regions to the climate crisis, remains mum about these declarations, to the exasperation of climate activists like Jochelle and Peta Nuampakdee, a community organizer from Chiang Mai, Thailand. “Declaring [a] climate emergency will show that the government finally cares,” Peta said. “It will show people that climate change is not a far-off issue.”

Asia, however, has a dirty secret: despite its purported leadership in international climate talks and its leaders declaring the need to shift to renewable-energy, the region has the biggest pipeline of planned new coal-burning power stations in the world, thanks to billions in investments from public finance institutions and commercial banks.

Convincing developing countries to divest from fossil fuels entirely has always been a tricky subject, as many have defended their growing economies and their right to development. However, as stated in the UN Declaration on the Right to Development: “States have the right and the duty to formulate of national development policies that aim at the constant improvement of the well-being of the entire population.” The continued burning of fossil fuels diverges from this central aim because of how dirty power stations affect communities. Air pollution from these plants cause about 20,000 premature deaths a year in Asia. In the Philippines alone, the data shows an estimated 960 premature deaths each year due to stroke, ischemic heart disease, other cardiovascular diseases and respiratory diseases. Governments can’t claim to be protecting citizen well-being while sacrificing the health and human rights of these same citizens to the fossil fuel industry.

Asian climate emergency declarations would be rendered empty and void of meaning if countries get a free pass from fulfilling their commitments. If anything, development must be redefined so that it includes and ensures the welfare of small communities who have been historically impacted by both fossil fuels and climate events.

Young women upping the pressure with the climate strikes

Young activists like Jochelle bear the brunt of explaining this disparity between political declarations and what’s truly happening on the ground to the communities they visit. But she perseveres, primarily because she witnessed the tenacity of her mother, alongside other women leaders of their community, in speaking out about the dangers of both climate change causes and impacts. Jochelle believes that women are strained differently by the effects of climate change as “keepers of the home.” “We carry the burden of protecting, saving and nurturing everything in the world,” she explains.

This burden shouldn’t be focused on women, however, despite being among the most vulnerable to climate impacts. Genuine climate leadership means mobilizing every member of society to act on this issue, which is why—in solidarity with the Global Climate Strikes—youth from Thailand and the Philippines organized local actions calling for systemic changes for climate action, instead of focusing on individual lifestyle changes.

“I’ve had enough,” she repeats. “Of my home being covered by fly ash dust, of friends and family coming down with respiratory illnesses, of our leaders being threatened."

“Young women are at the forefront all over the world, unifying different groups of people,” said Kim Anh, one of the young women who joined the day of action in Chiang Mai with Climate Strike Thailand. “[This is] despite the dangers of misogynist attitudes, sexist behaviors, and hatred towards women being critical in a patriarchal world. We’re called ‘feminazis’ or told to ‘shut up’ and it takes courage to speak out and initiate the action.”

Peta and Kim led two hundred young people to march in Chiang Mai while Jochelle joined her fellow organizers from YBEAN protesting in front of the Bataan coal plant. The primary demand of these young women is for their governments to declare a climate emergency. 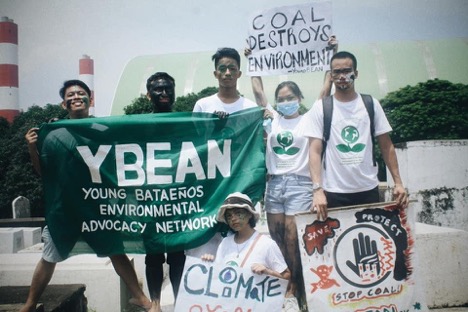 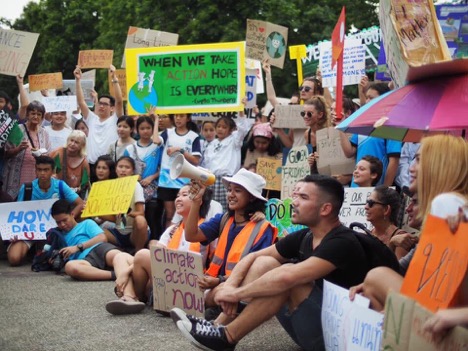 “Asia is vulnerable to the new normal of calamities.” Jochelle shared. “Governments from around the world must come together and declare a state of climate emergency to fix what is left for our future.”

Many declarations from the global North have been criticized for not including ambitious proposals. Most if not all of these have so far also been non-binding in nature. In Canada, for example, the government “deliberately did not attach any policy implications to ensure this debate best represented the non-partisan nature of the climate emergency.”

While these declarations may have no legal teeth, they remain necessary, especially for vulnerable regions like Asia for the policy signals they will inevitably send across every level of government. These signals will force states to finally take a whole-of-nation mobilization approach, sounding the alarm on the scale with which the crisis must be addressed. For young people like Peta, Jochelle and Kim, this also means they have something they can hold governments accountable to, especially with their entire futures at stake.

Indeed, if these declarations are to be made in Asia, they must exhibit not only the acceptance of new realities, but eventually an action plan that dares to act swiftly and decisively on the science. Every year, thousands of people lose their lives and livelihoods to both slow-onset impacts and extreme weather events, and the price is paid by those least responsible for this crisis. Climate emergency declarations then have the power to reframe the way we think about climate change by not only injecting urgency into political discourse, but also by redefining what it means to build a better, more resilient world that leaves no one behind.

Beatrice Tulagan is the founder of Climate Stories Philippines, an up and coming media non-profit aiming to humanize the climate crisis through stories of resistance and survival. She is also the East Asia Field Organizer of 350.org and a fellow at the Climate and Environmental Justice Media program with FRIDA - The Young Feminist Fund in partnership with OpenGlobalRights.