An advisory opinion on climate action from the ICJ would empower states, civil society organizations, and climate activists with potent tools to combat environmental injustices. 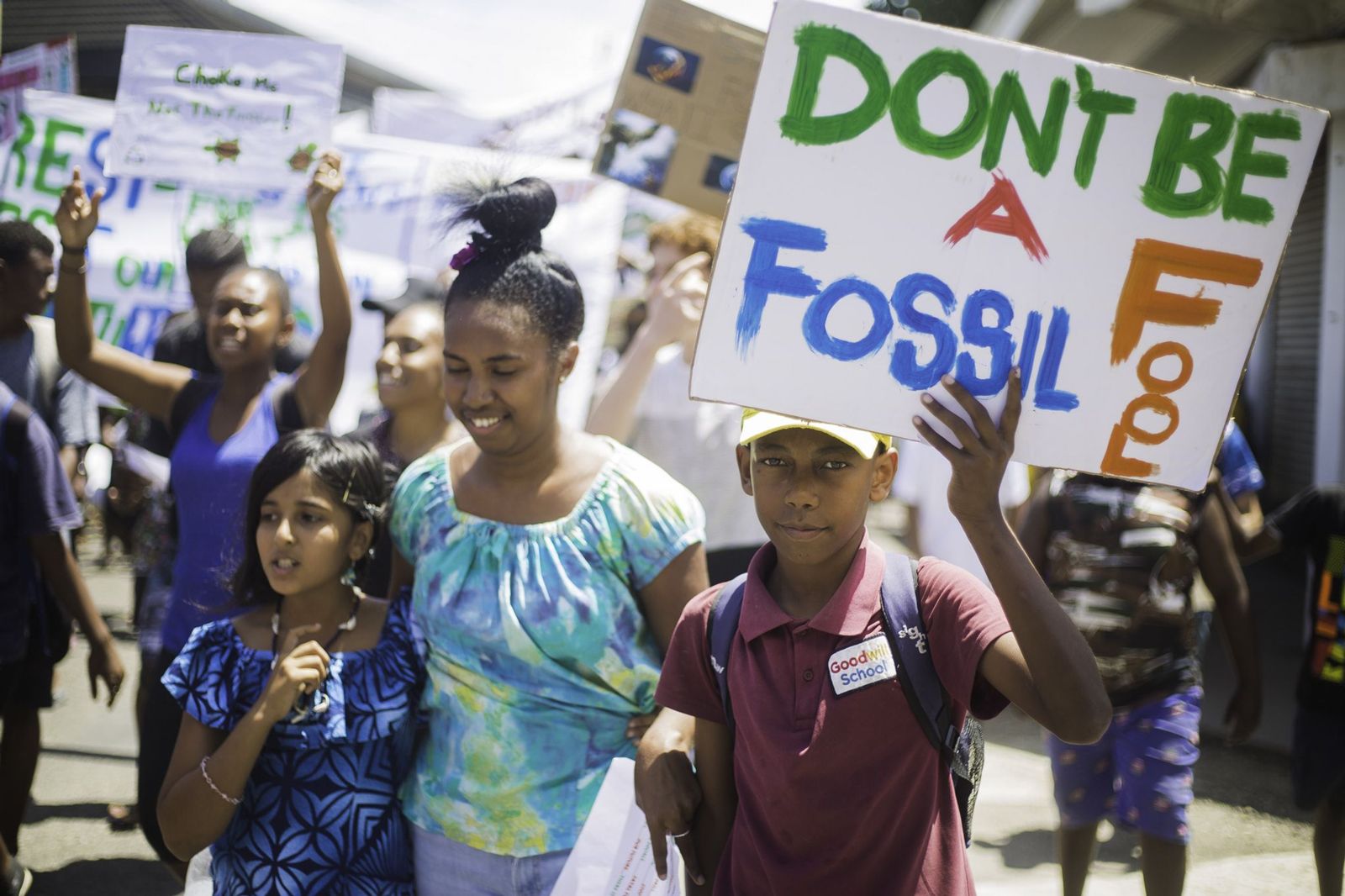 In the 21st century, no one is safe from the mounting severity of the climate crisis. Families in South Africa are faced with critical shortages in water supply while entire communities in Australia, Portugal, Amazon, and Serbia battle with raging forest fires. Intense cyclones and hurricanes indiscriminately tear apart families and property in the Caribbean and rising seas displace entire communities in Bangladesh and Vietnam. The Pacific is also experiencing severe coastal erosion, extreme weather, coral bleaching, and the loss of our freshwater resources and biodiversity.

These environmental changes are now directly affecting our basic human rights, threatening our right to food, water, shelter, and security, and they must be addressed through a human rights-based approach. Accelerated climate action is needed on all levels by all actors, including international courts. “Storian Blong Yumi” is Bislama for “Our Story”; it is an ongoing narrative of a group of Pacific youth activists known as the Pacific Island Students Fighting Climate Change, who are campaigning to encourage leaders to seek an Advisory Opinion from the International Court of Justice on climate change and human rights.

It all started in a classroom.

In March 2019, law students from across the Pacific crammed into a classroom at the University of South Pacific in Vanuatu for a presentation on climate change and human rights. Most of us heard, for the first time, about the nexus between climate change and human rights and were inspired to pursue activism that led to the formation of the Pacific Islands Students Fighting Climate Change. Our key goal was to seek an Advisory Opinion from the International Court of Justice to break the deadlock and catalyze greater climate action.

Many important milestones followed. The 2019 Pacific Island Forum Leaders Meeting noted the proposal positively which led to the Vanuatu government proactively working on building a global coalition around the initiative. Senior international law academics from faculties including those at Columbia, Yale, Cambridge, Harvard, Auckland, and Melbourne Universities endorsed the campaign. Most recently, 139 civil society organizations from the Pacific have emphatically endorsed the campaign in their climate demands to regional and world leaders.

Why the International Court of Justice Advisory Opinion (ICJAO)?

The ICJ is the world’s highest court and its advisory opinions carry great moral and legal authority. The profound nature of the crisis warrants an authoritative and powerful response, and the ICJ possesses the power to hear evidence on the great range of critically important legal issues that are affected by climate change. The advisory opinion of the ICJ would also allow for all states, despite their differences in geography and size, to participate in the process as friends of the court in a truly inclusive fashion.

The ICJAO can assist our collective response in various ways. Legally, it can contribute towards the integration of human rights law and climate law that are becoming increasingly intertwined and need to integrate and develop together. This could bolster the work of human rights bodies globally by providing a strengthened mandate for climate action. The advisory opinion would also provide authoritative guidelines and necessary clarifications for courts at all levels, which is particularly important as climate litigation cases become more common.

Accelerated climate action is needed on all levels by all actors, including international courts.

More broadly, the ICJAO would provide and empower civil society organizations and climate activists with a potent tool to combat environmental injustices worldwide. Having the security of a clarified legal position would mean new and stronger forms of action for activists, resulting in the protection of the environment and pollution control becoming serious considerations for states. Not only would the ICJAO be a legal circuit breaker for global negotiations, but it would also boost the confidence of all climate activists.

The legal question that the court would assess is perhaps the most significant consideration in seeking an advisory opinion, and we are advocating for a question that prioritizes elements of intergenerational equity and human rights. For example, a rights-based question could ask:

“What are the obligations of states under international law to protect the rights of the present and future generations against the adverse impacts of climate change?”

Why a human rights question? Because: human rights obligations provide a legal basis to compel stronger and more rapid action by the governments; they highlight the moral high ground we stand on; it is a forward-looking approach that focuses on the future and avoids naming-and-shaming, and is therefore more likely to gather support; and human rights have more radical potential due to being inalienable and not based on the lowest common denominator or political convenience.

The uniqueness of this campaign and this approach is that youth are the engine behind the movement. This allows for an opportunity to build cross- cultural understanding among youth from all around the world as we collaborate. It also serves as a stark reminder of the urgency of the crisis, because youth stand to lose the most should this crisis remain unaddressed.

The Pacific is strongly behind the push for an ICJAO because we are truly on the front line of the crisis. The recent U.S. withdrawal from the Paris Agreement brings with itself a whole host of issues relating to climate action but it is also endangering multilateralism and international law. By participating in the same multilateral fora in seeking an ICJAO, the Pacific along with its coalition of supporters, will reinforce and demonstrate their support and utility of the system in combating climate change. But perhaps most excitingly, there is a growing momentum amongst the youth of the world, illustrated by the newly formed World’s Youth for Climate Justice movement that is pushing for an ICJ advisory opinion through its various campaigns and lobbying efforts globally.

The climate catastrophe has transcended beyond national borders and requires a human rights-based approach, and an ICJAO on Climate Change and Human Rights is one of the best methods to start this at all levels. The strong support from any friends of the initiative and coalition of like-minded countries can strategically build a global alliance strong enough to pass a UN General Assembly resolution to forward the matter to the ICJ.

For the average person, the future of the climate crisis may sound pessimistic, especially when one infuses the discussion with the loss of valuable human rights that stand as one of the key pillars on which modern society rests on. But this campaign provides much needed optimism and hope that all is not lost. The ICJAO could be the best impetus to trigger state action, but it could also be a foundation upon which individuals can hold their governments to account.

The best thing about this initiative is that anyone can be part of it, and together we can seek justice at the world's highest court on the world’s biggest problem. It truly is an opportunity for “Storian Blong Yumi”.

Vishal Prasad is from Fiji and is a campaigner with the Pacific Islands Students Fighting Climate Change.

Solomon Yeo is from the Solomon Islands. He is the campaign director of the Pacific Islands Students Fighting Climate Change.