In order for human rights and development to be mutually reinforcing, the connection between the two must be made as explicit as possible. 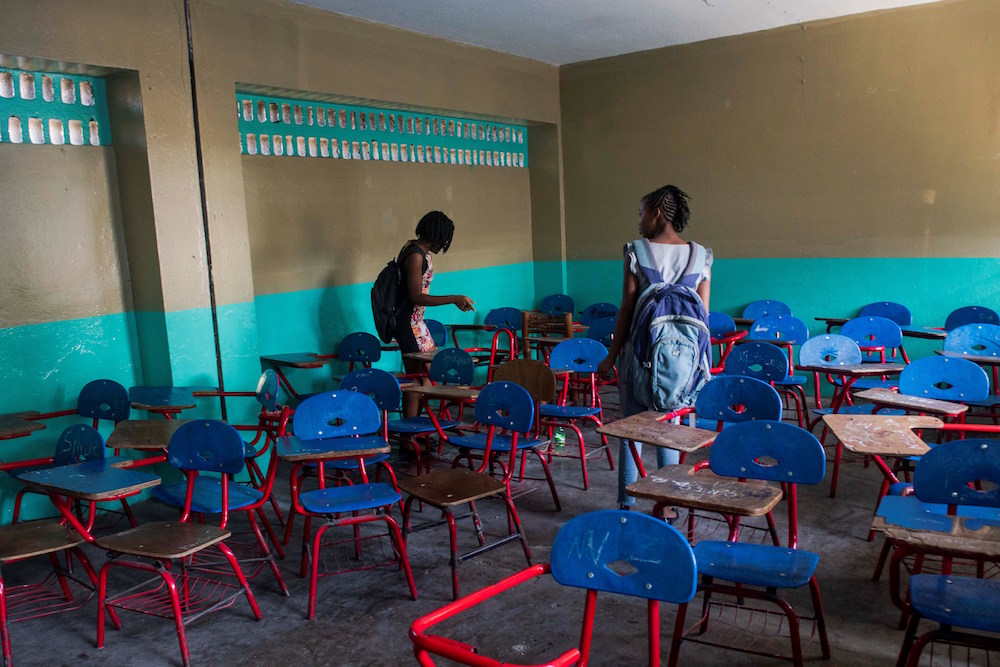 In December, UNDP launched the Human Development Report 2019. It was announced in advance that the new report would reconceptualize human development around the concept of inequality. This framing offers a more holistic take on existing injustices around the world.

The report combines income and wealth inequalities with those more traditionally associated with human development such as health and educational inequalities. Added to the mix are inequalities likely to dominate the 21st century, namely those related to climate change and access to technology and required skills in the knowledge economy. The report’s sub-title carries in itself a programmatic statement: “Beyond income, beyond averages, beyond today”.

The shift feels potentially paradigmatic also for human rights. In this context, it is worth mentioning that the 2000 report focused on “Human Rights and Human Development.” The nexus is therefore not new. It is rather a question of exploring where the relationship stands today.

There are two areas where the Human Development Report 2019 is especially strong in its engagement with human rights principles, namely related to dignity and to universalism.

The report argues persuasively that “the search for dignity is crucial in defining the constitutive aspects of development in the 21st century.” The potential implications of this are important to explore further from a human rights perspective. It does not just help identifying “emerging sources of exclusion”. It can also broaden recognition of the types of interventions needed when it comes to tackling pernicious inequalities.

Successful universal policies cannot be built on extensive coverage only.

The report explains that “dignity as equal treatment and non-discrimination can be even more important than imbalances in the distribution of income.” Evidence from Chile, a country with very unequal income distribution, shows that in terms of people’s concerns, their discontent ranked higher when it came to unequal access to health, unequal access to education and unequal respect and dignity in the way people are treated, compared to income inequality.

The report also makes a strong claim for universalism. Universalism is of course a foundational principle for human rights. But the report highlights that a commitment to universalism has delivered “massive achievements”—for example, in education and health. Successful universal policies cannot be built on extensive coverage only. They must come with adequate resources and be designed to ensure quality and equity.

Firstly, the report calls for comprehensive social services that ensure “equal access to quality services in line with the new demands and aspirations of the 21st century.” Secondly, the report calls for complementary special policies for excluded, poor and marginalized people. These approaches are necessary to overcome deprivations caused by group-based discrimination, for example. It is the combination of the two that can deliver universalism.

This is a line of thinking that should sit well with the human rights community and those working with human rights-based approaches to development. This will not be news to most, but it is worth being restated with conviction in this context because universalism certainly has its detractors. Human rights and human development share a common cause on this issue.

There is no doubt that the authors of the Human Development Report 2019 are sympathetic towards human rights. Respect for human rights is mentioned in passing as one of the “key elements of human development.” There is also a one-page “special contribution” from the UN High Commissioner for Human Rights, Michelle Bachelet. While a rather generic piece in terms of content, this sympathetic view is not always as explicit as one could expect.

Yes, throughout the report specific human rights are mentioned such as women’s and LGBTI rights, freedom of opinion and expression, the right to a basic standard of living, reproductive rights and the right to water and sanitation. The report readily refers to the 1948 Universal Declaration, but this seems more of a historical-symbolic marker. There are no explicit references to human rights as legal obligations binding for states and captured in international conventions.

This is an unfortunate omission. The reason may be the nature of the Human Development Report itself, the evidence which it cites, and the diagnosis of multi-dimensional inequalities pull the report in a very policy-oriented direction.

Human rights have more to offer than the report allows for because of the fact that they are legal obligations.

Of course, good policies and programmes can mitigate many of the problems that are documented. The report highlights as its single most important message that “nothing is inevitable about many of the most pernicious inequalities in human development.” That is a call for action.

However, the policy emphasis does not seem sufficient in mobilizing and operationalizing effective responses to these “pernicious inequalities.” Human rights have more to offer than the report allows for because of the fact that they are legal obligations. The Sustainable Development Goals are—in comparison—only policy commitments.

The international legal framework for human rights also comes with UN monitoring mechanisms. They address—on an ongoing basis—many of the problems documented in the Human Development Report. These mechanisms deserve to be highlighted for the role they can play. Law and policy solutions should be brought closer together and an expanded focus on human rights could support this. The devastating diagnosis captured in the report—the examples are many—deserves to have more actionable approaches added to it.

It is a constant struggle for the United Nations not to operate in silos. The report’s failure to more explicitly connect the human rights legal obligations of states with strategies that reduce inequality needs to be highlighted. This problem has a broader salience. In order for human rights and development to be mutually reinforcing, the connection between the two—and their mutual advantages—must be made as explicit as possible. And this must include clear reference to the legal obligations underlying human rights, and the UN architecture for monitoring compliance.

Despite this omission, the 2019 Human Development Report is a significant achievement. Its new emphasis combining inequalities in income and wealth with both basic and enhanced capabilities represent a great opportunity for the human rights community to engage with broader development efforts.