Focusing on the practicalities of internationalization neglects a vital and thorny question: is going global really in the interests of all rights groups?

Beyond a small club of human rights elites, identifying the organizations that should and could enlist as part of a global movement—sharing organizational identities, voicing consistent messages, and campaigning through the same channels—is difficult. Why? Because internationalization can often do more harm than good, as the example of India’s human rights arena makes clear.

The case for making human rights advocacy more representative is undeniable, and three models for doing so have emerged from the discussion so far: decentralization (the shift eastwards and southwards); franchising (the creation of local hubs from the ground up); and partnership (linkages between groups at the domestic and international levels). Each approach offers several benefits, and they lend the experience, resources and reach accrued by INGOs to domestic groundswells of activity.

But the call for a global movement of NGOs by NGOs makes the assumption that linking local and international groups arm in arm is unproblematic. Doing so obscures the enormous diversity of the human rights community when, in fact, this heterogeneity is central. The differences reflect carefully considered choices about identity, strategy and reach on the part of rights groups, and these distinctions make clear that internationalization is not for everyone.

In India the press, official reports and academic literature each list a diverse roll call of organizational types, and this plurality is reflected in the ways rights groups identify themselves. The terms used vary from “community group”, “social movement” and “civil-society organization”, to “quasi-governmental body”, “charity”, “research institute” and “grassroots campaign”—to name but a few. These varying labels capture groups championing the full range of causes—from conflict resolution to conservation—and reflect the distinct models, memberships and means of these groups. The process of internationalization, as Johanna Simeant notes, risks burying these differences behind a single organizational logo; a move that would be fatal to the autonomy, independence and freedom of activity that is at the core of many of these outfits.

Internationalization also carries grave risks. “NGO” and “INGO” are categories laden with baggage: in many jurisdictions they are vilified as foreign-interest groups pursuing ideological, financial and professional agendas. However unjust this demonization may be, linking national groups with global movements often exposes local activists to attack. For example, India’s government recently cancelled the licences of 8,975 NGOs because of their failure to properly declare funds received from abroad. India has waged a long and bitter waragainst civil society groups and the increasingly networked operations of the country’s NGOs, which have established ties with organizations overseas, has incensed a broad coalition of critics—from cynical corporates to hostile governments—into launching renewed clampdowns. 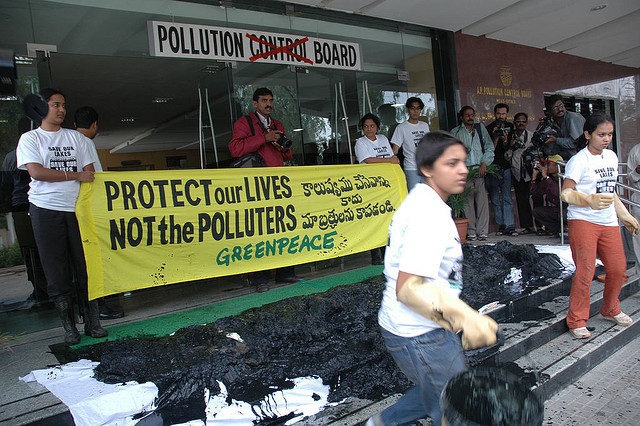 A Greenpeace India demonstration in Hyderabad. The increasingly networked operations of India's NGOs, which have established ties with organizations overseas, has incensed a broad coalition of critics.

And internationalization can rarely, if ever, be benign. Partnerships are often asymmetrical trades in which established NGOs buy legitimacy and a local presence in exchange for funds and administrative support. Globalization is not a value-free process; local groups risk having their causes relegated or compromised, and the process may even compromise the effectiveness of large NGOs who risk losing their influence and access to donors by shifting overseas. There is not only a fundamental mismatch between the local needs of domestic groups and the global aspirations of INGOs but, also, the rights arena is both hierarchical and competitive. The process of internationalization could just as much increase these inequalities as reduce them.

Most importantly, however, globalization is an exercise in which power is won and lost. In his article on ActionAid’s successful decentralization Adriano Campolina contends that, “giving up power doesn’t mean having less power”. But, often, this is precisely what is at stake. Links to a local campaign group seeking to indict Indian Prime Minister Narendra Modi—for his alleged complicity in riots in 2002 in which thousands of Muslims were killed—culminated in the Ford Foundation, which boasts a long and fruitful philanthropic record in India, being placed on the country’s national security watch list.

As laudable as the drive to “go global” is, local rights groups are very often the victims of their circumstances. As Stephen Hopgood rightly highlights, national boundaries can often be hermetic, sealing in the scope and ambitions of rights groups. Internationalization will fail wherever states decide to prevent it and, as the Indian case demonstrates, when doing so governments have numerous tools at their disposal.

Going global is readily presented as an unmitigated good, as a panacea that marks the next phase of human rights advocacy. Indeed it is often cast as an evolutionary process: as inevitable, desirable and necessary for the survival of both local and international groups. This is, no doubt, a compelling and tempting narrative. But, for rights actors, the question becomes one of choosing the right battles, and globalization is, for countless groups, one war too many.

This admission does not set rights advocacy back. Instead, it refocuses attention on an older, alternative strategy: one of attrition, on multiple fronts, mounted at the local, regional and international levels. The rights community should not be too quick to dispense with this. After all, it is an approach that has yielded the impressive gains that we now take for granted. Crucially, reverting to this approach where necessary avoids inflicting the very real harm that comes with assuming that a one-size-fits-all internationalization strategy is the only and ideal one.

Ram Mashru is a writer and researcher specialising in South Asia