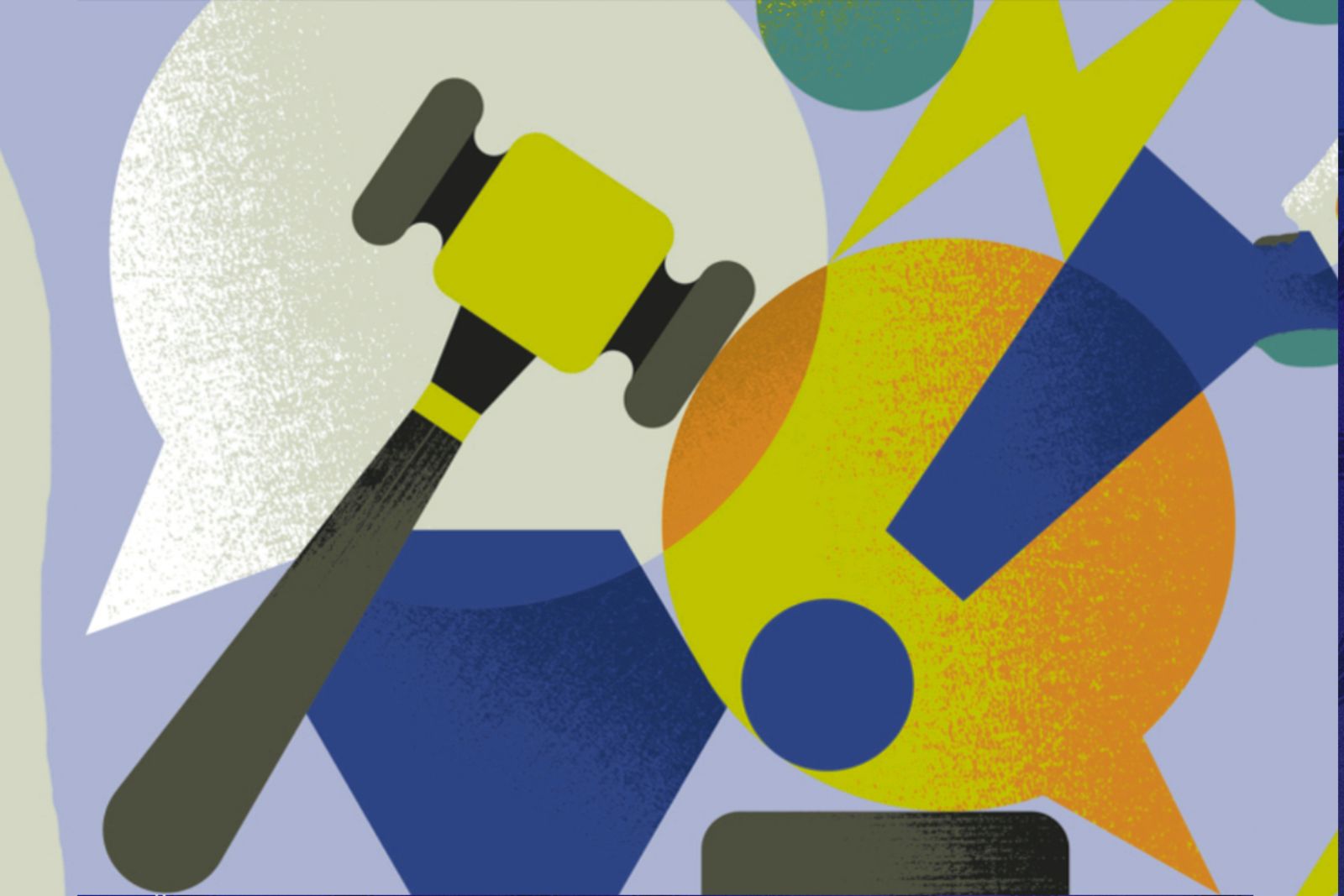 “The tradition of the oppressed teaches us that the ‘state of emergency’ in which we live is not the exception but the rule.”

This series asks us whether or not dominant approaches to human rights are part of the problem in defending human rights and if so, when? I focus on the United States in considering these questions. While I celebrate the end of the Trump era, I want to reflect on these questions while thinking with Benjamin: Were the emergencies of the last four years under Trump embedded in the “rule” of the previous years, and what do they portend for the future?

There is much focus today on the differences between the Trump administration and the Biden administration, between the authoritarian and ‘exceptional’ rule of the former, and the benignly ‘normal’ rule expected of the latter. We have all experienced the Trump era as a state of emergency, as a catastrophic hurtling towards a precipice, pushed by biblical plagues and death cults, wildfires and melting icebergs, children plucked from their families and relentless episodes of police killings of Black men and women. From a human rights perspective, there is no question that the Trump era brought racism and economic maldistribution on steroids, but how, from that same perspective, do we come to terms with the pre-history of Trump-era atrocities?

Human rights futures require a long-termist view reaching forward and looking back. There was a certain path dependence that shaped the trajectory of immigration and tax policy, policing practices, and the capacity and orientation of the state’s responses to public health and climate emergencies. The catastrophes of the Trump era had familiar patterns in terms of which people suffered the greatest hits, and who garnered the greatest gains. It has been an era of emergencies that seem to distribute winnings and losses in ways that have rule book predictability. In that sense, for the “tradition of the oppressed,” these catastrophes were not new or exceptional; they have unfolded in ways that were consistent with how things used to be and are likely harbingers of moments to come

Yet within the human rights framework, the dominant “strategies we deployed to defend human rights” in the Trump era have often operated as if all such atrocities were indeed the exception. Consider the Human Rights Council’s response to the police killings of George Floyd, the police reaction to the Black Lives Matter (BLM) protests, and Trump’s threat of even more intense militarization from Minneapolis to Portland. In the weeks following the Floyd killing, the Council convened, issued a resolution censuring “racially discriminatory law enforcement,” and called for “an independent international commission” to study such killings with a view to bring perpetrators to justice. Simultaneously, the resolution was advanced alongside its affirmation of “the critical role played by law enforcement personnel in realizing a safer world,” discussion of proportionality and updating training manuals.

What if the human rights movement pushed for policies that were not tethered to the carceral state?

The resolution is a striking example of how the human rights movement holds the line between emergency and rule. It fits within a familiar cycle of reacting to an instance of systemic abuse by expressing outrage, flagging an atrocity, condemning it, commissioning a report and reaffirming faith in liberal pieties—a ritualistic performance that often seems aimed at exonerating the human rights system (“we took a stand” or “this is not who we are”), rather than changing the political system. If human rights is the problem, it is at least partly because this familiar repertoire of virtue signaling seems to frame events such as the Floyd killing as a violation of how the system is intended to work.

The rituals characteristic of the dominant voices of the human rights world stand in contrast to more radical interventions (such as BLM, for instance), that might even draw on human rights discourse without channeling its dominant voice. This work is much more likely to see itself as political and strategic rather than neutral or technical in defining and intervening in a problem—and perhaps much more likely to engage in civil disobedience and other strategies that interrupt the routines of law and procedure.

The therapeutic certitudes of dominant approaches to human rights may seem especially appealing in this moment of political transition in the U.S.; however, this is precisely the moment when we should heed the insights and strategies of more radical approaches

For instance, following BLM’s analysis, rather than focus only on issues such as torture in incarceration, the death penalty or racial discrimination in sentencing, we should turn our energies to defunding the police and moving towards abolition. In other words, what if the human rights movement pushed for policies that were not tethered to the carceral state?

Or what if, following immigrant rights movements, rather than focus on issues such as due process in immigration hearings, the dominant human rights organizations foregrounded freedom of movement, and embraced civil disobedience in helping people who are crossing borders illegally?

One could imagine resonances with other struggles too. What if the human rights movement focused on support and solidarity for insurgent labor action, from wild cat strikes to other kinds of disruption of routine work, and business-as-usual? Or revived Bandung era solidarities to follow the lead of anti-imperial actors to challenge and refuse new forms of colonial intervention (such as democracy promotion projects and structural adjustment policies).

One of the ways in which the human rights movement becomes the problem is by focusing on the atrocity and ignoring the rule, when its expressions of outrage at catastrophic violence are coupled with normalizing slow violence.

For some, the prospect of business- as-usual may seem especially compelling in the aftermath of the extraordinary threats and uncertainties of the Trump era when all our predictable anchors were falling apart, hellish terrors were unleashed upon the world and rough beasts were slouching towards Bethlehem. The post-emergency rule aura of a Biden presidency may feel as if it were the balm and promise that a battered human rights community needs at this hour.

Yet it is critically important to ask tough questions about when human rights becomes part of the problem, and refuse the anesthetizing effect of the rites and rituals in our received repertoire. As the political pressure barometer is dialed down from “state of emergency” to the default “rule,” we may seamlessly slip back into presidential soft racism, normalized neoliberalism, and imperial intervention that becomes the back story to more atrocity. One of the ways in which the human rights movement becomes the problem is by focusing on the atrocity and ignoring the rule, when its expressions of outrage at catastrophic violence are coupled with normalizing slow violence.

My reflections in this short intervention have focused on the United States, but there are resonances in how the human rights movement has engaged with other contexts too. For instance, it may want to consider the range of critical work on the ways in which we have responded to human rights atrocities by convening yet another commission as a path to justice. Too often such initiatives have instead functioned to displace justice in contexts as diverse as Sri Lanka, Palestine, and South Africa. The call for human rights to learn from the spirit of BLM and like movements is about attending to root causes, but also, as we have suggested above, about developing an alternative practice of political engagement - i.e. what some have described as a politics of interruption, others as a politics of refusal, and yet others as the politics of abolition.

Following the line quoted earlier, Benjamin goes on in the Thesis of History to advise that “our task is to bring about a real state of emergency, and this will improve our position in the struggle against Fascism.” Does the human rights project have a conception of history and the political imagination to “bring about a real state of emergency” through those alternative practices of political engagement? How we approach this question may offer us a clue about whether the human rights project will be part of the problem.