In the United States, gun deaths over the last three decades far exceed those reported in truth commissions and civil wars around the world in the 1970s, 1980s and 1990s.

In 1961, President John F. Kennedy established The Presidential Commission on the Status of Women, a formal body that collected evidence and made recommendations on many of the challenges facing women in the modern American economy, polity and society. No such body has ever been established for the status of African Americans.

It is now time to do so, but its remit should be much wider.

Last week, we witnessed the high profile killings of two young black men: Alton Sterling in Baton Rouge Louisiana and Philando Castile in St. Paul Minnesota. Both killings were captured on video and widely shared on social media, raising significant questions about the use of force by the police and the role that race has to play in such encounters.

Shortly after these two incidents, Micah Xavier Johnson killed five police officers and wounded six others in Dallas, causing mass panic during an otherwise peaceful protest led by the Black Lives Matter social movement. The events in Dallas once again underlined the challenges surrounding race, rights and the ready availability of high-powered weaponry, with all sides of the debate advancing different political agendas. 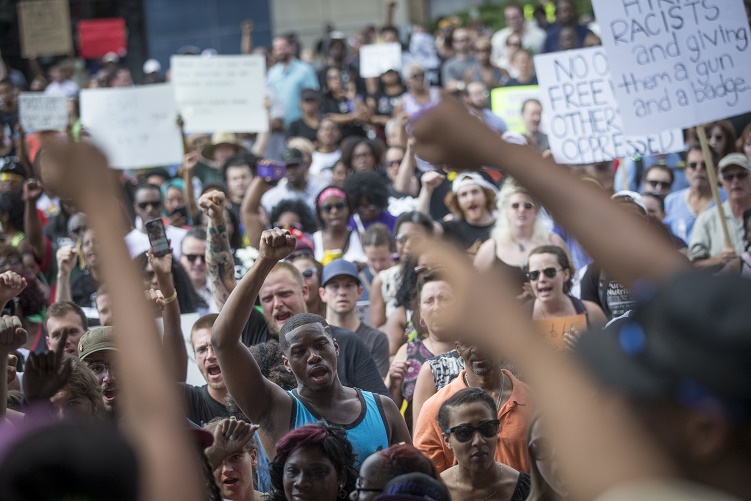 Since the 1961 Presidential Commission, so-called “truth commissions” have proliferated across the world. These commissions have mandates to provide thorough accounts of “past wrongs” that have taken place during prolonged periods of conflict (e.g., El Salvador, Peru, Guatemala, Sierra Leone), foreign occupation (e.g., East Timor), and authoritarian rule (e.g., Argentina, Brazil, Chile, and South Africa). In the United States, the total number of deaths from gun violence over the last three decades far exceeds the totals reported in these truth commissions and other civil wars around the world in the 1970s, 1980s and 1990s.

Based on the Military Tribunal in Nuremburg after World War II, truth commissions typically collect different kinds of evidence using different kinds of methods—such as case studies, public hearings and survey data—and then issue reports on their findings. The South African Truth and Reconciliation Commission is probably the most well known, as it documented more than 21,000 reported killings during the period of Apartheid. The Peruvian Truth and Reconciliation Commission, using more advanced statistical techniques, estimated that between 61,007 and 77,552 people were killed between 1980 and 2000. These and other statistical findings raise awareness about the true nature and extent of violence, the kinds of people who become victims, and findings on the perpetrators of the killings.

There is much debate about the structure, design, outcomes, and impact of truth commissions. They are time consuming and expensive, and they are often better at revealing truth than providing justice. In addition, their findings can be controversial as they illuminate inconvenient truths or new evidence that challenge long-held beliefs and dominant narratives. They do have value, however, in providing a public acknowledgment of past wrongs and a national reckoning, which seeks to be inclusive of all stakeholders, victims, survivors, and their families and friends. Participants and observers have learned many lessons through these commissions. Different countries have adopted different models, while debates in countries such as Spain and the UK (i.e., Northern Ireland) continue as to whether such a body would be appropriate. Indeed, it was only in the past few years that Brazil decided to establish its own truth commission to address the period of military rule between 1964 and 1985.

In the United States there is also a precedent for using this model. The Greensboro Truth and Reconciliation Commission sought to understand and explain violence that took place in November 1979 as a result of conflict between The Communist Workers Party and the Ku Klux Klan. The independent commission sought truth and healing for a city that had been left divided and weakened.

What would an American Truth Commission look like? Like Greensboro, it would need to be independent and have either appointed or democratically elected commissioners, ranging from lawyers, academics, prominent religious leaders, leading media representatives, and members of the general public. It could be established by executive decree (as Kennedy did with the Commission on the Status of Women) and hosted by the US Institute for Peace (USIP), which was established by Congress and has carried out analysis and support for truth commissions around the world. The International Centre for Transitional Justice, a leading non-governmental organisation that has also supported truth commissions worldwide, could assist this process.

It would provide a moment of pause for America to listen to itself.

The American Truth Commission should examine the period from the promulgation of the War on Drugs in 1971 to the present day. Its focus should be on the social, economic, legal, and political status of all groups in America. It should be inclusive of all main political factions and bear witness to all groups affected by the cycle of violence, poverty, and division in American society. It should carry out rigorous and systematic epidemiological analysis of gun violence, focusing on the true nature and extent of the violence. It should hear testimony from the gun lobby, gun control lobby, health professionals, the police and other law enforcement officials, as well as civil liberties groups and other parties with a view on violence in America.

Such a commission would take time and would produce a significant number of volumes, like the truth commissions mentioned above and much like the Chilcot Inquiry into the Iraq War published last week in the United Kingdom. It would provide a moment of pause for America to listen to itself. To its own voices. To its own people. To its own pain. The outcomes and impact for any such commission would vary according to the initial mandate. Systematic and rigorous analysis, complemented with real human stories, can alter collective consciousness about root problems in society across a wide range of issues and can lead to new legislation on key policy areas. Indeed, in The Justice Cascade, Kathryn Sikkink demonstrated through a cross-national analysis of countries in Latin America that the presence of some form of transitional justice mechanism (of which truth commissions are one example) has a positive impact on the status of human rights in the years that follow.

The alternative to having such a commission is further division and a cycle of violence that will only result in more citizen deaths. Many commentators worry that America is now at a significant tipping point, where unresolved differences, a highly contested and fraught electoral campaign, and the continued access to guns provides the foundations for a failed state and a downward spiral into civil war, or at least a chilling echo of the societal unrest that characterised America in 1968.

Only by stepping back, coming together, sharing stories, and once again connecting in ways that recognise our common human dignity, can we find the much-needed foundation for peace, reconciliation, and a secure future for our children.