A new report suggests sexual violence against men and boys in widespread in the Syria conflict. And this largely unacknowledged abuse is barely addressed in the humanitarian response. 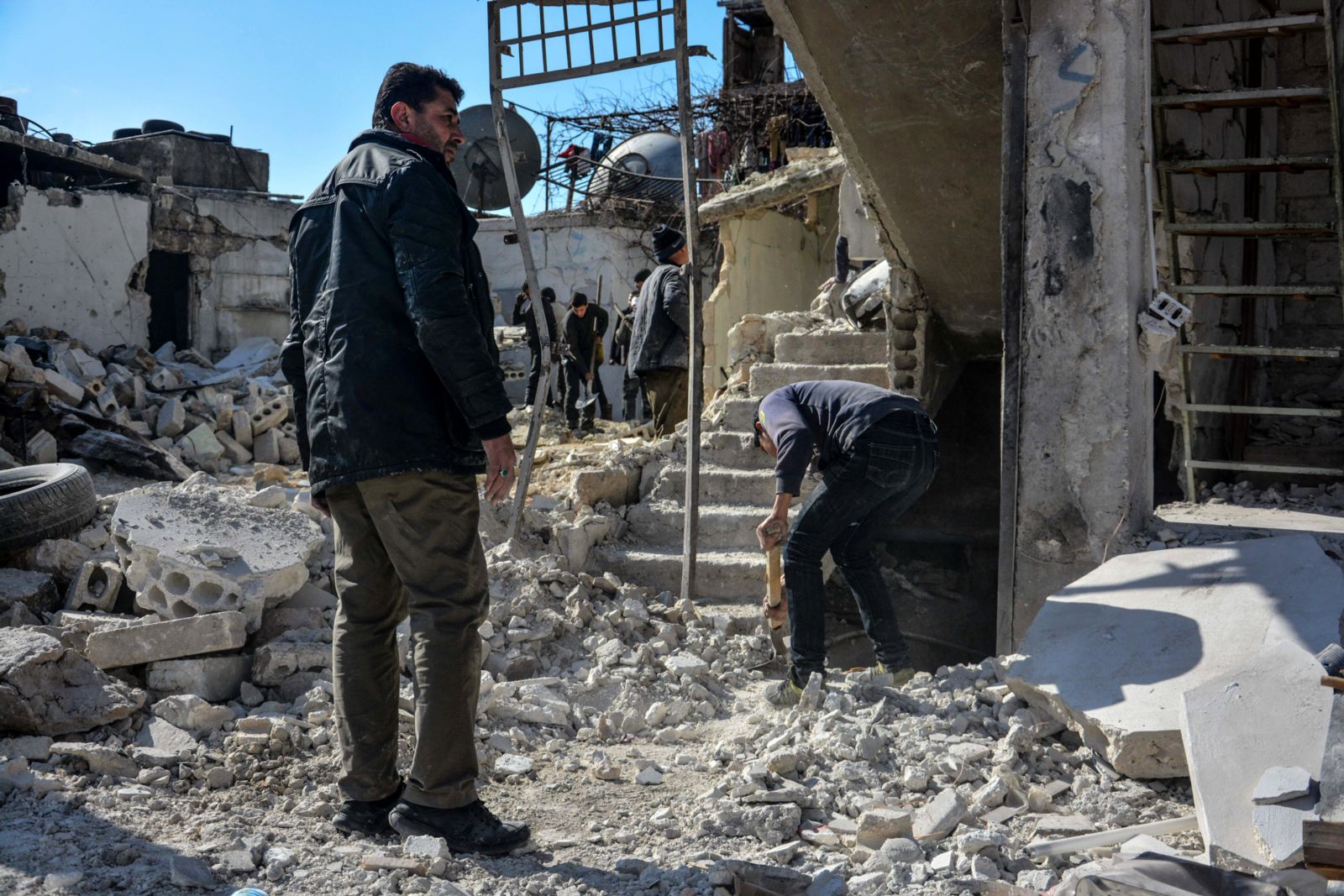 Seven years of armed conflict in Syria has resulted in a human rights and humanitarian crisis of staggering proportions in which the civilian population suffers daily threats to life, dignity and wellbeing. The conflict has also given rise to massive internal displacement and an unprecedented refugee crisis in which millions of people have fled the country. Turkey hosts by far the greatest number of refugees from Syria, at just over 3.5 million people.

Conflict-related sexual violence is among the many human rights violations that have characterised the armed conflict in Syria. While remaining a devestating problem for women and girls, sexual violence against men and boys has also been documented by the UN and by international and national non-governmental organisations. Previous research has also revealed the ongoing risk of sexual violence to men and boys and to specific groups such as LBGT+ people as they flee Syria and in countries of asylum.

Video produced by the All Survivors Project.

We found a lack of systematic effort to provide care and support for male survivors of sexual violence in Syria. There exists a situation of structural exclusion of male survivors from accessing timely, quality, safe, confidential, survivor-centred assistance and support. A combination of factors facilitate sexual violence against men and boys and contribute to the de facto impunity for those responsible. These include the lack of protection against rape for men and boys under Syrian law; the lack of access by independent monitors and humanitarian actors to places of detention; the lack of progress in agreeing to action plans to end and prevent grave violations against children, including sexual violence, with UN “listed” state security forces and non-state armed groups; and the lack of criminal prosecutions of those responsible.

In addition, there are specific ‘internal barriers’ within the humanitarian community, primary among which is a lack of acknowledgement that sexual violence can affect men and boys as well as women and girls. As a result, men and boys are largely overlooked in policy and planning discussions. This results in a lack of outreach to and specific services for male survivors. Stereotypical ideas of masculinity were also seen as reinforcing perceptions among humanitarian workers that men can look after themselves and do not need help, and/or of men as perpetrators rather than victims. Insufficient capacity building and training of staff, and existing cultural barriers which permeate most of the humanitarian community are other reasons why men and boys are overlooked.

Whether sexual violence occurred in Syria or Turkey, our interviewees told us about the devastating consequences it has on male survivors, their families and communities. They described physical injuries, and the short- and long-term psychological impacts on survivors including shame, loss of confidence, sleep disorders, feelings of powerlessness, confusion and suicidal thoughts. Feelings of emasculation and self-blame were also common issues, which were attributed to cultural norms and expectations of the roles of men and boys, including their role in protecting themselves and their families. Discriminatory laws, prejudice against LBGT+ people, rigid gender norms, and misunderstandings of sexual violence against males, was also seen as contributing to survivors being perceived as homosexual and of creating fear and anxiety among survivors about their own sexual orientation or identity.  “It is completely destroying for men. If it becomes known that this man [was subjected to sexual violence], it means that this man has to leave this community [and go] where nobody knows that he has been sexually abused,” a key informant told us.

Dedicated funds are needed to ensure that responses for men and boys are put in place without diverting much needed programmes for women and girls. Additionally, there is a need for support to provide long-term, in- depth rehabilitation programmes for survivors of sexual torture and other traumatic forms of sexual violence. This model is less attractive to donors because the intensive, one-on-one nature of the work means that beneficiary numbers are lower than more generalised psychosocial support programmes.

Mostly, coordinated strategies need to be developed and implemented by human rights, humanitarian and other actors to prevent sexual violence against men and boys in Syria. Priorities should include the amendment of national laws to provide legal protection for men and boys and decriminalisation of homosexuality, and independent monitoring of all government and non-state armed group detention facilities in Syria.  High-level engagement is also needed with state armed forces, and with armed groups listed in the UN Secretary-General’s Annual Report on Children and Armed Conflict, to agree action plans to end and prevent such violations.

Our research on Syria confirms what we’ve documented elsewhere. Sexual violence against men and boys has a deeply corrosive impact on individuals, their families and communities. Humanitarians need to address this hidden violation among besieged populations.