Battling exclusion: giving a voice to women affected by leprosy

Women affected by leprosy in India and beyond face high levels of discrimination and stigmatization, with virtually no legal recourse or social support—what can help their voices reach the public and political spheres? 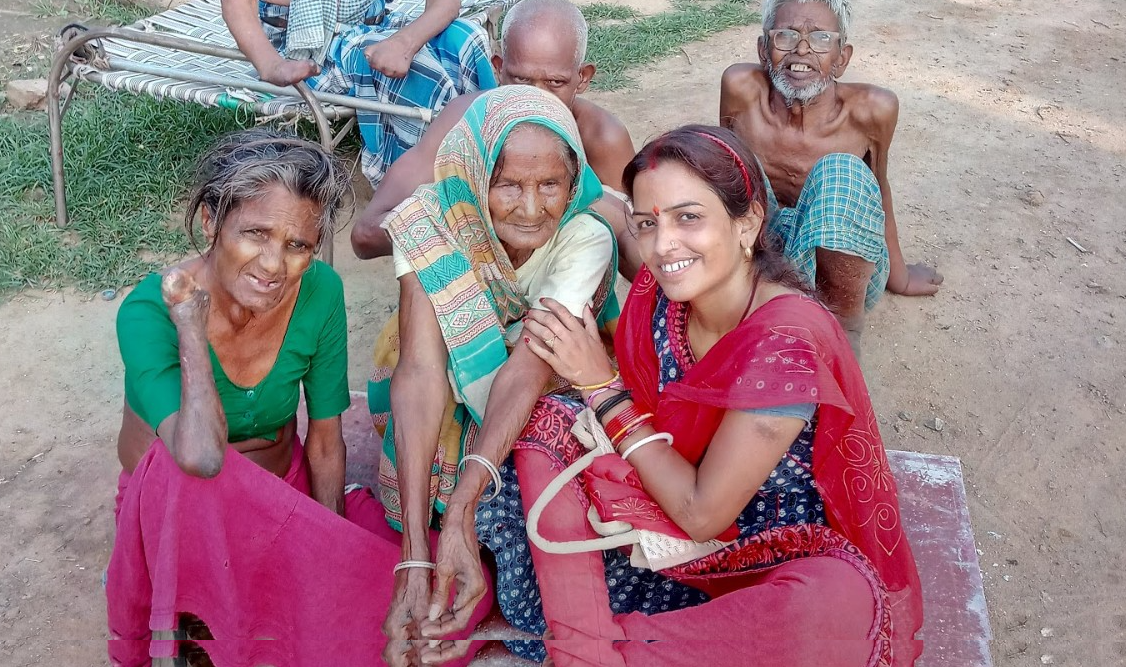 Evidence indicates that women affected by leprosy are structurally more discriminated against than men.

Discrimination against women affected by leprosy is multi-layered and silences their voices all over the world. Through my work as a researcher and activist, I have come across countless stories of discrimination, violence, exclusion, and physical and psychological pain in different countries and continents. Despite particularities, each and every one of these stories share the same intersectional patterns of stigma associated with leprosy and gender inequality.

In her historic essay, the Indian scholar Gayatri Spivak inquires if people from colonized and marginalized populations—the subaltern—can speak. Specifically, Spivak questions whether Indian women can be heard in public spaces, in the academy and in decision-making processes in the political sphere.  Spivak is writing from the country with the highest burden of leprosy in the world, and her question is a critical one, especially considering that India has signed the Convention on the Elimination of Discrimination against Women (CEDAW). Yet Indian women—particularly those affected by leprosy—continue to face widespread stigmatization and discrimination, primarily inside the private sphere and based on gender stereotypes that women are inferior to men. Compounding the problem is that Indian women often find themselves without legal protection against discrimination related to leprosy.

“In India, humiliation and prejudice related to leprosy are very harsh, even more to a woman. My parents-in-law kicked me out of the house. My parents spent all their money supporting me and taking care of my children while I looked for medical assistance... Being affected by leprosy, especially if you are poor, is a heavy burden… There is no hope in the childhood and future of affected girls… Violence against women is threefold: gender, stigma and disabilities… It causes suicidal thoughts in women. As for domestic violence, either the woman accepts living with that suffering, or decides to go to the courts. However, there is no support or counselling system in these cases.”

This discrimination even affects biomedical responses to leprosy. One example is the medical consensus—which dominated for decades—that leprosy was more prevalent among men, ignoring the fact that women in different regions have less access to healthcare. Another example is thalidomide, a drug that treats nerve-damaging reactions (the main cause of leprosy-related impairment and the disability associated with it), but comes with side effects that severely damage women’s sexual and reproductive health.

The recognition of women’s central role in family healthcare—especially reproductive and children’s health—dismantled the misconception that men were more affected by leprosy, and since then the World Health Organization has recognized women as a priority group. But even with this recognition, women affected by leprosy are barely heard in public spaces.

Globally, there is a general underrepresentation of women in political and public life. But the absence of women affected by leprosy in programs and policies that directly affect them, as well as in the leaderships of NGOs and organizations of persons affected by leprosy, is alarming and indicates that they are certainly not being heard. If there is a current consensus about the need for a wider participation of persons affected by leprosy in making decisions on issues concerning their lives, then there must be a genuine and concerted effort to incorporate gender equality in these demands and participation exercises.

In addition, if we listen to the testimonials of many affected women, we would understand how their vulnerability to discrimination increases as it intersects with poverty, low educational levels, race, religion, disability, and other social conditions. By securing the rights to education, work, and to economic independence—in sum, to live a dignified and full life—obstacles to functional and comprehensive access to the right to health could be diminished. Considering how important women are for overall family health, this increased access could then lead to a decrease in leprosy transmission rates. These women’s testimonials would also speak about an ethics of care as an everyday exercise to generate, reproduce and maintain life (developed by women in different cultures and historic periods) that might help decision makers understand why curing is not the same as healing, and that persons affected by leprosy demand full rehabilitation

Besides affirmative action that secures women’s participation in civil society organizations and decision-making processes at the state level, it is essential that states take immediate action to allow affected women’s voices to be heard. Governments need to ensure the following:

As stated in my report, civic, public and political participation of persons affected by leprosy is the key. However, in order to achieve this, it is necessary to implement affirmative measures and cross-sectorial policies to face both the intersection of leprosy with other processes and social identities subject to oppression (e.g., gender, age, class, race, and disability) and the vulnerability that keeps affected persons inside a spiral of disadvantage. In future reports, I aim to produce new evidence that can inform public policies, and I will continue to emphasize that the voices of women, their knowledge, ethics of care, and practices of resilience will help us to develop better practices for the elimination of discrimination against persons affected by leprosy and their families.

Alice Cruz is the United Nations Special Rapporteur on the elimination of discrimination against persons affected by leprosy and their family members.