A new initiative in Bulgaria aims to reinvigorate support for democratic values and human rights by directly engaging citizens in a bottom-up process of deliberative democracy. 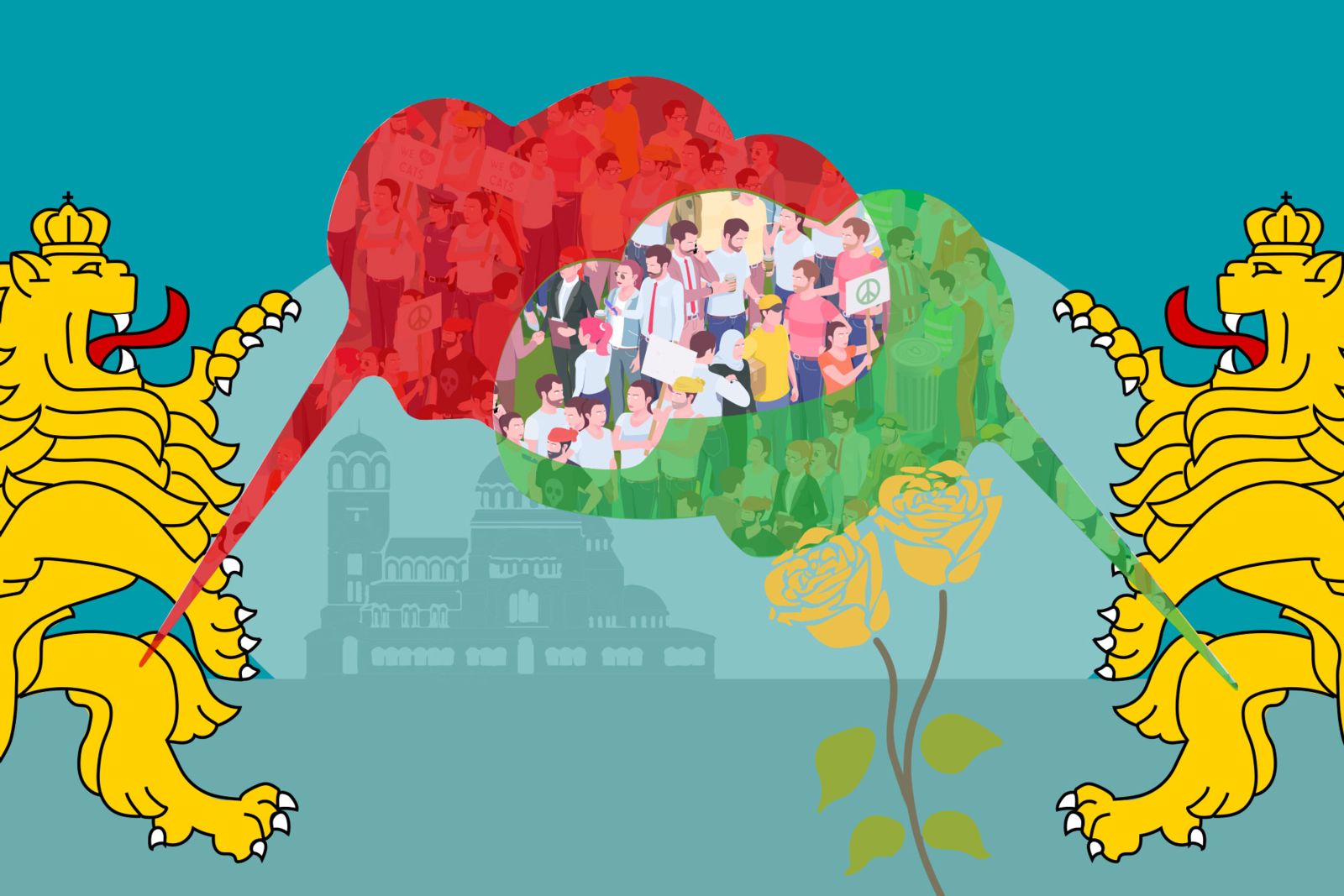 Following the end of communism in Eastern Europe and the introduction of pluralistic political systems in the latter part of the 20th century, democratic institutions, human rights, and the rule of law seemed to have settled in. But as we moved into the 21st century, illiberal policies appeared and began their slow but steady advance throughout the region. In Bulgaria, as in much of Central and Eastern Europe, the last decade has seen a backsliding of liberal democracy. Media freedom is limited, and media capture is at an advanced stage. In 2019, Bulgaria was ranked 111th (out of 180 countries) in media freedom by Reporters without Borders. This was the lowest score of all European countries, except Belarus and Russia.

In June 2019, the government, pressured by a strong, anti-liberal citizens’ movement, withdrew a rights-based National Child Strategy. In July, the constitutional court, giving in to a sweeping campaign against “gender ideology”, found that the Council of Europe’s Istanbul Convention on Domestic and Gender-based Violence was unconstitutional. In December, cowed by the same type of pressure, the government stopped a 2019 Social Services Act from entering into force. It allegedly ran counter to “traditional family values”, and allowed civil society organizations to participate in the provision of social services.

The trend of closing space for pro-democracy civil society persists. Particularly affected are human rights NGOs, but now social service providers who are also seen as “foreign agents” have come under attack. In the fall of 2019, a Deputy Prime minister called for a ban on the Bulgarian Helsinki Committee (BHC), the country’s largest human rights organization. He claimed that the organization was “exerting direct and indirect pressure on Bulgarian magistrates and conducting anti-constitutional, illegal, immoral and openly anti-Bulgarian activities”. More than 70 Bulgarian and 40 foreign and international NGOs, including Amnesty International and Human Rights Watch, condemned the attempts to outlaw the BHC.

In this context, there is a persistent need to rethink and reset rights activism. In Bulgaria, we have decided that countering the illiberal trend requires reaching out to broad segments of the public, in a manner that would enhance the mass appeal of liberal values. The major rights groups have a duty to serve as a catalyst for a broader liberal movement, as current serial assaults on democracy undermine the very foundation of rights defense. This does not mean replacing established human rights work, but rather upgrading by mobilizing around a broader democracy agenda.

By referring to abstract human rights ideas and promoting democratic values in rational but expressively unimaginative ways, liberal leaders have been losing hearts and minds.

To this end, the Bulgarian Helsinki Committee launched BOLD (Bulgarians Organizing for Liberal Democracy). This is an attempt to consolidate a measurable, tangible and coherent supporter base through both off-line and online organizing. We have engaged activists, including youth leaders, in forging and testing new communication strategies and improving the response to anti-liberal campaigns. As in many other countries, liberal democratic actors have been losing communication battles against illiberal, authoritarian movements. Both liberal intellectuals and rights activists have failed to match the far more effective, narrative-driven, emotive, even visceral messages of their adversaries. By referring to abstract human rights ideas and promoting democratic values in rational but expressively unimaginative ways, liberal leaders have been losing hearts and minds. Forming BOLD as a club-like constituency to co-create new communication approaches and turn the tide, is a small but interesting local experiment that has recently shown some promising results

For example, BOLD held a public discussion to address the question, ‘Can the Rights of the Child Be Contrary to the Rights of Their Own Family?’. The event brought together seemingly incompatible policy groups, including the leaders of anti-liberal protest movements that had, over the preceding 24 months, successfully blocked all rights-based legislation and policies in the area of gender equality, child rights and family policy. Before this, the debate had been little more than online shouting matches. Now, rather than responding to attacks, BOLD speakers chose to assertively identify and highlight significant common ground. For example, the anti-liberal protesters were opposing what they saw as intrusive state policies of removing children from their families and placing them in alternative care as a violation of family rights and traditional values. BOLD speakers amply acknowledged existing bad practices of alternative child care, and disarmed the opponents by insisting that the best environment for child development and wellbeing is indeed the family. Then we discovered we had some overlapping policy demands directed at the government. In the end, quite remarkably, the two camps were shaking hands, planning next steps.

In the end, quite remarkably, the two camps were shaking hands, planning next steps.

BOLD built an online membership platform as a tool to mobilize supporters, develop policy positions, and agree actions. BOLD members register on the platform with unique credentials, and  membership is conditioned on recommendations by a minimum of two current members, or a meeting in person with existing members. This approach is based on lessons learned that open-ended, online forums dominated by anonymous contributors and bots are counterproductive for pro-democracy organizing. They have often served as a vehicle for advancing hate and intolerance.

We aim for a model of deliberative decision-making that resolves the tension between the depth of the discussion and the size of the group, allowing a large number of members to engage in-depth, and progressing the discussion through a number of rounds leading up to decisions. A moderator leads a discussion. All posts are visible to all, and through rounds of commenting a consensus is reached, or, if necessary, a vote is held on the points in dispute. We publicize positions containing both consensual and non-consensual views in two distinct parts, rather than hiding from the public the range of opinions within the generally like-minded membership. Members can post views on substance and process. The purpose is to ensure high quality, democratic participation within the group.

Cyber-security is a high priority for BOLD as attempts have already been made to gain unauthorized access to its platform, despite the double verification required. It is likely that bots reacting to key words have also breeched the security barrier. From the start, we have also been exploring whether block chain technologies have something to contribute to our initiative, in terms of both security and transparency, and the accountability of moderators of each thematic discussion. We are still in search of a partner who could help in this regard.

BOLD is still in its early days. We are experimenting and learning as we develop the organization’s methodologies and choose what actions to take. It is already clear, however, that a rigorous commitment to truly deliberative democracy in decision-making, and a willingness to be open-minded and creative in disarming the illiberal attacks, will both remain key attributes going forward.