The UK looked set to undermine the international prohibition against torture, but relentless campaigning and shaming forced a change. 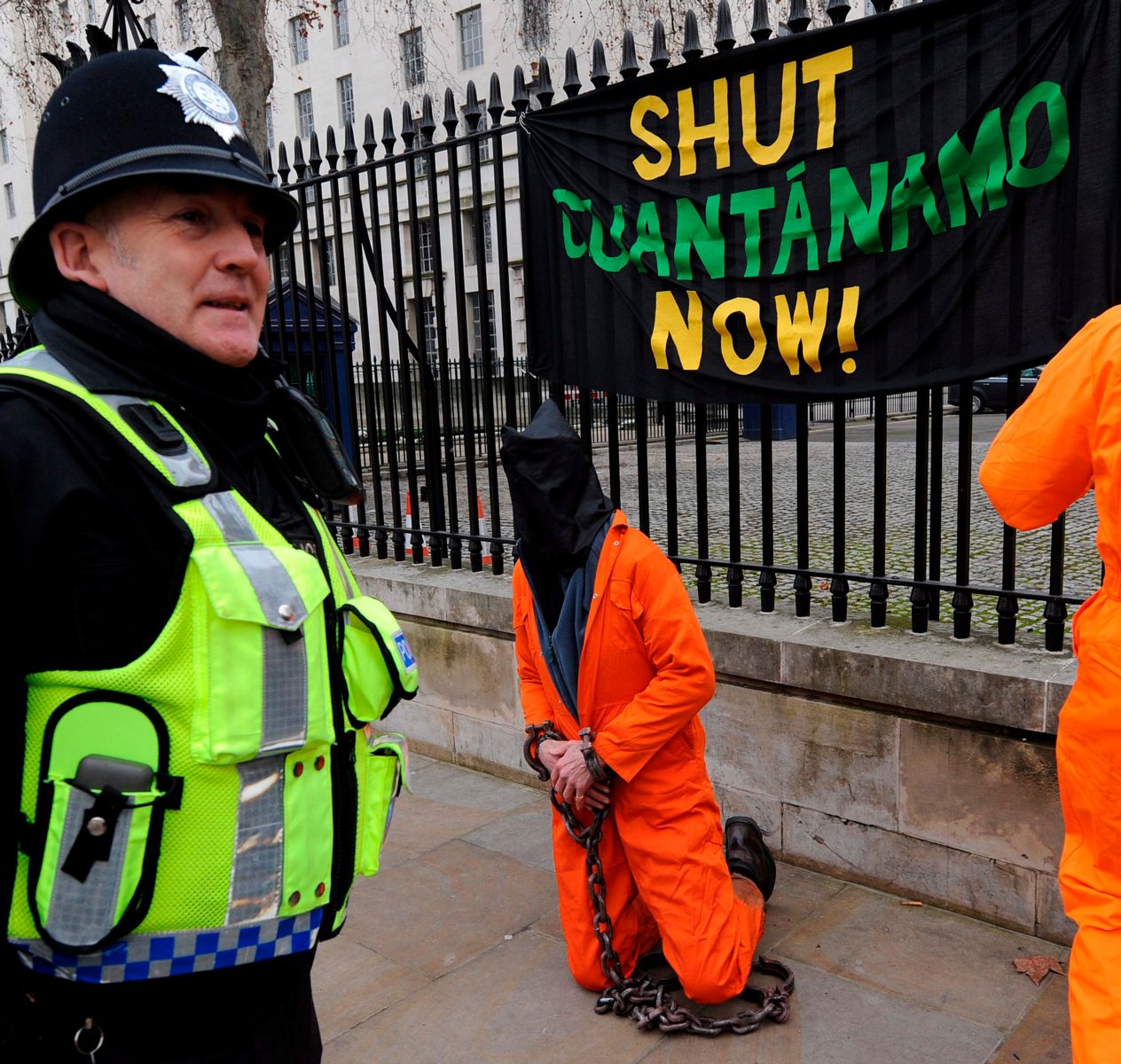 A protester dressed in a jumpsuit similar to those used by Guantanamo prisoners demonstrates outside Downing Street in London, United Kingdom, EFE / Andy Rain

The UK’s Overseas Operations Bill passed into law in late April 2021 following a long debate on whether it could undermine international laws against torture and war crimes. This debate showed once again that while the British government tends not to willingly do the right thing on these issues, if it is shamed and criticized enough, it may eventually pay due regard to the international prohibition against torture."

Launched last year to protect British troops from vexatious legal claims, the bill initially included a presumption against prosecution for torture and war crimes allegations that were more than five years old.

As such cases can take years to put together, this raised the deeply troubling prospect of effective impunity for soldiers accused of heinous crimes. With its 80 seat majority, Boris Johnson’s government looked set to force the bill through parliament with this measure intact.

Yet, having been roundly criticised for introducing a shameful form of impunity, the government made a major U-turn at the end of the parliamentary process, agreeing to exclude torture and war crimes from its legal reform.

This unexpected turn of events offers an insight into how human rights advocacy on torture can work, namely–who to select to push the arguments and which arguments cut through most powerfully.

A coalition of human rights organizations mounted a relentless campaign against the bill alongside members of parliament, lawyers, and notably, torture survivors. Ex-generals and former defense ministers also played a crucial role because they had the authority to counter government claims that its bill was necessary for the protection of soldiers.

While survivors spoke compellingly on the pain, suffering, and moral impermissibility of torture, sadly, my research on two decades of British parliamentary and public debate indicates that the ethical argument rarely cuts through to policymakers. The government has never fully accepted the  argument that torture and inhuman treatment is always wrong. To do so even seems like a sign of weakness to certain policymakers.

As the then Home Secretary Reginald Maudling told parliament in 1971: “Torture is not acceptable, but merely asking [detainees] if they would be good enough to help in the investigation is equally not acceptable.”

The government has never fully accepted the  argument that torture and inhuman treatment is always wrong.

After 9/11, while British ministers stated that torture was not morally acceptable, they also raised doubts on the ethical issue, speaking of “dilemmas” and “incredibly difficult judgement calls,” in circumstances where the need for foreign intelligence potentially obtained through torture was vital in the fight against terrorism. During the ten years that followed, UK officials showed few qualms about being complicit in torture or mistreatment carried out by foreign security services.

One of the arguments that did cut through, however, focused on the damage caused to the UK’s international reputation from being involved in torture–which has always been a strategy that seems to work. When the European Court of Human Rights ruled in 1978 that British interrogations in Northern Ireland had violated the European Convention on Human Rights, the government was embarrassed and felt that its international reputation had been tarnished. After United Nations and European monitors documented a series of allegations of ill-treatment in Northern Ireland detention centres in the early 1990s, the government took steps to clean up its act.

During the “War on Terror,” a concern for reputation motivated UK officials to generally avoid perpetrating torture themselves. Even private communications spoke of reputational damage and the need to avoid violating Britain’s international commitments.

In January 2002, for example, British intelligence chiefs warned their officers about US abuses in Afghanistan, stating: “Her Majesty’s Government’s stated commitment to human rights makes it important that the Americans understand that we cannot be party to such ill-treatment nor can we be seen to condone it.”

Over the last six months, as a series of ex-generals and prominent defense figures came forward to criticize the Overseas Operations Bill, they invoked the reputational damage argument again and again.

Former Defense Secretary and NATO Secretary-General, George Robertson led opposition to the bill in the upper house of parliament, the House of Lords, warning that the government’s plans in respect of torture and war crimes allegations would do “lasting and serious damage [to]…our Armed Forces and the reputation of this country.” Lord Guthrie, a former chief of the defense staff, called it “a stain on the country’s reputation.”

Even the right-wing Daily Mail newspaper started to cover the United Nations’ and former generals’ opposition to the bill, as it published an editorial, which stated that “implying troops are untouchable sends a dangerous message” and was a “shameful moral failure” which “drives a coach and horses through Britain’s international reputation.”

The government was facing a chorus of criticism and it suffered a series of defeats on the bill in the House of Lords. As the last days of the parliamentary session approached, ministers finally began to make concessions, announcing that torture, crimes against humanity, and war crimes would be excluded from the presumption against prosecution.

Leo Docherty, a junior defense minister, conceded that the government had made its U-turn “in order to prevent any further perceived damage to the UK’s reputation in respect of our ongoing commitment to uphold the rule of law and our international obligations, particularly the UN convention against torture.”

Though critics and the government were now both emphasizing reputation, their exchange was less about genuinely persuading ministers and more about pressuring them, and making their claims appear unsustainable in the eyes of the parliamentary, military, and policy communities following the issue. The government was eventually forced to concede that their plans on torture and war crimes would damage the UK’s international standing.

While there are dangers to purely consequentialist arguments like this one, they have often offered a viable way for campaigners and critics to push the British government away from torture. And when military and security actors play a prominent role in the campaign, ministers find it harder to resist them. My current research looks at whether such patterns can also be found beyond the UK in other democracies, such as Spain and the United States.

It is disappointing in many ways that reputational damage and the status of those driving the opposition seems to be what cuts through, rather than the unacceptable morality of torture. Nevertheless, an understanding of these realities is useful to citizens and activists campaigning to ensure that the UK and other democracies steer clear of involvement in torture and war crimes.

Frank Foley is a senior lecturer in the department of war studies at King’s College London. He researches counterterrorism and human rights, and his latest project examines the (de)legitimation of torture.