Despite being important social actors in times of crisis, women’s contributions and work are often erased and neglected. In Serbia, under Slobodan Milošević’s regime, feminist groups were some of the first to oppose the war and lead nonviolent protests against the authoritarian regime. Our current patriarchal, militarist and clerical environments seriously marginalize women, resulting in a society that does not understand the concept or value of investing in women. Despite the uphill battle, there are groups in Serbia making much-needed efforts to bring women’s issues and rights to the spotlight.

As a feminist foundation, the Reconstruction Women’s Fund (RWF) is the only local funder that mobilizes resources to strengthen women’s organizations in Serbia. In 2015, we issued 60 grants to 43 different groups through our grantmaking programs and 13 of these went to first-time grantees. The groups come from 18 different locations and some of them are working in their wider surroundings. Also, as part of our “Žarana Papić” progam, we awarded three stipends for women’s or gender studies at the master’s and PhD level, and two stipends have been conditionally approved for the second semester of 2016. Over the past year, RWF provided $131,644 in grants and issued $27,229 in indirect support.

Philanthropy for us means investing in a better future, building together the relations of equality, solidarity, transparency and humanity. However, over the years, society has shifted and generosity seems less common than it once was. Recently, 73% of surveyed Serbians stated that donations for the public good are too scarce, and the most common reasons cited were lack of resources, people being overburdened by their own problems, and mistrust in where the funds would go. Many Serbians now work under inhumane conditions, submitting to harmful situations just to survive, often risking their health but with no money for medicine. Education has been privatized and has deteriorated, and the social system does not offer adequate protection for most people. Women have the double burden of worrying about their job security while also doing most of the housework and family care.

With most Serbians preoccupied with their own struggle to survive, it hasn’t been easy to earn people’s trust so that they will support our work and invest in-kind or financially into our activities. Yet we know that local resource mobilization is crucial to our work. In order to address a wide range of potential donors, we had to understand and acknowledge the context, circumstances and the overall situation we live in. Like other women’s funds, we have had to get creative in our local fundraising efforts. 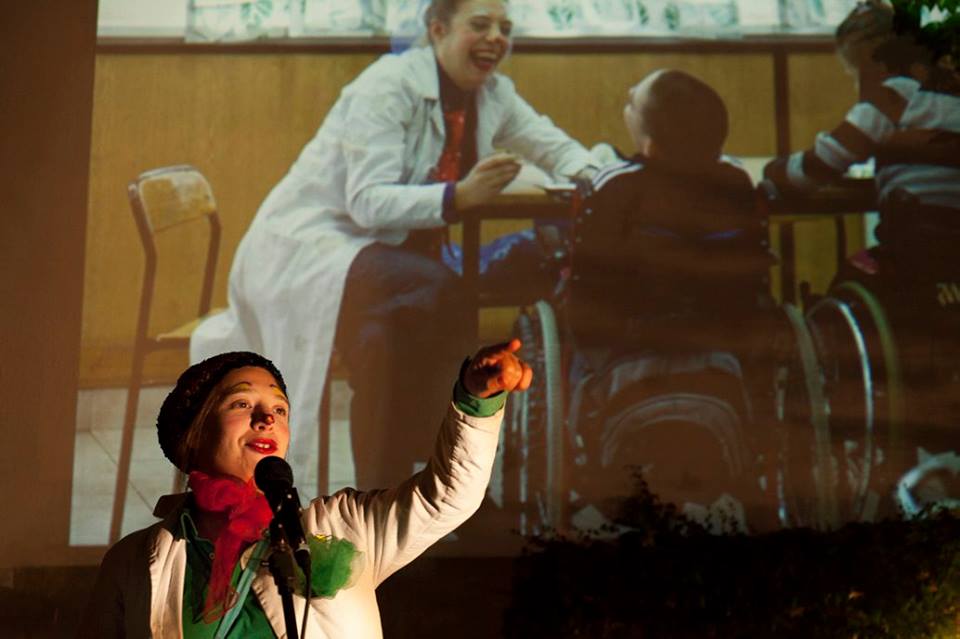 For example, when floods hit Serbia in May 2014, causing deaths and substantial material damage, the state failed to act as needed. Because this is often the case, the situation required rapid self-organization. RWF was in the field quickly, mapping needs, distributing help and communicating with people. We were not alone, of course—the natural disaster widely raised the level of solidarity and understanding among our communities.

During this difficult time, we organized a series of humanitarian-political events called “Sisters Are Doing It Best”. We developed three themed events at cafés and cultural institutions, raising money for our partners who were helping people in distress. Every event had a specific theme, engaged activists as panelists and artists (e.g., music, DJs, performances). By working with the accommodating hosts, we were able to use their premises free of charge in addition to receiving a percentage of money the venues earned through drink sales. The campaign has been one of our most successful local resource mobilization initiatives, raising over $1,000 to date.

Most Serbians see philanthropy as providing services for the needy, not necessarily as supporting social change.

One of the things we learned through this campaign was that feeling connected to a specific story increases the likelihood that people will feel compelled to give. It also builds trust and assuages fears about corruption. As most Serbians see philanthropy as providing services for the needy, not necessarily as supporting social change, knowing their donations will have concrete outcomes can help, but we share information from the ground so that people also learn about women’s activism.  For example, we specifically raised money to help a settlement in Veliki Crljani where underwear and socks were desperately needed.  Displaced people in the settlement of Karadjordjevo needed food and hygiene, and one woman from Mladenovac (a survivor of domestic violence) who was living in difficult conditions with her ill daughter, needed a roof. And in our most recent action, we collected donations to support women victims of violence.

Another initiative we have joined is Delicatessen Mondays, which happens every week in the Cultural Center GRAD where various organizations, associations and companies make food and sell it cheaply. This community event offers opportunities for people to eat interesting food at affordable rates, to connect with new people, to build relationships and to raise money for specific causes.

We also use these spaces to raise awareness of feminist philanthropy. Fundraising and awareness efforts need to be fun, and these are truly magical evenings that open the path for other women’s organizations to connect with each other.

This type of community building and simply offering comfort and emotional support is an integral aspect of our work, alongside material support. We have found this exchanging of experiences to be crucial to social change. One of our participants recently said to us: “It’s not only that you offered me the words of comfort, but, you really helped me…I was helped both physically and psychologically.”

As another part of our feminist philanthropy actions, RWF considers cooperation with other initiatives and foundations to be an opportunity for raising awareness and helping others. Over time we have built a successful cooperation with Catalyst Balkans, an organization that supports the development and expansion of locally sourced philanthropy in the Balkan region. We provide Catalyst Balkans with advice and recommendations on women’s rights organizations. Through this exchange, we recently funded a local cooperative of women from Niš, Zadrugarice. Making connections so that women’s organizations can take the next steps in their development is an important part of our job.