Human rights mapping has been key to global advocacy for LGBT+ and can be used elsewhere to flag issues of concern and provide empirical data on rights violations. 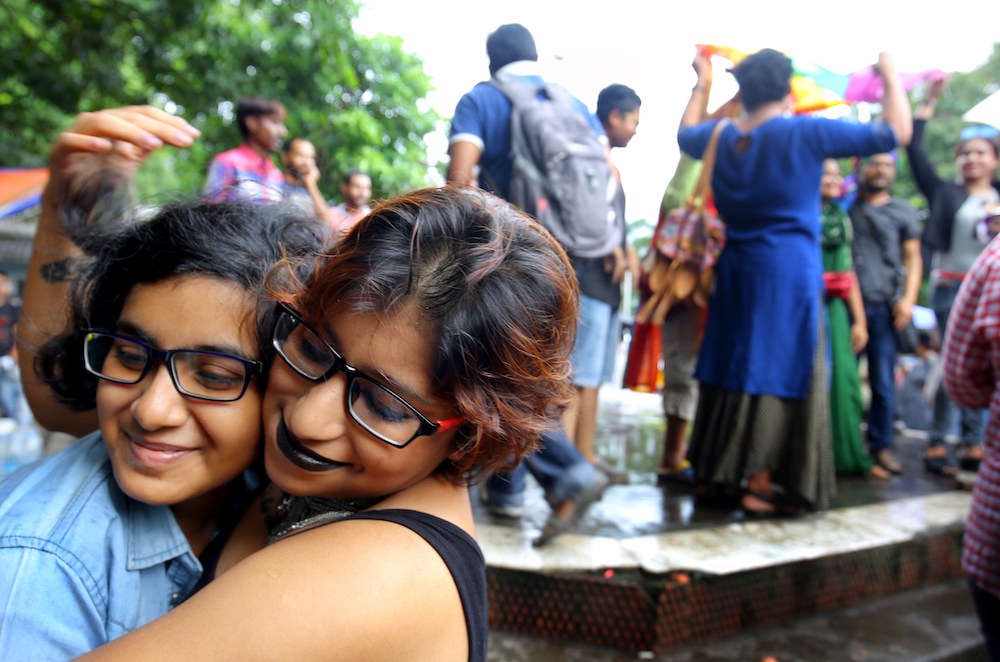 Why do organizations map human rights? I used to ask this question every time I stumbled upon another map of certain freedoms in the world. I did not comprehend the significance of the geographical dimension of human rights and its benefits, until I was asked to analyze the ILGA World’s report, State-Sponsored Homophobia. This report is a comprehensive map of legislation related to LGBT+ rights, accompanied by experts’ comments on major developments in the global fight for non-discrimination on the grounds of sexual orientation, gender identity, gender expression, and sex characteristics (SOGIESC). Various rights actors around the world use this report as a credible source of information on comparative law related to SOGIESC.

First, activists use such human rights mapping for various international advocacy efforts. For example, the Report is systematically used by intergovernmental organizations, such as the United Nations (UN), Council of Europe, and the European Union. At the level of UN High Commissioner for Human Rights, and an Independent Expert on  protection against violence and discrimination based on sexual orientation and gender identity, the report was used to raise awareness of SOGIESC issues in international human rights law. The High Commissioner for Refugees used it to consult the Dutch Council of State on an asylum seeker’s case, and the Special Rapporteur on the right of everyone to the enjoyment of the highest attainable standard of physical and mental health used it to draw the connection between SOGI and the right to health. Also, the Special Rapporteur on the situation of human rights in Belarus used the report to denounce the Belarussian gay propaganda legislative initiative, and the Joint UN Program on HIV/AIDS used it to fight against the prosecution of LGBT+ people as a means to prevent the spread of HIV.

Sometimes, human rights mapping is an indispensable source of information and advocacy tool in closed communities where the study of a human rights situation is complicated. For example, civil society organizations used the Report in shadow reports to the UN Universal Periodic Review on the situations in Vanuatu, Kenya, Swaziland, and Tajikistan. Immigration authorities in Canada, Austria, Ireland, Australia, France, United Kingdom, USA, Switzerland, Finland, human rights organizations, and expert organizations have also issued their recommendations on specific countries based on the Report. As an illustration, the Immigration and Protection Tribunal of New Zealand used the Report’s data to recognize an applicant as a refugee under fear of being persecuted in India due to being LGBT. In this manner, the information from the Report was even used in an asylum case by the European Court of Human Rights.

Perhaps the most inspiring advocacy potential of human rights mapping is national advocacy.

Perhaps the most inspiring advocacy potential of human rights mapping is national advocacy. For example, the Supreme Court of India cited the Report in its prominent decision on the decriminalization of consensual same-sex sexual relationships. Also, the courts accept amicus curiae briefs based on the Report both from national and international actors. In addition to official issues, human rights maps can be widely used by international and regional actors in their work. The world-famous human rights organizations used the Report in their advocacy, namely, in Human Rights Watch country reports, Article 19 policy briefs, Child Rights International Network submissions, Human Rights First overviews, and Amnesty international policies. Media, from local to the more prominent outlets such as The London Guardian and Forbes, utilized the Report as one of the most reliable sources of information on the topic. The Report’s security potential has been realized by travel safety guides and dating apps like Tinder and Scruff. Finally, human rights mapping can help scholars and organizations around the world dealing with a great variety of issues such as the death penalty, soccer, situations with human rights defenders, librarianship, and even Brexit.

However, some scholars have criticized the Report creators of racism, dividing communities, “gay imperialism,” new colonialism, the imposing of “Western understanding of sexuality,” and failure to reflect the living realities of LGBT+ people acknowledging the difference between legislation and practice.

Aggregating the multiple sources of data into one visual and easily understandable representation, accessible to anyone, allows us to see the chronology of human rights development.

In my opinion, these critiques are contestable. The reflection of the realities or personal stories of success under repressive legislation is not the only purpose of human rights mapping, and sometimes not a purpose at all. For example, ILGA World is addressing the purpose of collecting information from the field by other specific means: the Global Attitudes Survey on the LGBT+ people’s living realities. In contrast, the Report serves as a powerful weapon of rights advocacy aimed at structural changes in legislation and an official source of legal information. The official nature of the Report allows stakeholders to exert political pressure in their countries by comparison and advocacy for the best world political practices, to provide support for asylum cases, to measure and analyze the visible and objective progress in the global struggle for LGBT+ rights, and to protect LGBT+ tourists from risks associated with travel in certain countries. All of these purposes would be unattainable without invaluable mapping through a legislation-focused or identity-based approach.

Whether it is a map of human rights violations, ratification of human rights treaties, or situations with a particular rights issue, human rights maps are a helpful analytical and practical tool for advancing social justice, equality and freedom. Aggregating the multiple sources of data into one visual and easily understandable representation, accessible to anyone, allows us to see the chronology of human rights development, to highlight particular problematic areas, to deepen understanding of the situation in different regions, to be aware of global trends, and to address these challenges appropriately.

But the most useful advantage of human rights maps is that they allow human rights defenders to persuade decision-makers and empower organizations and individuals in their claims at the public policy level, as well as provide direct help in personal situations like migration. The State-Sponsored Homophobia Report’s success demonstrates the crucial role that human rights mapping can play in supplying international and regional communities with high-grade information on legislative developments. The variety of actors that have successfully used the Report on SOGIESC issues suggests that human rights organizations should use it as an example for human rights mapping in other areas that can benefit various communities all over the world.

Ilia Savelev is a Russian human rights lawyer, activist, and a scholar. Ilia earned LL.M.s in International Protection of Human Rights from Kazan Federal University and Emory Law as a Fulbright scholar. Ilia has worked with Civil Rights Defenders, Human Rights First, Equal Rights Trust, and other local and international human rights organizations. In addition, Ilia is a co-director and a lawyer of the Association of Russian Speaking Intersex. His scholarly interests include theory of discrimination, freedom of information, hate speech, bodily integrity, gender identity, and sex characteristics.