With the range of options available to document and analyze human rights, it’s important to help researchers and advocates use data responsibly and appropriately.

In the field of human rights, we now have a burgeoning array of methodologies for documentation and an even wider collection of experts who use them. This enormous range of options, methods and actors has conflicting effects, creating both challenges and opportunities.

New documentation methods and actors have certainly increased the transparency, and theoretically the accountability, of governments and individuals to the global citizenry. Whether a teenager with a camera phone or an organization with satellite images, someone is always watching. Conversely, the tidal wave of media emerging from conflict zones has undermined its own shock value. Images and stories that may once have enraged the international community to action now largely fall victim to apathetic viewers.

Good intentions can lead to bad outcomes if information is gathered or used in cursory ways.

More people using more methods to document human rights abuses is generally a positive trend, but this growth has also created a void of common knowledge in how to responsibly and effectively employ practices of documentation. Many organizations have attempted to address this issue by publishing specific guidelines. These resources, however, are not centralized; many grassroots documenters are unaware of their existence, and organizations can become “siloed” into one discipline, geographic area or interest group. Good intentions can lead to bad outcomes if information is gathered or used in cursory ways. For example, epidemiological information, like an individual’s HIV status, when improperly collected or stored, has forced individuals into hiding or to seek asylum in a different country because their family disowned them and the government sought punishment.

A further issue inherent to documentation is the best way to collect and keep information/evidence. Under circumstances of severe conflict, like in Syria, the amount of information about human rights violations is overwhelming, and documentation for future use is crucial. Digital databases are susceptible to hacking and physical evidence is susceptible to degradation and damage.

Of course, scholars and practitioners still debate the relative merits of documentation techniques and rightly so. Tech-focused methods, like quantitative data analysis or satellite images, are valuable for establishing patterns of abuse and identifying hidden atrocities in inaccessible areas. However, they have a tendency to lose sight of the lived experience of the victim. Half of the Syrian population is displaced, with 4.5 million Syrians having fled to other countries. These numbers are tremendous and powerful, but they fail to capture the voice of the individual in the conflict. Documenters should, in part, be after this part of the story. A relevant worry, then, is that streamlining methods may sterilize or institutionalize documentation to the point that it undermines its very goal, marginalizing voices of the victims. 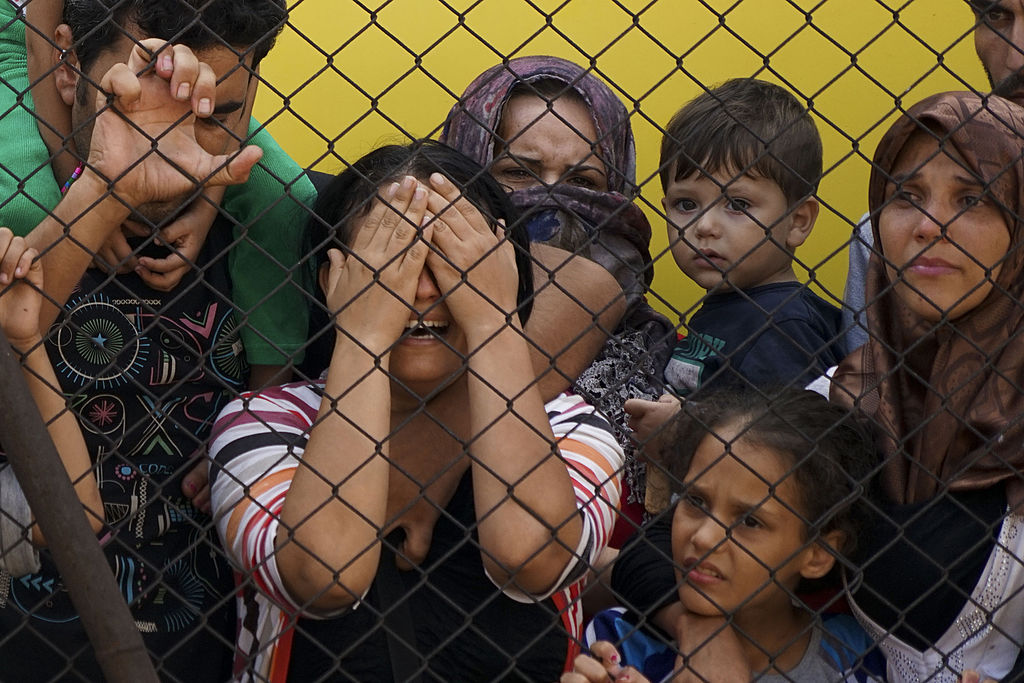 Syrian refugees in Budapest, Hungary. In chaotic contexts, documenters often fail to capture the voice of the individuals.

There is need for cohesion in the chaos. To this end, The Human Rights Documentation Toolkit (HRDT) aims to provide a space for organizations to work out best practices for both new and old documentation methods in ways that respect and protect victims and their families, their stories and information, and the documenters themselves.

A consortium of 10 organizations developed the Toolkit through participatory processes by surveying human rights documenters from 42 countries about the methods they use and challenges they face. The goal is to bring the human rights community together to develop best practices for new and old methods of documentation, and to disseminate this information to those working in the field. It contains a searchable digital resource library that can be filtered by the specific challenge, the affected group, the type of violation, and language, among others. The library contains documents and links from human rights organizations, in addition to software and apps for everything from note taking to data visualization.

During our launch event, human rights documenters from eight countries discussed their unique challenges. For example, the representative from South Sudan expressed that the confidentiality of victims and documenters is particularly important in their work, because of the potential violent repercussions to their safety and security from government or other forces. In Syria, maintaining impartiality is critical for peace processes because actors on both sides of the conflict fabricate statistics of their own abuses. Providing closure and reconciliation for families is the goal for some forensics documenters in Guatemala, where people have disappeared en masse during times of conflict. Documenters focused on North Korea get information only from escapee testimony and satellite images, as they are not allowed inside the country. From these diverse voices emerged a unifying message: a unified resource for responsible and effective documentation is crucial to the protection of human rights.

The consortium members who organized this effort represent multidisciplinary perspectives; each brings a unique skillset, perspective, knowledge base and set of priorities to the table. This way, networks of organizations involved in medicine, law, journalism, science, LGBTQ rights, collective memory, and so on are all included in the discussion. Rather than having to search in several different places to get answers, the goal of the Toolkit is to have one place where researchers and documenters can land.

For example, informed consent is an issue intimately entwined with technology and often raised in discussions of research ethics. If someone catches a human rights violation on video—such as large-scale police brutality during a peaceful protest—must the documenter get permission from everyone in the video to release it? What if the person cannot provide their consent because they are incarcerated or deceased? The Public International Law and Policy Group (PILPG), which headed up the consortium, outlined ethical ways to obtain informed consent from victims or other individuals. WITNESS contributed documents about informed consent in digital media. Citizen documenters have evinced investigations and judicial processes in the past, and if this information is to be positive and useful, it is crucial to protect the people who provide the information.

This work is messy, complex and context specific. To take full advantage of the technology available, these guidelines need to be universally available and accepted. Technical strategies will not solve structural issues, but for those to be taken on, we must be confident in our evidence from all sources. For this, and to create and keep trust among victims and global citizens, we need some cohesion in the chaos.

Katie is an ethicist who focuses on rights-based policy approaches to people, animals, and the environment. She is currently interning with the Scientific Responsibility, Human Rights, and Law program at the American Association for the Advancement of Science.

Missing torture amongst the poor