The Colombia case shows international courts do impact local peace-making, but in ways more subtle and nuanced than commonly claimed.

On June 23, 2016, after 50 years of fighting, the government of Colombia and the FARC-EP agreed to bring the region’s longest-lasting war to an end.  This latest accord, which focused on demobilization and disarmament, is part of a larger peace process, comprised of a range of issues, from land-use to political participation to accountability and justice.

Although much of the peace process has been hammered out around the negotiating table, courts, both domestic and international, have played a hand in determining the scope and nature of peace.  Indeed, the politics of peace in Colombia are heavily judicialized, meaning that courts and the language of the law have become key tools for managing political contention.  Unlike any peace process before it, the Colombian peace process falls under the jurisdiction of not one but two international courts:  the International Criminal Court (ICC) and the Inter-American Court of Human Rights (IACtHR). 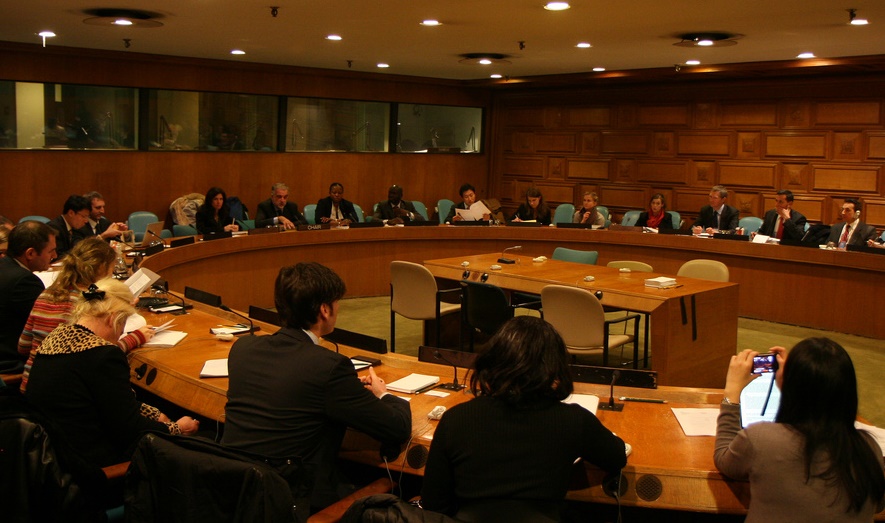 When scholars talk about judicialization, the assumption is that if judicialization “works,” domestic actors adjust their policies and processes to comply with international laws and tribunals.  If it doesn’t “work,” it is because domestic actors reject the very idea of international courts or fail to conform to their demands.  The Colombian case, however, proves much more nuanced and complex.

For example, members of Congress regularly referred to international humanitarian law and the ICC as they debated the contours of two previous peace accords, the Justice and Peace Law of  2005 and the more recent 2012 Legal Framework for Peace. One lawmaker, for instance, threatened his colleagues during the debates on the JPL by arguing, “We are making it so [the ICC] come and judge us, since we are not inclined to do it.” Similarly, when the Colombian Constitutional Court was asked to review the constitutionality of the 2005 effort to demobilize the paramilitary, it drew heavily on the standards developed by the Inter-American Court of Human Rights’ in cases against other states.

While some actors have bolstered their own positions by reference to the international courts, others have also pushed back against the threat of ICC or Inter-American Court involvement.  The High Commissioner for Peace, Sergio Jaramillo, regularly notes in his official statements that Colombia will uphold its international legal obligations and meet ICC and IACtHR standards.  At the same time, Jaramillo is firm in stating that peace is the top priority and that the Colombian government—not an international court—is in the driver’s seat.  Further, the FARC has suggested that the government rescind its international commitments, and it has reminded the ICC and the Colombian government that it holds a trump card: walking away from the negotiating table.

As members of Congress and the High Commissioner for Peace have repeated many times over, the current peace process is being negotiated in a new, modern era.  Blanket amnesties and immunity are no longer viable options and Colombia must heed its international commitments.  In this way, international courts have dictated the outer bounds of the peace process.

The influence of international courts in the Colombian peace process remains diffuse.

On the other hand, the influence of international courts in the Colombian peace process remains diffuse.  One way that domestic actors like Jaramillo can keep international courts at bay is by diluting their influence.  For example, in the Legal Framework for Peace, there are two main issues that could invoke a response from the ICC.  The first is whether the state can limit its prosecution to the “most responsible” perpetrators of international crimes.  The second is over the nature of alternative punishments for lower-level perpetrators and whether or not those would satisfy the ICC’s requirements for accountability.  These debates are legalistic and detailed:  for example, would alternative sentencing, such as curfews and limited movement, be sufficient punishment for war crimes and crimes against humanity? These questions are unlikely to be answered in swift and decisive ways.  The longer it takes to answer them and the more nuanced those answers become, the more diluted the ICC’s power becomes.

Our research has three main implications for bureaucrats and policymakers at the international tribunals and on the ground in Colombia.  First, Colombia represents both the successes and failures of the ICC’s principle of complementarity, the rule whereby the ICC must defer to genuine local efforts to prosecute international crimes.  The ICC Prosecutor showed restraint in letting the Colombian processes unfold; this is an important feature of an unbiased and accountable prosecutor.  At the same time, the ICC’s patience has come at a price: the slow but steady chipping away of any credible threat that the ICC would—or even could—open a case in Colombia.

Second, our research suggests that for policymakers in Colombia and other countries under preliminary examination a strategy of diluting international courts’ influence can let governments dictate the course of international justice.  By cooperating with the ICC, Colombia gained control over the preliminary examination process in a way that other states that are less cooperative are simply unable to do.

Finally, those who are interested in promoting justice and accountability within peace processes, take note:  more judicialization does not necessarily mean more accountability. The Colombian peace process shows that as international courts enter the fray, international standards may become more diluted and more political, so that the once inflexible norm against impunity in the Colombia case may be tempered by mechanisms such as selective prosecution and alternative sentencing.

Sandra Broda is Dean of the Social Sciences Division at Tadeo University in Bogota, Colombia. Previously she was an associate professor at the Political Science Department, Los Andes University.

Alexandra Huneeus is an associate professor of law at the University of Wisconsin-Madison.