No one would argue the law should be subservient to politics when confronting domestic criminality, so why should this be the case for international crimes?

Frustrated by shortcomings at the International Criminal Court (ICC), commentators have increasingly questioned the utility of law in the fight against genocide, crimes against humanity and war crimes (collectively, international atrocity crimes). Emblematic of this critique, Leslie Vinjamuri and Jack Snyder recently penned an oGR article with the provocative title, “To prevent atrocities, count on politics first, law later”. They contend that the positive deterrent effects attributed to the ICC by Professors Beth Simmons’ and Hyeran Jo’s research—partly the subject of an earlier oGR article—are instead better explained by politics. For them, the “centrality of politics” makes diplomacy and other non-legal means the best way to prevent and address international atrocity crimes.

However, Vinjamuri’s and Synder’s analysis overlooks the centrality of law to the maintenance of peace and stability in countries around the globe. This domestic truth best instructs how international atrocities should be addressed. To date, “peace over justice” advocates have failed to counter this point convincingly, and for good reason, given that it is widely accepted in both the Global North and South that the law is essential to lasting domestic peace and security. Informed by numerous decades of development, these countries have found that the first step in combatting crime is law enforcement, not politicians and mediators.

The first step in combatting crime is law enforcement, not politicians and mediators.

Well-developed domestic legal systems rely on the law not only to preserve the peace, but to deter crime too. Regardless where one falls on the much debated law-deterrence spectrum, human beings are undoubtedly influenced by the threat of negative consequences. Further, few would advocate for the abolition or diminution of the law because domestic or transnational crime (e.g. corruption, trafficking) still occurs.

Of course, peaceful countries owe much to strong democratic institutions and vigorous political expression as well, and political entities do set the law. Yet, this does not subjugate law to politics. Rather, both play an equally important and mutually reinforcing role in addressing crime. Most crucially, in these countries, domestic political bodies support independent judicial institutions robustly and habitually, even when politically disagreeable. The same, unfortunately, cannot be said for the relationship between the international community and the ICC.

It is also true that lessons learned from the way law operates in developed countries are not so easily applied at the international level. Nevertheless, because something is difficult does not mean it should not be done. All developed countries that are peaceful and secure due to a functioning and independent rule of law had judicial institutions that started out decades ago in a very similar position to that of today’s ICC.

The effort needed to establish the rule of law globally—including the ICC—is well-worth it when closely reviewing the historical failures of the politics-first approach. Before the emergence of international law as a viable means of addressing conflict and atrocities, diplomacy and politics were the only recourse available. In looking at this track record, history is littered with far more failed ceasefires and peace deals than successful ones, often at the cost of more lives and human suffering. While many factors contributed to these failures, one major reason is that the widespread crimes in these conflicts went unpunished, thus allowing unresolved injustices to stew and eventually boil over into renewed conflict. Without the real threat of criminal accountability, ruthless dictators were given little reason to stop the cycle of violence. This fact is why the Reverend Martin Luther King, Jr. observed that “true peace is not merely the absence of tension; it is the presence of justice.” 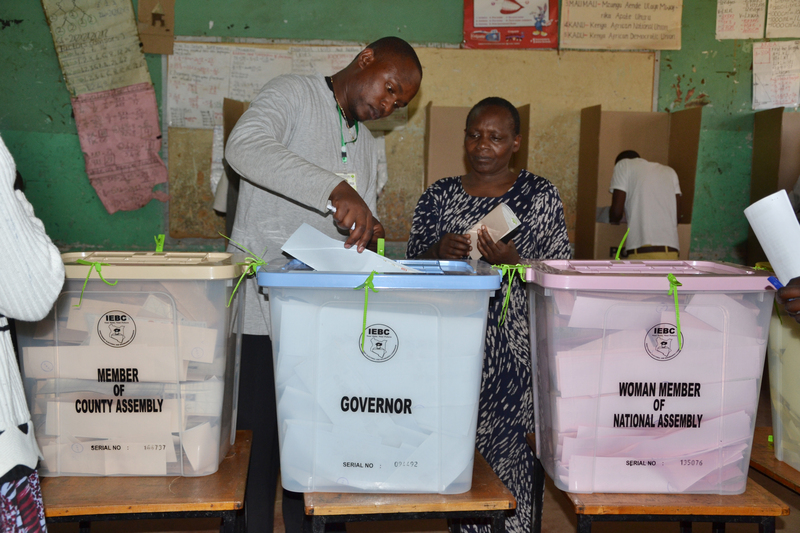 It would be disingenuous to believe that the ICC’s highly visible, ongoing cases against Kenyan leaders did not play a substantial role in deterring mass violence following Kenya's 2013 election.

Vinjamuri and Synder cite continuing crimes in Libya and Sudan—after the UN Security Council referred both countries to the ICC—as evidence of the ICC’s ineffectiveness. However, this criticism misses the mark. The primary reason for prosecuting those who already broke the law is accountability, not deterrence. Yet, with successful prosecutions comes deterrence. If those who perpetrate atrocities are in fact prosecuted (not just indicted), would-be perpetrators have real reason to fear prosecution too. As a result, future atrocities by other leaders are averted through the concrete knowledge that commission of atrocities will weaken, not strengthen, their grip on power. This is not the case in either Sudan or Libya, where the Court’s work has not been adequately supported by the UN Security Council and ICC States Parties, specifically not helping turn indictments into prosecutions. Their failure to do so is a failure of politics and diplomacy, not of law.

Critics of justice often claim that peace is forsaken if legal accountability is pursued mid-conflict, because brutal despots will “dig in their heels” and prolong the conflict to avoid prosecution. Yet, Syria proves this claim thoroughly unconvincing. To date, the prospect that the Assad regime, rebel groups, or the Islamic State would ever be held accountable for their alleged atrocities in a court of law is extremely remote, yet the conflict drags on into its fifth year, making it one of the longest-running mass-atrocity crimes since Cambodia’s Khmer Rouge. Arguably, the lack of accountability (actual or threatened) in Syria has emboldened these actors despite a multitude of threatened political consequences. This point is substantiated by the fact the Assad regime has used chemical weapons once again, despite suffering political consequences for having previously crossed the chemical weapon “redline”.

Other evidence supports the deterrent effect of the ICC. For the first time in a long time, the Kenyan election in 2013 did not result in mass violence. Certainly a range of factors led to this development, but it would be disingenuous to believe that the ICC’s highly visible, ongoing cases against Kenyan leaders did not play a substantial role in deterring mass violence.

Diane Orentlicher, former Deputy US Ambassador for War Crimes Issues, has recounted that “then-President of Senegal Abdoulaye Wade reportedly told aides in 2012 that he would not use violence to enforce what would have been a false claim of winning the presidential election lest he face charges before the ICC—which had happened to former Ivoirian president Laurent Gbagbo.” It is also likely the case that leaders in Jerusalem and Ramallah are weighing their future behavior through the lens of legal accountability now that Palestine has joined the ICC.

Of course, to prevent and punish atrocity crimes, the law and politics should be mutually reinforcing, and their operation must be sequenced in a fashion tailored to the unique facts and circumstances of each conflict. However, before a coordinated effort between law and politics can succeed, the law must be bolstered. An important first step in this regard is to follow the recommendation of Elizabeth Evenson and Jonathan O’Donohue, whose recent oGR article advocated for increased support by States of the ICC’s available resources, particularly its budget—a political movement upon which the success of both politics and law depends.

This article represents the views of the author and, except as specified otherwise, does not necessarily represent policy of the ABA or the ABA Center for Human Rights.