To get funding amidst intense non-profit competition in Hong Kong, human rights groups must get creative.

Many people think of Hong Kong as part of the global South, despite the fact that it ranks very highly among global economies and in the average income of its citizens. Being 27th of 214 countries in Gross Domestic Product (GDP) per capita and 12th of 184 countries in Gross National Income (GNI) per capita are rankings that do not fit our image of the “impoverished global South”. Not surprisingly, Hong Kong is rarely a funding priority for most institutional donors. Resource distribution, however, is extremely uneven—the city’s wealth gap has risen significantly since 2001 (from 0.525 to 0.537 in ten years, measured on the Gini coefficient where a higher number equals higher inequality). To put in context, the city’s wealth gap has now outstripped that of Washington and New York City.

But as I’ve said before, a wealthy economy does not necessarily indicate a commitment to social change philanthropy, and a developed economy does not always go hand in hand with a democratic political structure or an awareness about human rights. As a result, Hong Kong is stuck between having high income but also high inequality, while also scoring relatively low on the 2014 Democracy Index of the Economist Intelligence Unit (66th of 267 countries, below the Philippines, Malaysia and Indonesia). Hong Kong is also in a difficult position with the government of China, as most government policies favour the wealthy and the Chinese authority, and Hong Kong civil society has very little say.

Local fundraising, however, tells a slightly different story. Alongside the increase of inequality, Hong Kong saw a rapid rise in non-profits: between 2005 and 2010, the number of tax-exempted charities increased 53%. Placed alongside the undemocratic political context of China, and the fact that much local philanthropy is focused on politically correct issues, this competition makes Hong Kong a very challenging place to raise funds for human rights. Nevertheless, Hong Kong earned a respectable tenth in the five-year ranking in Charities Aid Foundation’s The World Giving Index 2014, with the majority of giving going to charitable welfare services. According to the Hong Kong University Public Opinion Program’s Opinion Survey on Hong Kong People’s Giving Behavior (2009), the highest three categories of giving were for elderly (14.4%), with 11.9% going to medical and 11.8% to children. Interestingly, 1.8% was donated to animal rights causes, but only 0.8% went to women’s causes, and a mere 0.5 % was for human rights. 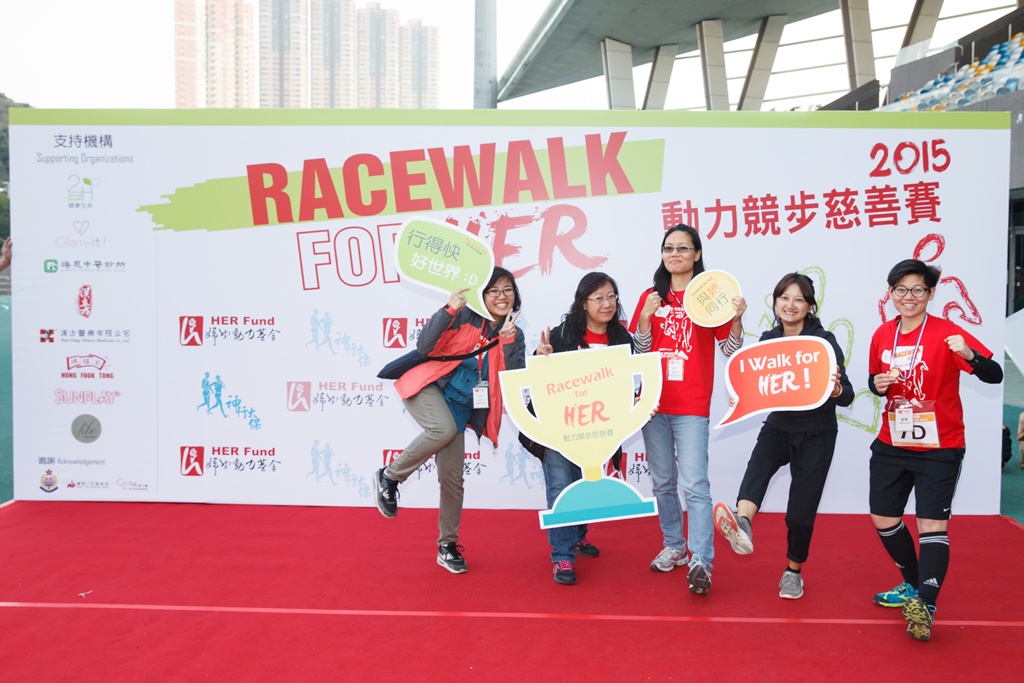 Most people in Hong Kong understand charitable giving as helping the needy, not as building human rights.

One reason for this is because the term “human rights” is politically sensitive under the shadow of the Chinese government. People are hesitant to support human rights and in general associate this term with advocacy campaigns—most people in Hong Kong understand charitable giving as helping the needy, not as building human rights.

HER Fund, established in 2004, recognized early on that there was very little funding for human rights in general, and even less for women’s rights. We are the only fund in Hong Kong that annually makes grants in support of women’s rights. We see ourselves as part of the women’s movements with the role to mobilize resources and to invest in empowering women, especially the marginalized and most neglected.

But to be seen and heard in a sea of non-profits is a challenge indeed. Research from the Hong Kong Council of Social Services’ research in 2011 showed that the “Top Ten Charities” named by interviewees were the same ones listed in 2005. Certain organizations had clearly built reputations and long-lasting relationships with the people. But where and how were people learning about the charities that they support, and what made them support some over others?

In the survey, the primary sources of information were from TV and radio, then newspapers, and then the Internet, at almost 10% of all people polled (it is likely much higher today). Visibility and effective communication are the first steps to reaching more potential donors who share similar values, before working to deepen this engagement. But with such intense competition, rights organizations also need to get creative with their communications and promotions strategies.

As an example, HER Fund launched its Share Talent platform, where volunteer teachers conduct classes and the fees from participants go to HER Fund. Besides raising $20,000 between 2013-2014, this platform has also allowed us to gain exposure in the community and beyond. Recently we had the experience of being approached by the local branch of an international cosmetics brand to be their new product campaign beneficiary. They approached us based on a simple Internet search—they felt that we are inclusive and transparent and support women in a meaningful way. If we hadn’t been open to new relationships and creative campaigns, this connection never would have happened. In addition, we recently hosted a film premiere, which allowed us to gain significant visibility with 20 media clips from online magazines to print press. Of course, this kind of mass event requires a high level of professionalism along with steep production costs at $17,420—a significant risk when we didn’t know exactly how much we would raise. On this occasion, it turned out to be a major success for HER Fund, raising a total of $42,600 and bringing the net gain to $25,000.

Through our fundraising efforts, we are communicating to target audiences that there is an alternative way of giving for a better world. We play an important role in supporting movements where no other local foundations will invest in advocacy and campaigning programs. A key issue we support is women’s civil participation, but in Hong Kong’s political climate it is extremely difficult to raise funds for this type of work.

Mobilizing local resources for women’s rights work in Hong Kong is itself a strategic move to bring about social changes. We know that Hong Kong is a low priority for many foreign donors—even within Hong Kong it’s hard to find funds specifically for human rights. However, outside funding is also critical in helping us build capacity to raise local funds, especially in terms of communication strategies. As a result, we’ve taken it upon ourselves to creatively generate both foreign and local funding so we can build strong local relationships. We are not waiting for change in Hong Kong—we are creating the catalyst for change.

Linda To is the Executive Director of HER Fund.