Human Rights: What are the questions that really matter?

The human rights movement is needed more than ever, but it will fail humanity if it frames the world’s problems as good citizens being let down by bad governments. 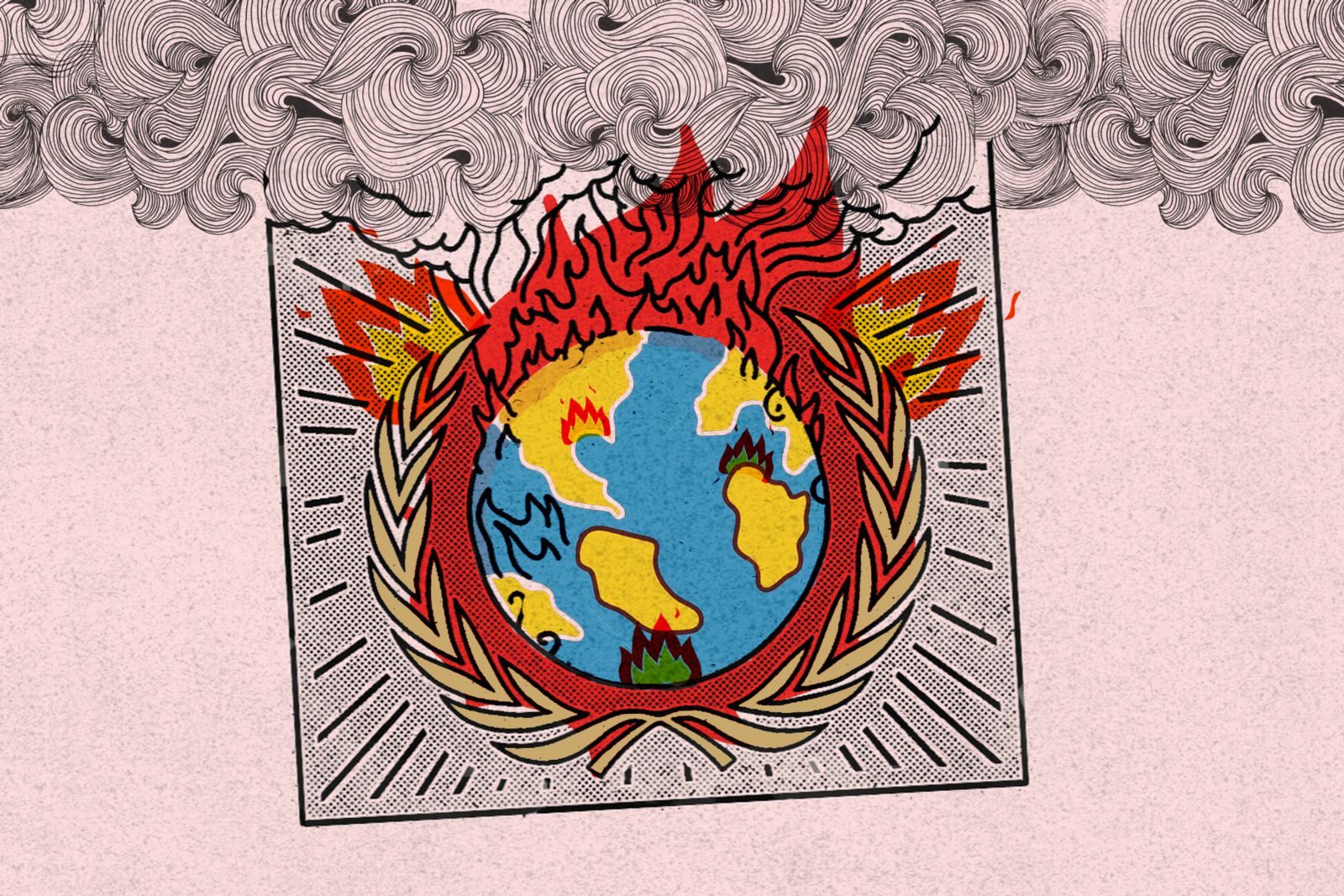 This article is a shortened and edited version of An Open Letter to the Human Rights Movement, which can be downloaded here.

There is reason to believe that the human rights movement is needed more than ever, but what if the movement has lost its way and is no longer fit for purpose, not through lack of effort, but through outdated perception? The world’s biggest problems today do not stem from good citizens being let down by bad governments, but from the endemic delusion, systemic inertia, and collective action failures of the first truly planetary civilization.

We will eventually awaken from the public health nightmare of COVID-19 and the relief when it comes will be sweet. But it might be short lived. Addressing ecological collapse will be no less urgent, and we’ll have to do that in a probable recession where widespread social and economic need will find political voices that may not have the greater global good at heart. We also have to contend with the old foes of injustice and corruption and the new problem that the public realm is largely mediated by the technology of private actors.

It is difficult to feel wholehearted about human rights work when the connection between the moral aims and the legal and political methods of the movement has been severed by a shift in the underlying cultural, economic, technological, and ecological context of the action. Improving that alignment is “the work” and it requires moving beyond the idealizations of the UN Declaration on 1948 and confronting questions befitting of 2020.

Put differently, if human rights is the answer, what is the question? Some questions typically asked by people of a broadly liberal sensibility who see rights as a moral good might be:

Yet rights are contested, difficult to enforce, often in tension with each other, and notoriously subverted for aims that are amoral or immoral; in the language of political scientist Zoltàn Bùzàs, rights compliance is often “lawful but awful.” Human rights can even be seen as a planetary auto-immune disease in which the body politic malfunctions in its attempt to serve the greater good and inadvertently promotes the interests of plutocrats and hegemons. 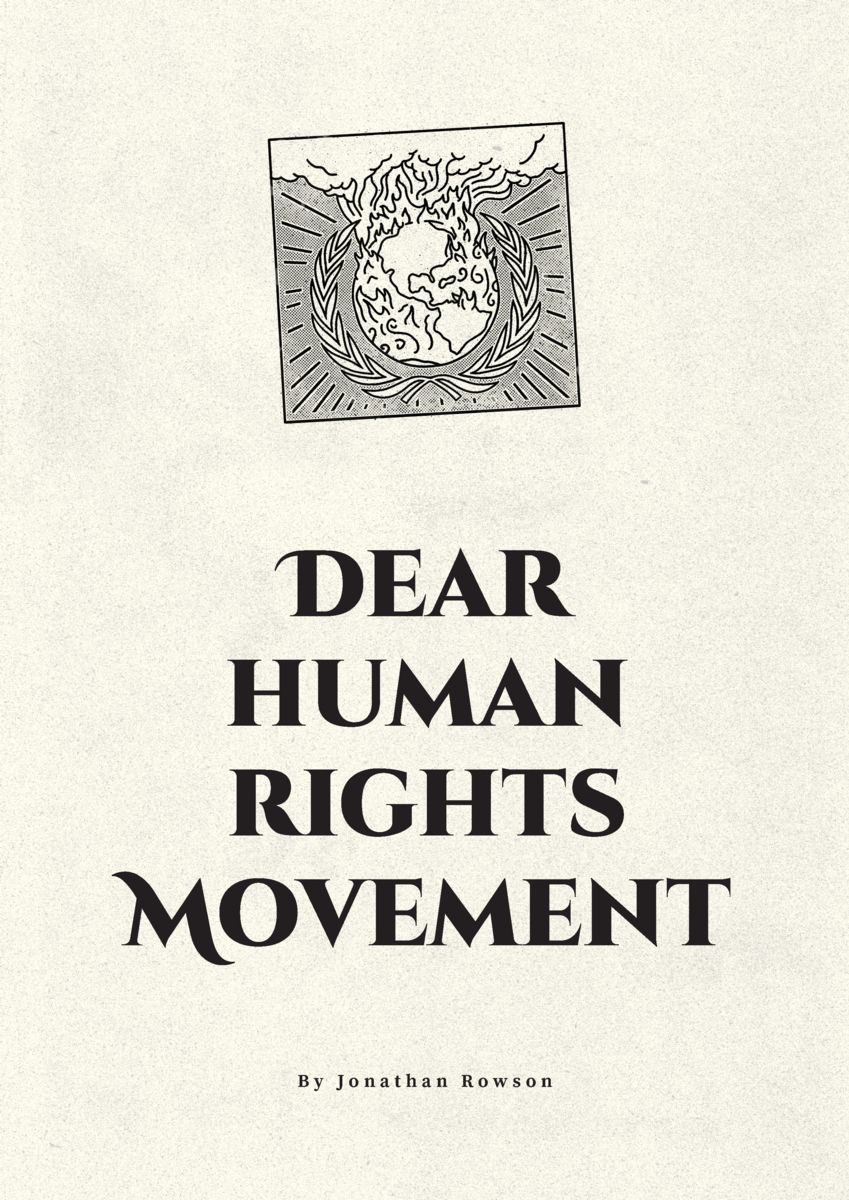 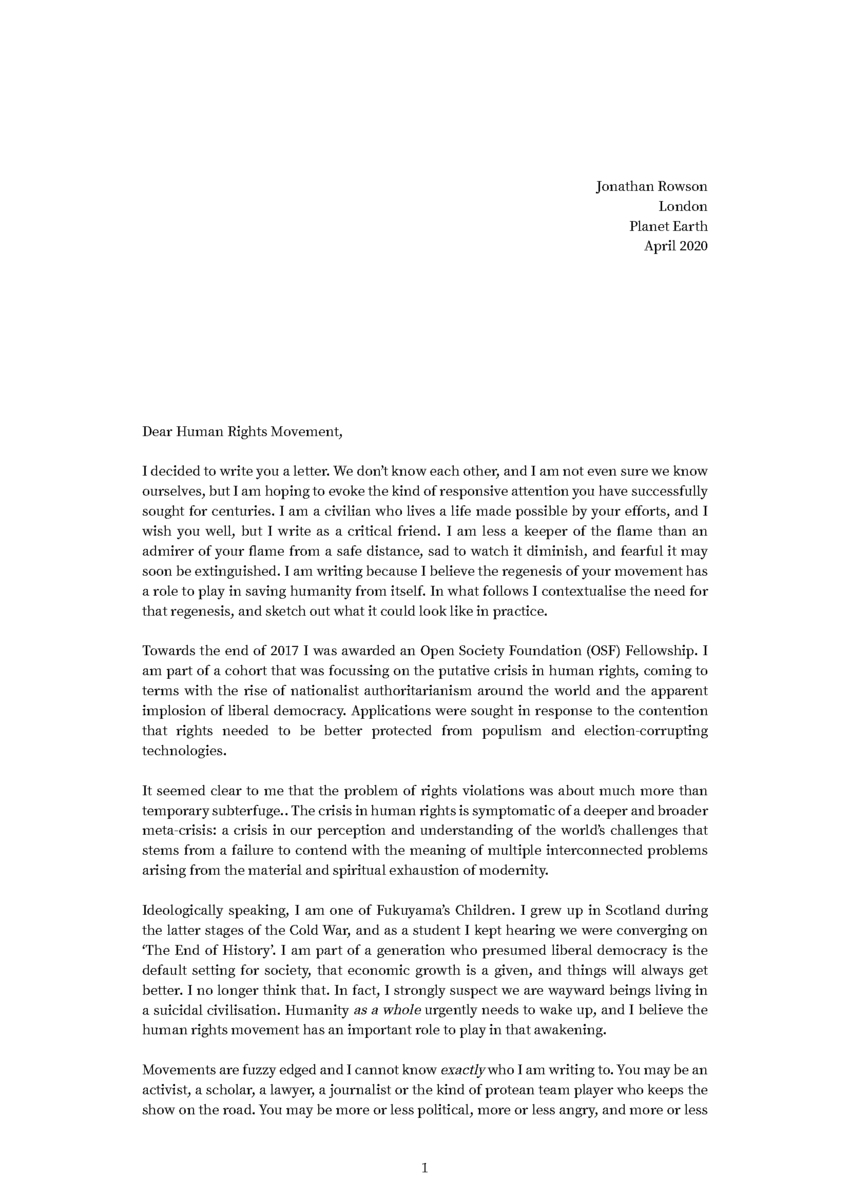 If human rights are their answer too, what might the question be for them? Perhaps one of these:

The tension between these two sets of questions reflects an important fact: human rights law is the institutional expression of a doubtful conviction that the battles of human rights morality and politics have been fought and won. That battle is likely to go on indefinitely, and while it does, the human rights movement would do well to orient itself towards questions that better inform action in the increasingly complex moral and political universe where human rights law now resides:

Here are the kinds of living questions that need to be asked to make sense of today’s context for human rights:

These are daunting questions because they speak to a new political reality we don’t have the tools to make sense of or act on. Yet the human rights movement, historically often ahead of the curve, may have a role to play in changing that. 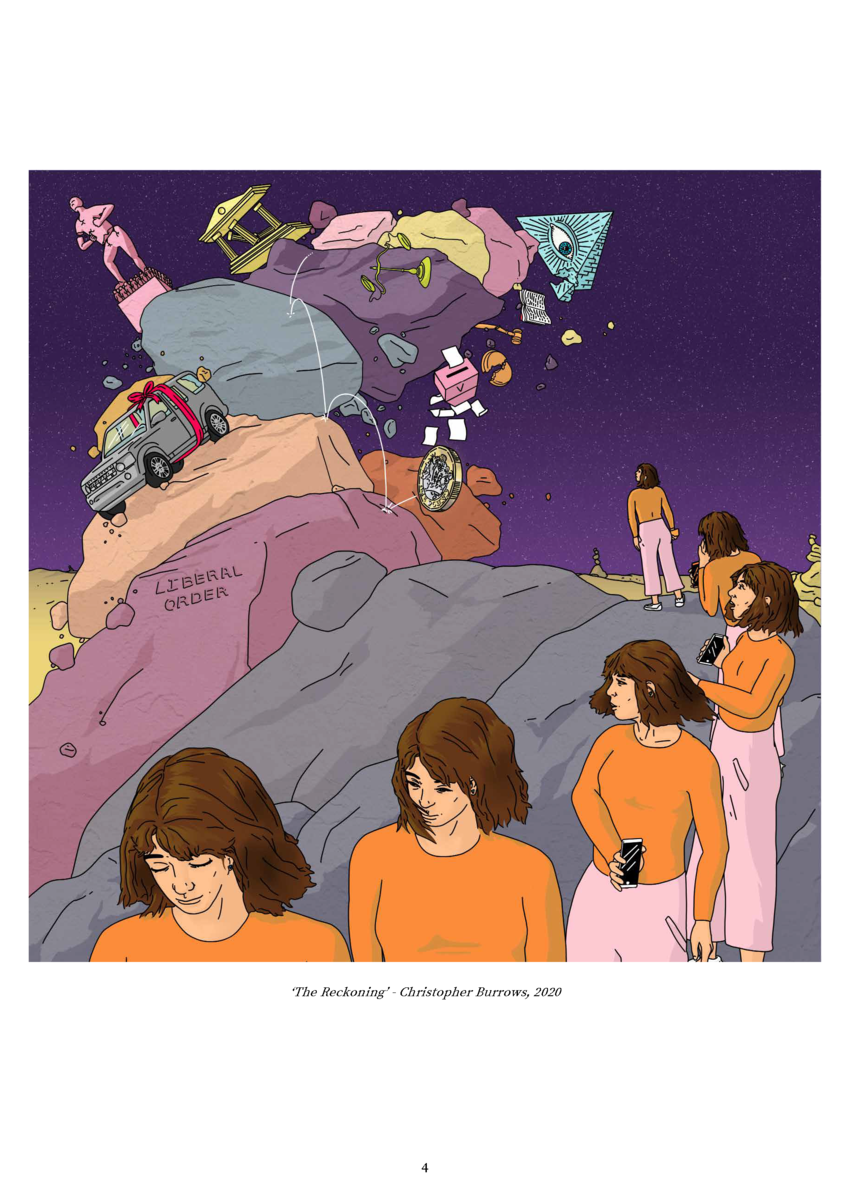 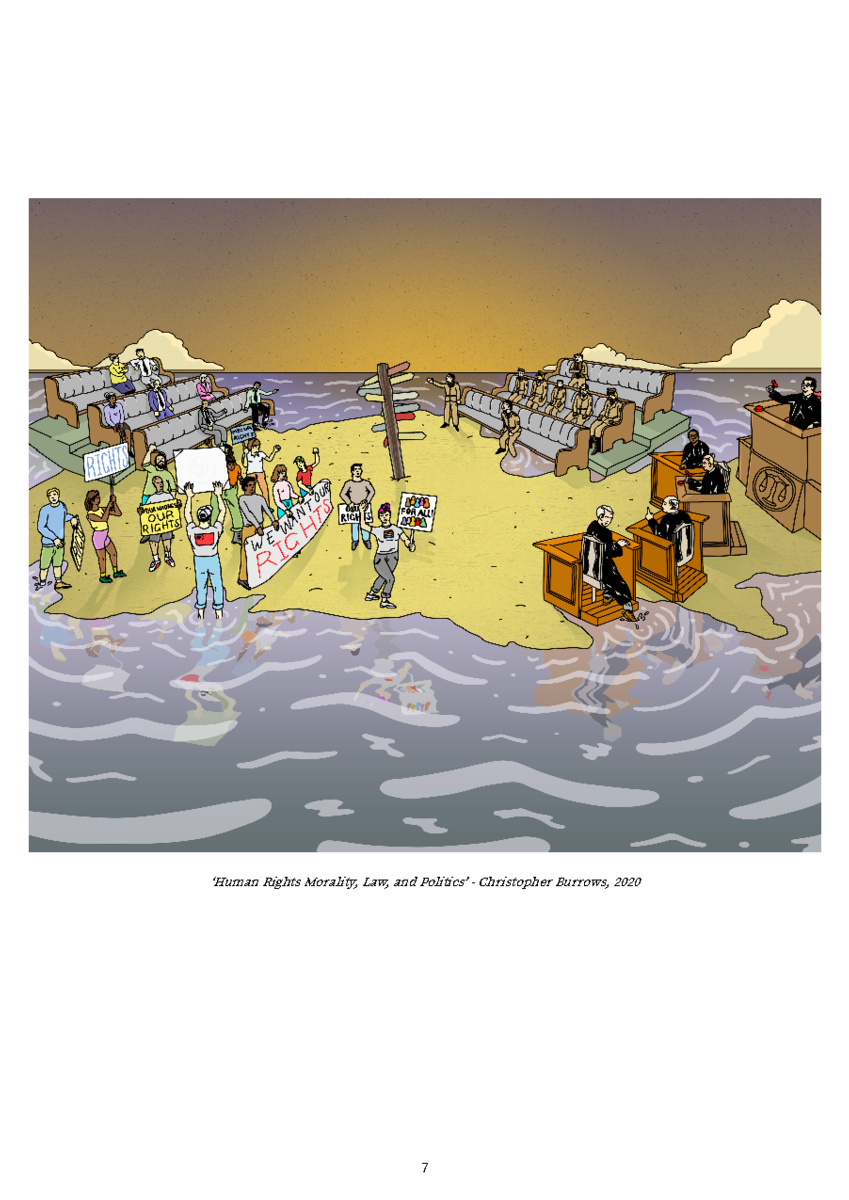 The challenge is to build unprecedented solidarity that is neither naïve nor coercive, but for that you need transformative civic education at scale.

Some call human rights a secular religion, and it is difficult to let go of articles of faith, but I wonder if it’s more helpful to compare the human rights regime with the fossil fuel industry. I don’t mean a moral equivalence, but a morphological one. Human rights have been an indispensable part of emancipating progress for decades, but just as fossil fuel companies will (let’s hope) have to move beyond coal, oil, and gas and become (alternative) energy companies, a movement that serves dignity, moral equality, and capability may have to transcend and include a focus on “rights.”

The challenge is to build unprecedented solidarity that is neither naïve nor coercive, but for that you need transformative civic education at scale—there is no shortcut, so there is no time to lose. This is a battle for rights in a different form, and we must move beyond the existing conception of human rights while still maintaining fidelity to the tradition; for instance Richard Rorty connects respect for rights to the need for sentimental education, while Amartya Sen and Martha Nussbaum argue that we serve rights well by thinking of them as capabilities. With that reorientation in mind, and informed by my collaboration with philosopher of education Zak Stein, I believe the questions above can be distilled into five interrelated challenges that speak to humanity’s predicament as a whole; and that also speak quite directly, in order, to surveillance capitalism, climate collapse, authoritarianism, mental health crises, and the need for a new social imaginary and political economy.

Intelligibility – what’s going on and how do we know?

Capability – does humanity have what it takes to do what it needs to do?

Legitimacy – who gets to say what we should be doing and why?

Meaning – what ultimately matters and how do we live accordingly?

Imagination – what does a viable future look and feel like?

I believe these are the prismatic questions of our time. While they may feel abstract, they are lodestars of enormous practical and political importance. From reflecting on them, I would say if there was a single question for the human rights movement to focus on, it might be this:

Whose responsibility is it to develop the requisite capability of our species in a way that improves prevailing intelligibility, clarifies our patterns of legitimacy, deepens our experience of meaning and enriches our imaginations, and how might we hold them to account?

The answer, if I’m not mistaken, is everyone, which is why a radical reappraisal of the political centrality of education throughout the lifespan gives me hope as a unifying purpose for humankind. In that context, human rights politics is no longer primarily about invigilating the relationship between the individual and the state but building the cultural capabilities for what Elinor Ostrom called polycentric governance. One of the most encouraging features of climate action in recent years is the emergence of horizontal globalized networks of common cause in business, churches, NGOs, cities, localities and regions. Over time, we can have myriad non-state actors as units of ratification, accountability and ambition, and cooperating as such.

Distantly inspired by a famous misquotation of Gandhi, I would say our challenge is as follows: We (global civil society) are called upon to learn (develop our cognitive and affective capabilities) how to become (grow, realize, fashion) the change (ecological sanity, wise prosperity, social solidarity) we want to see and need to be (to save the world from itself).

The world is on fire, now quite literally. I believe people have a right to survive and thrive and a responsibility to help others do so, but we need to collectively learn how to do that. A revitalized human rights movement can and should lead the way.

Jonathan Rowson, PhD is a former Open Society Fellow. He is a philosopher and cofounder and director of Perspectiva, a research institute in London examining the relationship between systems, souls and society. He is the author of The Moves that Matter: A Chess Grandmaster on the Game of Life (Bloomsbury, 2019).