Women’s funds are gaining increasing recognition at the local and international levels as leading agents of social change.

As we prepare to attend the upcoming International Human Rights Funders Group conference focused on innovation in human rights philanthropy, we’re reflecting on “what’s new” and looking for opportunities to strengthen the field.

In 2015, the International Network of Women's Funds (INWF), Mama Cash and the International Human Rights Funders Group conducted research to better understand the contributions, strategies, challenges and opportunities associated with women’s funds in the global South and East. Through the resulting ten case studies, featured in Collective Change: The Value of Mobilizing Local Resources for Women’s Rights in the Global South and East, it became clear that “what’s new” is the recognition these organizations are gaining at the local level as leading agents of change. Women’s funds are also gaining recognition at the international level as key contributors to shifting domestic cultures of philanthropy from prioritizing charity to supporting social change.

Local resource mobilization builds a local, sustained base of support over the long-term that provides an unmatched stronghold for women and girls’ rights.

Building a culture of support for women and girls’ rights takes money, connections, innovation and tenacity. Most importantly, local resource mobilization builds a local, sustained base of support over the long-term that provides an unmatched stronghold for women and girls’ rights. We believe that supporting out-of-the-box resource mobilization strategies is critical to grow local support for human rights and strengthen the sustainability of local movements over the long-term.

Why does local resource mobilization matter?

Two words: sustainability and autonomy. Mobilizing local resources decreases organizations’ reliance on international sources, which is becoming increasingly important amid fiscal and legal restrictions on foreign funding and changing donor budgets due to economic crises or shifts in priorities. Local resources are also most often unrestricted—enabling organizations to be more responsive to needs articulated directly by the communities they support, rather than hemmed in by donor’s priorities.

Our research documents numerous ways in which local resource mobilization contributes to social change, including: raising awareness about women’s rights outside of activist circles; increasing the visibility of the fund and the work of its grantees; moving donors from one-time charitable donations to long-term investment; building a lasting local constituency of support; strengthening local philanthropy towards systemic change; and ultimately, reshaping access of women-led groups to funding and support, increasing the sustainability of local and regional women’s rights movements.

Having the resources to invest in building relationships with local donors is critical, yet securing resources to maintain the every day operations of women’s funds is a constant challenge. The majority of INWF member funds do not have an endowment to cover their operations; they need to consistently fundraise from various local and international sources in order to get money to the grassroots groups they support. Only six of INWF’s 38 member funds currently have an endowment and two of these are based in the global South and East.

Moreover, most of INWF’s members do not have a dedicated staff member in charge of fundraising. All ten women’s funds featured in our case studies struggle when having to decide how to best allocate their time and financial resources; most funds opt to invest their limited resources in fundraising from international donors with whom they already have relationships and who can give larger sums of money. While this support is crucial, it is equally important for women’s funds to invest in cultivating local support, a process that is more resource-intensive in the short-term, but builds a large and diverse constituency of women’s rights supporters over the long-term. 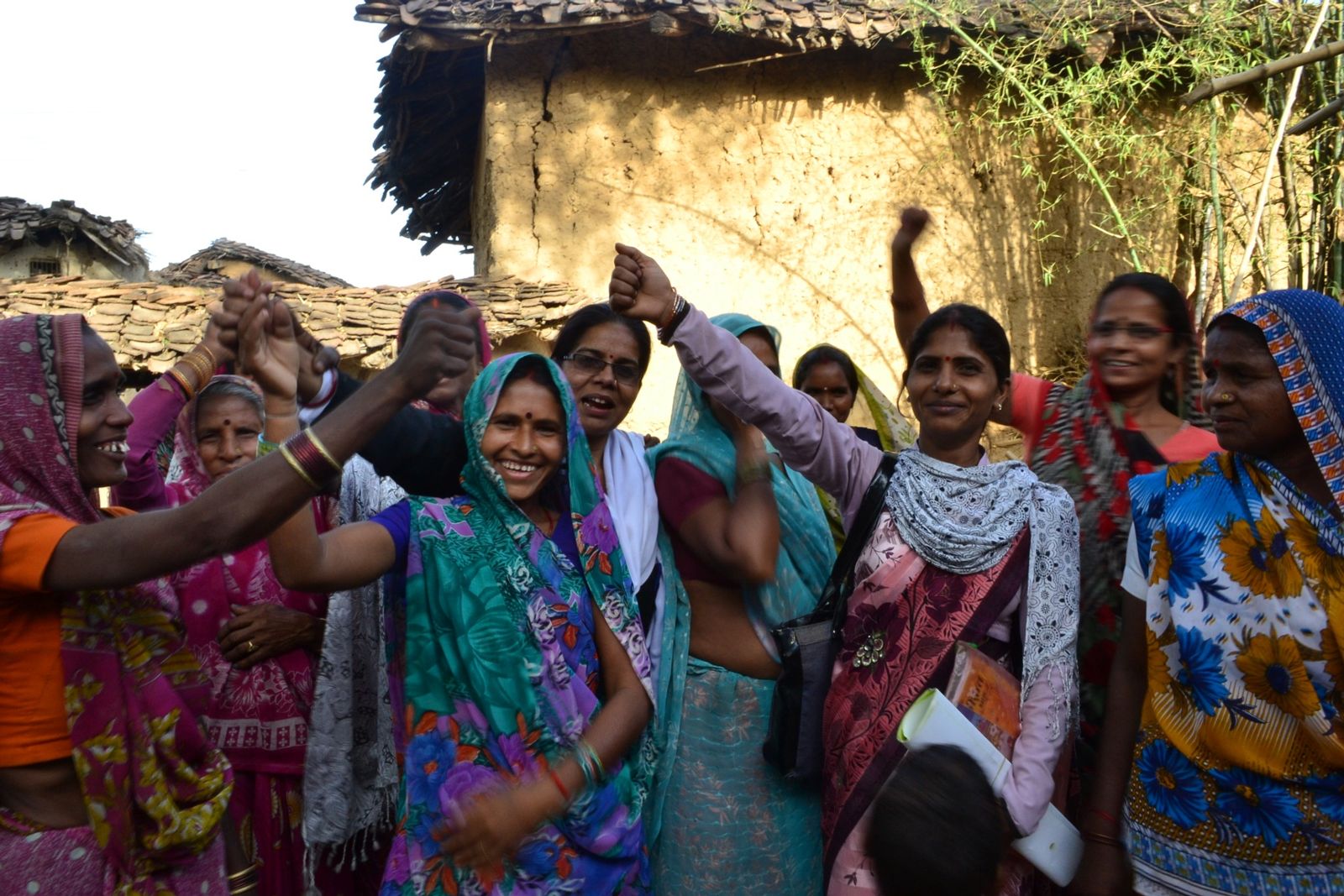 A group of women pose for a photo by the South Asian Women's Fund.

As one example of the investment required, the African Women’s Development Fund (AWDF), one of Africa’s leading grantmakers, had to spend ten years cultivating relationships with local corporate funders before receiving financial support. In another example, Semillas, the Mexican women’s fund, has invested almost 15 years into growing an individual donor network, which now has over 350 members who give approximately $75,000 per year.

By investing in relationship building, women’s funds become visible actors of change at the local level, attracting those who are interested in contributing to the improvement of their communities. For WHEAT (Women’s Hope Education and Training Trust) in South Africa, the strong relationships the fund has built with local companies and entrepreneurs allowed them to raise over $68,000 in 2014 through one event.

First held in 2008, the 1000 Women’s Lunch is an annual event that brings together individual donors and corporations for the same cause. Attendees purchase tables or seats at the event, and the event is sponsored by the  two largest supermarkets in South Africa, Pick and Pay and Shoprite, with whom WHEAT already had an existing relationship.

The South Asia Women’s Fund, a regional fund working in Pakistan, Nepal, Sri Lanka, Bangladesh and India that has granted over $1.3 million since 2004, found that working with its Board members to build its individual donors network was key to promote local philanthropy. Following a few years of engagement with the fund, Priya Paul, a leading Indian industrialist and chair of SAWF’s Board, became SAWF’s largest individual donor, donating a $20,000 annual grant to provide pro bono assistance to women litigants in cases of divorce, maintenance, custody, domestic violence and sexual violence.

While it takes time and effort to build and maintain relationships, women’s funds have found that innovation is key when fundraising locally. HER Fund in Hong Kong raises 60% of its annual budget from local sources through various creative strategies. In Mongolia, MONES had struggled to expand its individual donor base, as their experience was that individuals almost always refused the first request and continued followed up proved too resource intensive. However, by utilizing a model from the Korean Foundation for Women, the 100 Leader Relay, MONES raised 12.4 million tugrik (approx. $6,570) in just one month, for a total of 21.8 million tugrik (approx. $11,550) in donations received from individuals in 2014.

Insistence and resistance is key

Over the past 25 years, women’s funds in the global South and East have influenced local philanthropy and designed resource mobilization strategies adapted to their contexts, opening the door for other civil society organizations to raise funds in support of their causes. At present, recognition of the contributions of women’s funds is quickly increasing, opening opportunities for engagement with new actors to significantly grow support for women’s rights.

As international donors seek to strengthen the resiliency of the movements they’ve funded, they can build on this momentum to expand local constituencies of support for human rights by supporting women’s funds and other local donors to take the lead.