Even a narrow view of human rights will find at least some overlap with social justice demands, which are too often linked only to economic and social rights.

Thus, for those demanding an end to corporate control of democratic institutions under the label “social justice”, the rights to political participation, freedom of association, information and equality in the Universal Declaration of Human Rights (UDHR) at least partially support such a demand. Similarly, equality and non-discrimination guarantees in the UDHR and other standards provide a principled basis for many social justice demands regarding the emancipation of women or downtrodden castes, or for ending discrimination against the poor qua poor.

Demands for human rights and demands for social justice are different but also overlapping.

At the same time, economic and social rights (ESR) like the right to food, water and an adequate standard of living could be cited in campaigns for a living wage, against privatization of water services or for climate justice. Those campaigning on ESR will find a fair degree of overlap between the human rights canon and social justice demands; those who take up only civil and political rights will of course find less.  But even with a very narrow definition of human rights, there will still be some overlap.

Indeed, consider what might be achieved for “social justice” if we sought only to apply the rights in the International Covenant on Civil and Political Rights (ICCPR). Its explicit promises of equality, non-discrimination, protection of minority rights, and freedom of association, alongside its implicit rights to information, to equal access to government services and to full participation in political life—if fully respected and protected—provide a useful set of tools for any movement fighting for greater socio-economic equality, or challenging economic and social marginalization. This would result even before one applied a more progressive reading of the ICCPR; for example, one that would interpret its right to life and security of the person as extending to government policies that failed to avert famine or persistent hunger, or to exercise due diligence in tackling preventable disease, or to prevent dangerously unhealthy work environments.

Consider two of the great, defining struggles for justice of past decades: the anti-apartheid movement and the civil rights campaign in the US. Was the campaign against apartheid in South Africa a human rights struggle, a battle for social justice or both? Many of the grievances that led to key turning points in that struggle were matters of economic and social justice. Similarly, in the “civil rights” struggle in the US, human rights principles were certainly at the core of the campaign, yet at the same time many African-Americans were fighting for matters of socio-economic justice. It would be odd if the human rights aspect of either campaign only described litigation in the courts, or the publication of UN reports. Why wouldn’t human rights activism include civil disobedience, strikes, sanctions, disinvestment, political organizing and so many other tactics used in these struggles? 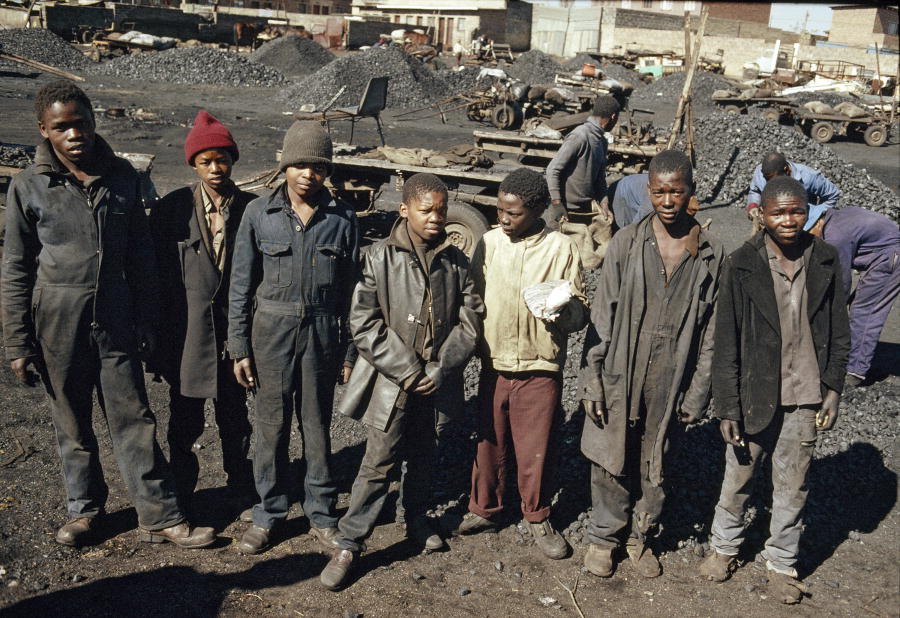 Young mine-workers in apartheid South Africa. It would be odd if the human rights aspect of the anti-apartheid campaign only described litigation in the courts or the publication of UN reports.

To a Western audience at least, a dominant form of human rights advocacy is focused on invoking international legal standards and seeking legal reform and accountability. Where those standards prescribe a clear course of action, simply demanding that government’s follow it does insulate (at least somewhat) that advocacy from the charge of political bias or preference. But many ESR claims can be advanced strictly within the framework of obligations established in international law—there should be no debate on the issue of free, universally accessible primary education. The claim that a move away from law will “politicize” rights claims needs to account for the fact that many mainstream human rights organizations have for decades championed positions that are not firmly grounded in international law, but rather amount to very progressive interpretations of that law, or in fact are claims that new legal standards are needed.

Setting a false dichotomy between social justice and human rights calls to mind the remarks of the great American satirist, HL Mencken, who when asked if he believed in baptism replied, “Believe in it? I’ve seen it done!” There can be little doubt that the global human rights framework as it exists today is ill equipped on its own to achieve global social justice. Nor will human rights litigation halt climate change. Yet insisting on the inadequacy of human rights tools, or on the inappropriateness of applying them to these issues, seems pointless when so many people do place an emphasis on human rights in campaigns for social justice. Given the scale of the misery they confront, who are we to say that they’ve chosen the wrong language in which to do so?

This is a shorter version of an article that first appeared in Can human rights bring social justice?, published by the Strategic Studies project at Amnesty International, Netherlands.

The ‘soft vengeance’ of peace in Colombia