Human rights values and rule of law are lost on authoritarians, but the need to clothe their action in forms of law is not.

South Africans know a tyrant when we see one. The race-hate. The sexism. The contempt for human rights and the rule of law. The construction of the white male as the only authentic citizen. The attacks on the press. The disdain for international opprobrium, or any reasoned criticism at all. These were standard fare under apartheid.

Apartheid was constructed by an elected government. But that government was elected only in the narrowest and most technical sense, as in most parts of South Africa only whites were allowed to vote. And only a minority of those who voted did so for the Nationalist Party, which took power in 1948. As in the 2000 and 2016 US Presidential elections, anomalies in our electoral system at the time meant that a minority of votes cast translated into a majority of seats in the national legislature.

Once in power, the apartheid government stripped non-whites of their limited voting rights, shut down newspapers, and silenced anyone who spoke out against the regime. The state started assassinating its opponents, or killing them in police custody. Government agents turned Black Africans out of “white” South Africa, removed their citizenship and segregated them into a series of government-created satellite states, where they lived in poverty.

This didn’t happen overnight, however. It took nearly twenty years to construct the apartheid dystopia and the security apparatus that propped it up. At every step in its construction, the apartheid state relied on the passivity and silence of the majority of the electorate.

A few well-worn historical patterns are being played out. A racist, intolerant demagoguery has captured the state.

But a few well-worn historical patterns are being played out. A racist, intolerant demagoguery has captured the state. It was elected by a minority of those who voted. It does not play by the usual rules of political engagement, and it has no patience for constitutional niceties. It abhors professional, independent journalism. It ignores court orders and berates the judiciary. Facts it doesn’t like are “fake”. Voters who did not support it are “frauds”.

The citizenship rights of black and brown people are under attack, as new US immigration restrictions apply to permanent residents and other lawful visa holders. In addition, promised “voter fraud” initiatives will restrict the rights of non-whites to vote.

Yet, South Africans also know resistance when we see it. Although black people had never been admitted to full citizenship even before apartheid, they responded to the attack on the few rights they had won by 1948 with protest, civil disobedience and legal activism.

At about the same time that the civil rights movement was defending the rights of black people in courtrooms across the South, Nelson Mandela and Oliver Tambo were seeing clients in their offices in downtown Johannesburg. They defended those arrested under the pass laws, which restricted the free movement of black people in “white” South Africa. They helped protect those who faced eviction from their land under racist legislation.

Nelson Mandela knew then something that we must remind ourselves of now: any authoritarian regime has a craven need to justify itself. Just as apartheid was implemented by legislation, the Trump administration’s restrictions on immigration took the form of an executive order. 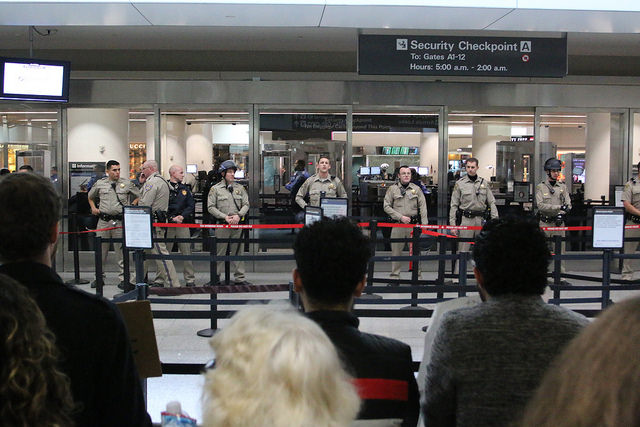 Although the deep values of human rights and the rule of law are lost on authoritarians, the need to clothe their action in the forms of law is not. As the ACLU and the court suspension of the immigration executive order have recently shown us, this creates opportunities to fight back.  Indeed, lawyers arrived in airports all over the country—and in other countries as well, such as Canada—almost immediately after the travel ban came down, working pro bono to help stranded travellers.

For forty years, human rights lawyers in South Africa fought back. They defended black leaders in political trials. They sought redress for deaths in custody. They resisted the extinction of black people’s voting rights.

They knew that they would lose far more often than they won, because the apartheid state packed the judiciary with government-friendly appointees. But they also knew that wherever the law contains an ambiguity, an inconsistency, or creates the right to be heard, there was an opportunity to exploit it.

Nelson Mandela’s address to the court in his second treason trial (he won the first) is a classic statement of resistance to a deeply unjust regime. It helped keep the resistance alive during the years of his incarceration, and was one of the many points of reference for the mass movement that eventually brought apartheid down.

Today, South Africa’s Constitution is based on the ideals of dignity, equality and freedom. Our voting system requires the winning side to get the most votes.

Those who wish to uphold and protect democracy, dignity, equality and freedom in the teeth of the Trump regime must practice them in every space that regime leaves open—the free and fair portions of the media, on the streets, in town halls and in the nation’s courtrooms.

As dark as these days seem, South Africans know that it could be worse, and that only concerted action by an active citizenry can prevent the erosion of the institutions and ideals that make the United States, like South Africa, a beacon of hope for democracy and human rights throughout the world.

Only that sort of concerted action will ensure that, in 50 years’ time, “the United States in 2016” isn’t just another grim historical metaphor.