The democratic community in Poland is under threat, but activists and judges who use the constitution to push back against the government and fight for human rights are now paying a steep price. 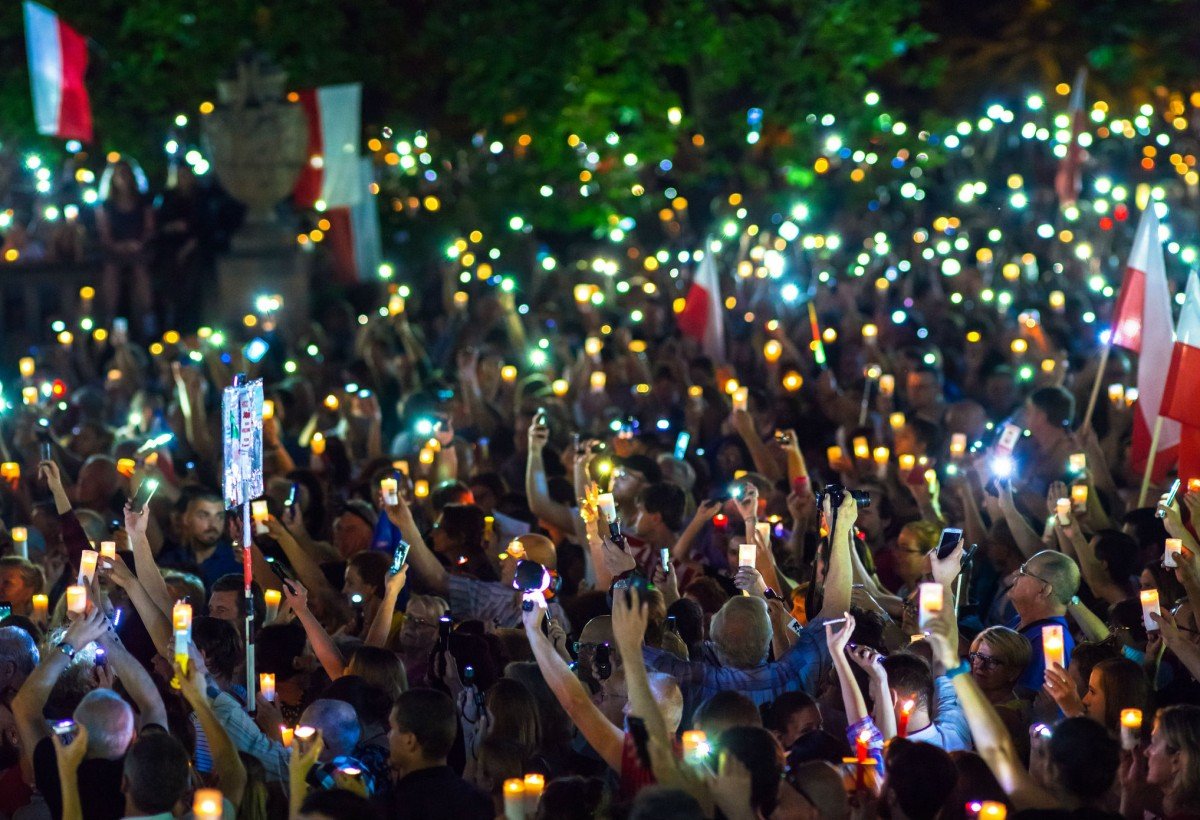 The Polish constitutional crisis evolving since 2015 poses serious threats to the hard-won human rights achievements over the past 30 years. Instead of advancing democratic standards, the democratic community in Poland has been pushed back to square one, fighting once again for the basic principles already granted by the Polish Constitution.

The Polish Constitution was adopted in the national referendum in 1997; while still fairly young, it was the promise of a new chapter in our country’s history. After the fall of the communist regime in 1989, the new, freely elected Parliament faced the challenge of adopting the Constitution, which would provide effective mechanisms guaranteeing the enforcement of human rights. The process, which engaged all political parties and resulted in many unfortunate compromises, took almost eight years and the Constitution was finally adopted in a national referendum.

The Constitution’s authors said they perceived the list of 50 rights and freedoms as a protection from reinstallation of the autocratic regime. However, defining these rights and their scope was among the biggest initial challenges. Even more challenging was the question of how to embed in the Constitution the mechanisms which would guarantee that the act is a judicially enforceable document.

Now, after over 15 years of relative stabilization, with the Law and Justice party coming into power in 2015, the protection of the Constitution faces significant challenges. Even though the governing majority does not have enough votes to change the Constitution, they are using lower ranking legislation to change the entire system of the state. In last four years, the governing majority has adopted over 20 different pieces of legislation concerning the judiciary system and protection of fundamental freedoms (such as freedom of assemblies). Each of these changes pose a serious threat to the fundamental freedoms enshrined in the Constitution. For the majority of the legal community, civil society, and most importantly, average citizens, protesting against the policies introduced by this governing majority also means protecting the Constitution.

For the majority of the legal community, civil society, and most importantly, average citizens, protesting against the policies introduced by this governing majority also means protecting the Constitution.

Nevertheless, the Helsinki Foundation for Human Rights and other human rights groups have achieved ground-breaking decisions in which the courts referred directly or indirectly to the rights and freedoms listed in the Constitution. For example, we had a case of a young man with a mental disability, who would have been legally incapacitated by the first instance court if the Appellate Court not changed the judgement, deciding that full incapacitation would violate human dignity. Moreover, even though Poland is among the European Union countries with the lowest level of protection of LGBTQ rights, the courts have still found a way to protect their rights on the basis of the Constitution. For example, in the case of a printer from Łódź who refused to print a banner for an LGBTQ group due to his beliefs, the Regional Court found in favor of the LGBTQ group on the grounds that everyone has a right to be treated equally, regardless of appearance, sexual orientation, or affiliation.

The audacity to use the Constitution as a tool of human rights protection in the current political climate comes at a great cost.

However, there have been rights cases which we lost, or which we badly lost, even though the protection of the Constitution should have been extended to the applicants in these cases. One example is the case of a Sikh who was persistently forced by the security at one of the Polish airports to remove his turban in the presence of other people. In this case, the courts were deaf and blind to argumentation on religious freedom granted by the Constitution.

Today, the dramatic political changes and changes in the state have deeply influenced the role of the courts. Apart from their role as defenders of individuals, many courts began to function as defenders of a democratic system and as challengers to recent changes.

The Polish Supreme Court and National Administrative Court, for example, have made requests for preliminary rulings to the Court of Justice of the European Union on two aspects of the judiciary’s reform, a flagship project of the governing majority. The proceedings launched by these courts may end up in pronouncing the reforms as incompliant with EU standards and lead to the suspension of their implementation. The fight for the rule of law also takes place before common courts, which have over 600 pending proceedings of protesters who criticized the governing majority and their policies.

Make no mistake, the audacity to use the Constitution as a tool of human rights protection in the current political climate comes at a great cost. The judges who dare to rule against the interests of the governing majority face severe consequences—from smear campaigns in the public media to disciplinary proceedings which may eventually lead to their dismissal from office.

In turbulent times like these, it’s a shared responsibility of legal professionals, human rights organizations, civil society actors and other stakeholders to work to uphold the rule of law. The restoration of the rule of law in Poland is possible under the regime of the current Constitution, but only with an active role of independent courts who would contribute to creating the higher standards of separation and balancing of powers.

The road to restoring the rule of law may be difficult and full of bumps, just like the road to adoption of the Constitution of 1997. However, it’s a kind of challenge worth accepting and fighting for.

Małgorzata Szuleka is the head of advocacy at the Helsinki Foundation for Human Rights (Warsaw, Poland), one of the Europe's leading human rights NGOs. Since 2009, Szuleka has been one of the leading HFHR's lawyers and researchers, often partnering with, among others, the European Agency for Fundamental Rights on major research projects.