A shell-shocked America, a Brexit-divided United Kingdom and a crisis-stricken Europe: they should all note the conciliatory efforts made by Nobel Peace Prize winner Juan Manuel Santos in Colombia.

This year a series of ballot results have left Western democracies in shock and “experts” scrambling to find answers. In an unprecedented act of self-flagellation, the British electorate voted to leave the European Union in an advisory referendum in June 2016. Not to be outdone by their cousins across the Atlantic, US voters proceeded to elect an Ivy League trained business mogul as their anti-elite champion. Donald Trump’s message, or lack thereof, resonated with various sectors of the US electorate, and a sizable number (albeit not a majority) chose Trump as their next president.

Similarly in Colombia, after years of peace negotiations in Havana, Cuba, between the FARC insurgency and government officials, Colombians voted against peace in a referendum held last October. Prompted by a campaign of misinformation and fear mongering, Colombians struck down a peace agreement that would have ended 60 years of conflict and would have resolved the last remaining war in the Americas.

The peace deal, up until the very last hour, was seen as a done deal. President Juan Manuel Santos and FARC negotiators prematurely (in retrospect) celebrated the end of war in an official ceremony on the Monday before the referendum. Most pollsters gave the peace deal a very high chance of being ratified by the Colombian electorate and international organizations and foreign governments were prepping for a Colombia in peace. However, all those plans fell apart on the eve of the referendum.

Marginalized people in areas hardest hit by the conflict...were sidelined once again. Does this sound familiar?

On the morning of October 3rd, a day after the referendum, the schisms that plunged Colombia into conflict in the first place were ever-present. Uncertainty about the future and fears of a slide into war dominated the headlines. To add insult to injury, the “No” vote was particularly popular in urban centers that have been largely unaffected by the conflict. Marginalized people in areas hardest hit by the conflict, who overwhelmingly voted for peace, were sidelined once again.

Led by the charismatic, far-right former president, Alvaro Uribe, the No campaign was unexpectedly popular, gathering support from religious leaders and conservatives all around. The campaign was bitterly fought, surprisingly drawing in issues like abortion, same-sex marriage, and the economy into the debate.  The country was divided along class, ideological and religious lines. In Havana, the FARC stated that they would never collaborate with Uribe or his cronies. It was this peace deal or nothing for the insurgent group. In similar fashion, Uribe came out strongly against the FARC and he repudiated the fact that the sitting government was willing to negotiate a peace deal at all. 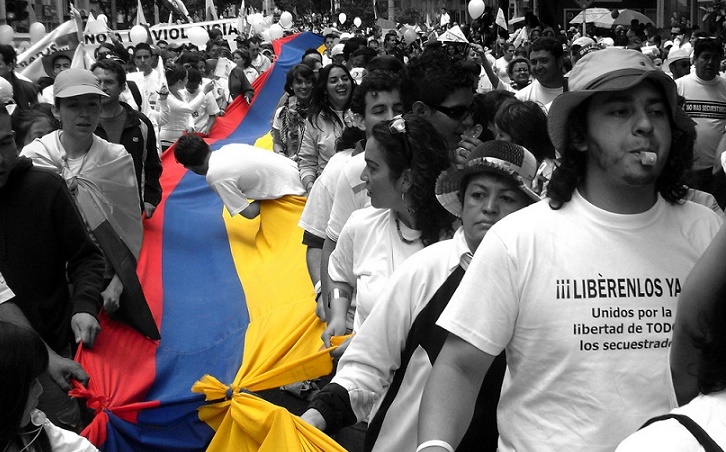 The referendum on Colombia's peace agreement turned into a highly contentious and politicized campaign divided along class, ideology, and religious lines.

Such high stakes made the ratification of the peace deal that much more necessary. However, in the end, the peace deal was struck down by a very slim margin (less than half a percentage point), and a low turnout: a meagre 37% of the electorate bothered to vote. Pundits, the media, the government and the international community were left in shock.

Fast-forward 41 days, and president Santos, opposition forces and the FARC have offered a new peace deal, in a remarkable feat of conciliatory politics. Despite the shellshock after the referendum, president Santos was quick to open dialogue with opposition forces and the far right. On the Wednesday after the failed referendum, Santos sat down with Alvaro Uribe for the first time in six years. Friends-turned-foes, president Santos was at one point viewed as Uribe’s protégée and the heir to the strongman’s legacy. Instead, Santos proved more pragmatic and abandoned Uribe’s war-thumping ways. Colombia has been caught in the Santos-Uribe political rivalry ever since.

Nevertheless, president Santos chose to sit down with his rival to hear him out. Boosted by the Nobel committee’s decision to grant the peace prize to Santos, negotiators in Havana and the FARC were also willing to cooperate with their sworn enemies. Finally, and to their credit, the No vote campaign was open to dialogue as well. Today, Colombia is once again on the verge of achieving peace.

Divided Western societies can learn from the compromises that Colombians have made. Trump cannot effectively rule without the cities, the political establishment and half of the US population. The UK will keep hitting roadblocks if Theresa May is not willing to hear out the “Remain” camp. These countries continue to be under democratic rule, and as such, different sectors of society need to learn to live, tolerate and collaborate with each other. Most Colombians alive today have never known a day of peace, yet we came to this conclusion in the past month. Surely the West can do the same.