R2P – hindrance not a help in the Syrian crisis

The Responsibility to Protect (R2P) doctrine has failed to build an international consensus for action to protect civilians in Syria. Worse, R2P’s implicit support for military action without UN authorization has contributed to the UN’s paralysis. 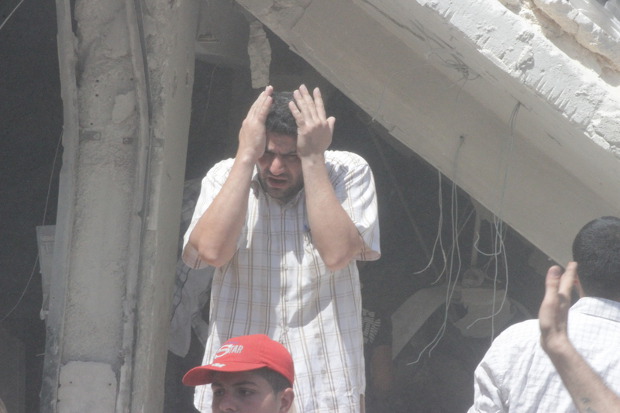 The Responsibility to Protect (R2P) doctrine was developed to forge consensus in favour of international action to prevent or stop mass atrocities. It has failed to do so in Syria. But worse, the doctrine’s implicit support for intervention without UN authorization has contributed to the paralysis of the international community to respond effectively to the human rights crisis in Syria. Re-building an international consensus to act against atrocity will require re-thinking R2P and the illusory military solutions it offers.

The International Commission on Intervention and State Sovereignty (ICISS), which first proposed R2P, argued that UN Member States had a responsibility to act to prevent atrocity, and presented a framework to guide discussions on how to do so collectively and effectively. The aim was to change the terms of the ‘old’ debate on humanitarian intervention, which was prominent in the run-up to NATO’s intervention in Kosovo. That debate was characterized by assertions of a right of unilateral action, and it mixed humanitarian motives for intervention with other broader strategic and security goals.

Regarding Syria, however, R2P has changed little. It is not just that no effective action has been taken to halt the ongoing atrocities, but the terms of the debate on a possible military intervention are eerily reminiscent of the 1990s. The UK Government issued a legal justification for military action citing the “doctrine of humanitarian intervention”, and more or less echoing earlier arguments to justify the NATO action in Kosovo. Similarly, neither President Obama nor senior US officials have framed their case for military strikes within the R2P framework, which requires that the goal of protecting civilian lives must be the primary purpose of any R2P-justified intervention. Rather their argument is grounded primarily in the notion of a punitive strike to deter Syria or any other state from using weapons of mass destruction. This might benefit the civilians who will suffer if these weapons are used again. But as President Obama made clear in his speech on 10 September, it is also intended to send a message to Iran and others who might acquire or use weapons of mass destruction—a message grounded primarily in strategic, not humanitarian concerns. Just as maintaining NATO’s credibility ultimately pushed the alliance to war in Kosovo, a similar concern, over US credibility will be prominent if the US attacks Syria.

If R2P is little help in solving Syria’s crisis, it is also proving a hindrance. The possibility of a military intervention in Syria without UN authorization—raised early on by many western officials—has hardened opposition to other UN measures and undermined unified support for a mediated solution to the conflict, the only option that might end it in the short term.

As endorsed by UN Member States in 2005, R2P requires that states willing to intervene gain Security Council approval, as NATO did in Bosnia in 1994-95 and in Libya in 2011. But a bolder version of R2P asserts the legality of intervention to halt atrocity even without Security Council approval. The ICISS proposal in 2001 required Security Council authorization, but it left open the possibility that there might be cases when interventions would be “legitimate” even without UN authorization. This is the argument used by many to justify NATO’s air attack in Kosovo in 1999.

Given Russian support at the UN for the Assad regime, it is this bolder version of R2P, and the Kosovo precedent for applying it, that is called on in support of arguments for the legitimacy of military action in Syria.  Such arguments were being raised already in 2012 (by, among others, the UK Foreign Secretary). The US and its allies—though until recently wary of using force—nevertheless asserted their right to do so if blocked in the Security Council. (This was implicit in the “red lines” set by President Obama in 2012.) Further, the sense that the US and its allies might circumvent the Council was strengthened when Russia, Brazil, South Africa and others expressed concern that the UN-authorized NATO operation in Libya was misused to effect regime change.

In short, the threat of a resort to force outside UN control has hung over the Syrian crisis almost from the start. And arguably, this has made it much more difficult to win Russian and Chinese approval for other measures. For example, the Security Council could refer the situation in Syria to the International Criminal Court, or impose arm embargoes or targeted financial, travel and other sanctions against members of the Assad regime. The only sanctions taken to date against Syria have been imposed by regional bodies or states acting alone, but are not universal in scope. Indeed, the Security Council has taken almost no action on Syria. Perhaps no other civil war in the past two decades of similar intensity and lethality has been so neglected by the Security Council.

Russia’s near-criminal support for the Assad regime is part of the explanation, of course. But it cannot be the whole explanation. In the Bosnian conflict, Russian support for the Serbian position was also pronounced, yet this did not prevent Russia from endorsing UN action to establish an international criminal tribunal, to create a no-fly zone and, eventually, to authorize NATO air strikes against Serb positions that were targeting civilians. None of this was sufficient to prevent continued massacres, including at Srebrenica, but the fact is that the UN’s record of action in Bosnia compares favorably to its record so far in Syria.

Perhaps Putin’s newly assertive Russia is less willing to join in a Western consensus for action. Coupled with China’s devotion to non-interference in internal affairs, this might be enough to block any kind of action to protect human rights in Syria. Yet if either or both explanations were true, how to explain both countries’ willingness to endorse—or at least not block—Security Council support for the French intervention in Cote d’Ivoire in 2011 or Mali in 2012, or the referral of the Sudan and Libya to the ICC, or indeed the NATO action in Libya, or other cases in recent years where the Security Council has used its enforcement powers to protect civilians? Perhaps it is simply that defending the Assad regime is uniquely important to the Russians. But if so, how to explain the position of the Chinese, who have few close ties to the regime? It is fair to conclude that opposition to Security Council action in Syria is partially based in the fear that strongly worded resolutions not endorsing military action may nevertheless be used to justify it—an outcome all too familiar from previous debates (for example, over Iraq in 2003 or  over Kosovo in 1999).

The utility of force

Yet if military force could halt the atrocities and enforce a ceasefire, why should we be overly concerned about Russian and Chinese sensitivities? The answer is that military action on the terms being discussed—including no-fly zones, protected havens, or targeted ‘stand-off’ air and missile strikes—offers little hope of effectively protecting Syrian civilians.  This is especially so given that the action proposed is de-linked from any political solution or negotiation process.

Those who disagree point to NATO’s air war in Kosovo in 1999, but that offers conflicting lessons. The overwhelming majority of civilian deaths in Kosovo, and the great majority of ethnic cleansing, happened after NATO had begun its air campaign. By limiting itself to an air war, NATO was unable to protect civilians on the ground from reprisals and expulsion, even if it could limit the Serbian army’s ability to use heavy weaponry against them. But at least in Kosovo the bombing was linked to a clear set of proposals for a political solution, so that President Milosevic understood the terms on which it might end. (These did not include his departure from office; he remained in power for another year until he lost elections.)

Some might argue that making clear to Assad from the start that the Russian veto wouldn’t necessarily provide immunity from military action was important to provide a credible deterrent against further atrocity. But the evidence that it has done so is lacking; arguably, civilian deaths have risen even as the military option has gained attention. President Obama and Secretary of State Kerry argue that the credible threat of military action has pushed Assad to negotiate the surrender of his chemical weapons. They might be right, but it is not clear that a threat framed more broadly(i.e. against attacking civilians), would achieve similar results, nor has the US indicated its readiness to make such a threat.

The fact is that coercive military interventions are rarely an appropriate response to prevent mass atrocities. This is especially so when they do not enjoy the support of key actors, including neighbouring states. Sometimes they will be necessary and feasible—as clearly was the case in Rwanda. But the fact that a military intervention would almost certainly have been the best option to halt the genocide in Rwanda obscures the fact that since Rwanda there have been so few other situations (and none on the same scale) where the same is true. This is especially the case, as in Syria, where the military action is not part of a broader strategy to achieve a ceasefire and a return to negotiations (and indeed, if done unilaterally, will only make this more difficult).

The scale of the crisis in Syria demands action, but airstrikes and no-fly zones, unilaterally imposed and directed at only one side in the conflict, are unlikely to effectively protect civilians. The fact that the R2P doctrine nevertheless fuels support for such an outcome, to the detriment of other measures, means it needs re-thinking.

R2P proponents are unlikely to agree, arguing that R2P is much more than a doctrine for military intervention. Rather, as they see it, the use of force is a last resort; R2P’s purpose is to spur any international action that aims to prevent or put an end to mass atrocity. Thus, the mediation that put a stop to the post-election violence in Kenya in 1998, the referral of the situation in Libya or Sudan to the ICC, the holding of crisis sessions by the UN Human Rights Council, and even the deployment of peacekeepers at the invitation of the conflict parties: all these and more are cited as evidence of the R2P doctrine at work.

But it is unwise to bundle together with R2P’s military doctrine a range of lesser (though not necessarily less effective) measures. It may have the perverse effect, as in the Syria case, of tainting all enforcement measures with the controversy attached to military intervention, especially in its bolder (non-UN authorized) version. Further, these other measures are not dependent on the R2P doctrine. They were used, sometimes to great effect, before any notion of R2P was elaborated. Most importantly, many of these mechanisms have a solid basis in international treaties that is much firmer than the political basis for R2P.

At its core, R2P is about building the greatest possible consensus for international action to prevent or halt mass atrocity. As long as the doctrine, and many of its proponents, remain fixated on the possibility of military action outside UN control, R2P is likely to hamper, not hasten, the moment when such a consensus is certain.

R2P down but not out after Libya and Syria