State cooperation can only solve the refugee crisis if states actually want to cooperate. And evidence shows that they don’t.

But can this be accomplished by focusing primarily on the implementation of the 1951 Convention and pre-negotiated commitments from states, administered by an international organization such as the Office of the United Nations High Commissioner for Refugees (UNHCR)?

Hathaway’s proposals for a reformulation of international refugee law is as bold today as it was when it was first published in 1997. At its core, it seeks to make international cooperation more predictable. As noted in the Preamble to the 1951 Convention, “the grant of asylum may place unduly heavy burdens on certain countries” and a “satisfactory solution… cannot therefore be achieved without international cooperation.” The challenge, then and today, is the absence of any binding obligation on states to cooperate to ensure the protection of refugees and to find a solution to their plight.

Given the scale of the challenge, you would think that states would want to fill this gap and benefit from the predictability inherent in the model proposed by Hathaway.

In response to the range of concerns identified by Hathaway in 1997, the 1998 meeting of UNHCR’s Executive Committee featured a general debate on the theme “International Solidarity and Burden Sharing in all its Aspects.” This was seen as an opportunity to test the political appetite for states to reimagine how cooperation could be secured and made more predictable. 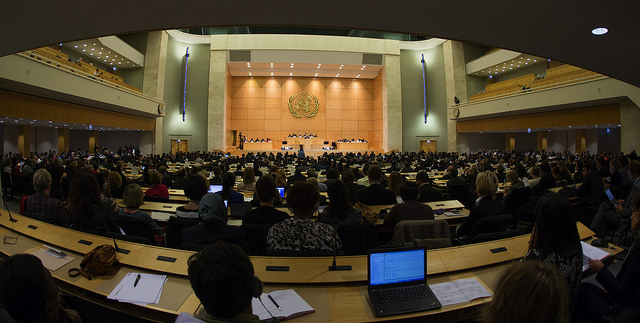 What emerged, however, was a significant divide between the position of refugee-hosting states in the global South and donor states in the global North. Tanzania, for example, noted that “countries of asylum are to a large extent left to bear the brunt of the burden of hosting the refugees they admit” and that “whatever resources that are made available… remain a matter of charity, left to the discretion of individual donor states.” In contrast, the US rejected the notion that the hosting of refugees constituted a “burden”, calling instead for an approach that included increased access to local solutions and recognized the “intellectual and economic contributions of individual refugees.” As detailed in the official summary of the debate, while there was widespread support for the concept of burden and responsibility sharing, there was little interest from states for “new global mechanisms” similar to those proposed by Hathaway.

Then, as today, states are not willing to subscribe to additional obligations relating to refugees. They seem more willing to work through ad hoc, piecemeal responses, rather than cooperate. This is at the core of the crisis we see today in Europe and elsewhere.

But this has not always been the case. In 1989, for example, states agreed to comprehensive, collaborative and cooperative responses to two large and complex refugee situations: refugees in Central America and refugees from Vietnam, Laos and Cambodia. How were these situations resolved?

Second, responses to refugees went beyond humanitarian responses. In Central America, for example, UNHCR worked with development and peacebuilding actors, such as the UN Development Program, to integrate solutions for refugees into broader development and post-conflict agendas.

This is the winning formula that we need to rediscover today: integrate protection and solutions for refugees into broader development and peacebuilding agendas, make UNHCR a dynamic and catalytic organization that is able to understand and leverage the interests of states, and ensure that responses to refugees is seen as a shared responsibility within the UN system.

Part of the solution to the crisis we see today is clearly to promote the full implementation of the 1951 Convention. Hathaway is right to point to the benefits of refugees becoming self-reliant: not only does this benefit refugees, but it reduces the perception of refugees as a burden on host states, it allows refugees to contribute to local economies, and it lays important foundations for solutions for refugees—regardless of where those solutions may be found.

In order to find a global solution to a global refugee crisis, we need to understand the politics of the global refugee regime, engage with the range of issues and interests necessary to overcome complex refugee situations, and reimagine UNHCR as an organization able to predictably play a catalytic role in mobilizing the full range of actors necessary to ensure the protection of refugees and find a timely solution to their plight.

This will mean taking the issue of refugees out of a humanitarian silo and integrating refugee issues into the UN’s work in areas such as development and peacebuilding. This, in turn, will require leadership from the highest level of the UN system to articulate a new approach to making solutions for refugees more predictable.

Finally, this leadership needs to be shown on 19 September 2016, when the UN Secretary-General will host a Leaders’ Summit to propose to Member States new responses to the needs of refugees. There will be no better time to return to the winning formula.

James Milner is an Associate Professor of Political Science at Carleton University and a Research Associate at the Refugee Studies Centre, University of Oxford.