To advance more humane refugee policies, we must reframe the debate

Polls measure public opinion on refugees, but studying deeper thinking and issue framing are the keys to understanding people’s willingness to act.

Despite much global debate and animosity over refugee policy, a recent Amnesty International survey suggests that anti-refugee sentiments are actually the minority view. Globally, two of every three respondents to the survey, conducted in more than two dozen countries around the world, said their governments should do more to help refugees, and four of five said they would accept refugees in their country, community or home. It seems that most people want governments to do more to welcome refugees into their countries, yet many governments continue to turn away large numbers of refugees. This finding presents advocates with an important—and urgent—challenge: we must find a way to align government policies with more support for refugees.

Every day, countless refugees are fleeing war and persecution in search of safer, more stable places to live—and many are dying in the process. In Syria alone, more than 11 million people have been killed or forced to flee their homes in what many have called the worst humanitarian crisis of our time. Some countries, of course, are accommodating refugees, but many aren’t, leaving millions of men, women and children fighting for survival in a state of political and existential limbo.

The crisis has ignited a fierce debate in Europe and around the globe, pitting human rights advocates and their allies against their anti-refugee opponents. In Europe, in particular, the surge of refugees from Syria, Iraq and North Africa has triggered broader debates about immigration, religion and civil liberties, driving anti-Muslim sentiments and fueling a strong nationalist backlash. Combined with lingering fallout from the Eurozone crisis, the migrant rhetoric has fueled the rise of far-right political parties in Austria, France, and other European countries—including some of the more moderate Scandinavian states.

But why is broad public support for more welcoming refugee policies failing to translate into more accommodating government policies? This is, of course, a complex question that begs a much larger one: why do some policies enjoy strong levels of public support but fail to win enactment? The paradox applies to any number of social issues. Take, for one clear example, gun control in the United States. Polls suggest that Americans overwhelmingly support legislation that would require background checks before gun purchases, but advocates have struggled to parlay this support into meaningful gun safety legislation.

Why the disconnect? Part of the answer lies in the fact that polls measure public opinion—but not people’s willingness to act. They tell us about the public mood at a certain point in time. But they don’t tell us very much about why people feel the way they do about social issues or what will move them to action. Studying framing—the way the presentation of information shapes people’s perceptions of issues and their willingness to mobilize for change—does. Unlike polling, framing studies have the potential to unearth the enduring patterns of thinking that inform the deeply held and widely shared attitudes and beliefs that make up what we call culture. Digging up these “cultural models”—and understanding, and in some cases remolding them—is key to driving social change.

A mountain of research shows that frames influence the degree to which people are (or are not) inclined to mobilize in support of solutions. And history is rife with examples of the power of framing to drive change. The battle over marriage equality is but one recent example. Advocates initially framed the issue as a matter of protecting people’s legal rights, but failed to gain ground. When they reframed it in terms of love and commitment, the movement marched forward. 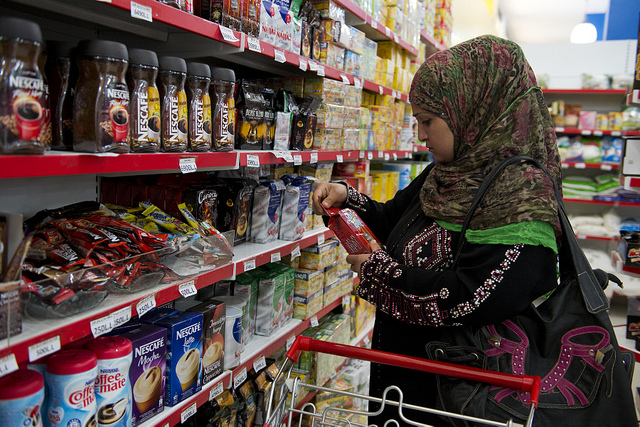 From economic production and consumption to cultural exchange, refugees are often vibrant members of their adopted communities; the effects of such positive discourses on public opinion must be examined.

We’ve seen similar framing victories on mental health, early childhood development, and many other pressing social issues—and we can and should add refugee policy to the list. A reframing initiative will enable advocates to channel widespread public support for more welcoming refugee policies into demand for change. It will create a narrative that can stand up to unproductive—and dangerous—counter-narratives from minority voices and foment a movement to welcome refugees, which would, in turn, improve outcomes and strengthen our global community. To win this important debate, advocates must first wage and win the framing contest.

A the FrameWorks Institute, we’ve learned over the past 16 years that advocates should first conduct careful research into how the public understands the refugee crisis, human rights, and other related issues at core, cultural levels. This anthropological research maps out the “cognitive terrain” and yields a highly detailed explanation of what communicators face when they attempt to engage the public in discussions about refugees, human rights and related issues.

Next, advocates should design and test strategies to reframe the refugee crisis and human rights issues more generally to increase issue engagement and build political will. For this work, we can use qualitative and quantitative methods (like interviews, experimental surveys and in-depth focus group sessions) to determine the extent to which particular frames or frame elements (such as values, metaphors and explanations) affect people’s policy preferences and their willingness and motivation to support specific policy solutions. Finally, advocates and funders need to commit to equipping the field with the tools and support it needs to break through dominant frames and diffuse a more productive narrative.

The debate over refugee policy is playing out on the world stage—and the consequences are real for millions of people who are living their lives on the frayed edges of society. To win this debate, and turn public support for more humane policies into a global reality, we must reframe it.