While many Ukranians place their hopes in the ICC to end impunity, improving the local judiciary could be a more effective development. 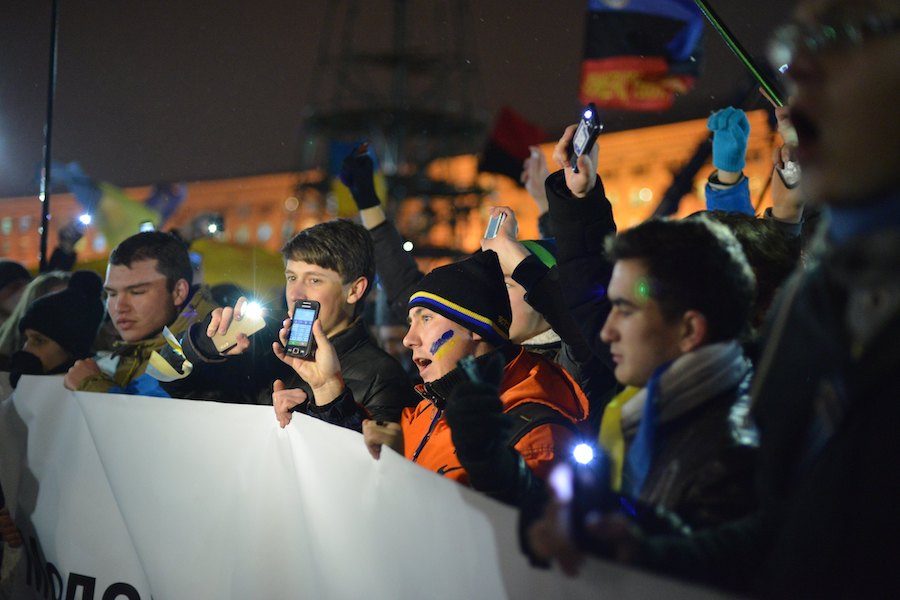 For many Ukrainians, the ICC is the remedy to end impunity for crimes against humanity committed during the Maidan anti-government protests and the ongoing armed conflict in eastern Ukraine. Practical and political considerations, however, may push the country to look elsewhere for justice. Indeed, the increasing reluctance of international judges to stand up against the interests of the powerful, combined with Ukraine’s failure to ratify the Rome Statute, make a quick and effective example of international justice unlikely.

The International Criminal Court (ICC) has seen a difficult year because of a series of strongly contested decisions taken by its judges. There were two cases of high-profile acquittals (DRC former warlord Jean-Pierre Bemba and Ivory Coast ex-president Laurent Gbagbo) after lengthy trials, as well as the pre-trial chamber that invoked the “interests of justice” to reject an investigation into possible war crimes and crimes against humanity in the conflict in Afghanistan. The Afghanistan decision to allow political and practical considerations play a part in the ICC’s mandate, especially, has caused ripples in other countries that seek international justice for crimes committed on their territories.

Ukraine has approached the ICC to examine the worst crimes perpetrated during and after a political crisis that erupted at the end of 2013. Anti-government protests at the Independence Square (Maidan Nezalezhnosti) in Kyiv were brutally suppressed by riot police, who fired live ammunition at gathered crowds. Repeated clashes between police and protesters resulted in more than 130 confirmed deaths, the majority of which were participants in the protests. After a change of government in February 2014, when President Viktor Yanukovych fled the country, the newly installed cabinet signed a declaration to give the ICC jurisdiction over crimes committed during the events that occurred at Maidan between November 2013 and February 2014.

The escalation of violence elsewhere in Ukraine, notably through the Russian annexation of Crimea and a Russia-backed armed separatist insurgency in eastern Ukraine that continue to this day, were the subject of a second declaration communicated to the ICC, which gave the court open-ended jurisdiction in Ukraine. Up until now, the Minks agreements have failed to deliver a lasting peace, and a special monitoring mission of the Organization for Security and Co-operation in Europe (OSCE) records daily exchanges of fire and violations of human rights in the conflict area in eastern Ukraine.

The two declarations communicated to the ICC create a situation that is comparable to the ratification of the Rome Statute. Like any State Party to the Statute, Ukraine must fulfil the duty of active cooperation “without any delay or exception”. However, the two declarations confer only limited rights upon Ukraine. For instance, Ukraine cannot directly refer a situation to the ICC’s Office of the Prosecutor (OTP) for investigation. Rather, it is dependent on the OTP’s preliminary examination of a situation and subsequent pre-trail chamber review by a panel of ICC judges.

The Afghanistan decision is of importance to the situation in Ukraine, since “the interests of justice” could be seized again to reject an investigation on political and practical grounds. Like Afghanistan, there is little hope for cooperation from non-state armed groups, in this instance located in the breakaway territories of eastern Ukraine (known as the “Donetsk People's Republic” and “Luhansk People's Republic”). Moreover, the Russian Federation’s direct involvement in Ukrainian affairs—exemplified by Crimea’s annexation and military support for the separatist insurgencies—may be perceived as a major political obstacle. Recently the United States has deterred the ICC from investigating actions of its citizens in Afghanistan. Could the judges be swayed to refrain from action against a veto-member of the UN Security Council?

The OTP is currently engaged in a preliminary examination of the situation in Ukraine and is determining its “subject-matter jurisdiction”. So far, the Prosecutor has sought to distinguish between possible crimes committed during the Maidan protests and the ongoing armed conflict in eastern Ukraine. In a 2016 report, the OTP threw doubt on the evidence of a widespread or a systemic attack directed against the civilian population at Maidan. In general, the Prosecutor has given few hints regarding the appropriateness of an official investigation—including events in Crimea and eastern Ukraine – although it has mentioned cases of enforced disappearance, torture, property seizure and summary executions of persons among others.

Hopes of Ukrainian citizens and civil society organizations remain high that the ICC will put an end to impunity for violence perpetrated since 2013. Yet, it is unlikely international justice will meet a diverse set of expectations among the population. First, a preliminary examination may not materialize into an investigation or even the widespread prosecution of war criminals. Second, the ICC has always stressed the complementary nature of its work. Ukraine carries a major responsibility in dealing with cases that cannot or will not be resolved by the ICC.

In the upcoming months, Ukrainian politicians will discuss once more the possibility of ratifying the Rome Statute. This would give Ukraine the right to directly defer the armed conflict for an official investigation—rather than awaiting a preliminary investigation and a pre-trail chamber review. However, among decision-makers there remains reluctance to see a future investigation also cover crimes committed by the Ukrainian military. From the viewpoint of international justice, this curtails any prospect of a solution through the ICC.

Rather, a more important steppingstone to end impunity is to further develop the capacity of Ukraine’s domestic judiciary. Local prosecutors are cooperating with the ICC and bringing criminal trials forward, for both Ukrainian military officers and pro-Russian separatists. However, questions remain concerning the progress and effectiveness of the investigation and prosecution of war crimes. Human rights organizations have noted systemic problems due to a lack of staff, resources, reliable records and a unified system for the qualification of crimes. There is a chance perpetrators may escape justice in the future, given Ukraine’s inability to control part of its territory. Moreover, Ukraine will have to face several controversial subjects in the future, regarding amnesty for separatists and the possible reintegration of the annexed and breakaway territories.

The ICC offers no panacea for the crimes committed in the aftermath of Maidan and the ongoing armed conflict in eastern Ukraine. But the ICC’s complementary work could foster an effective domestic prosecution of grave perpetrators. The key to success will not be found in The Hague but is in the hands of Ukraine.

Dr. Quincy Cloet is a researcher at the Helsinki Foundation for Human Rights in Warsaw.