The ICC may consider the local context, but no policy or legal decision that permits impunity for gross human rights abuse can satisfy the interests of justice.

There is much to agree with in Priscilla Hayner’s piece concerning the importance of including national context in decisions taken by the prosecutor of the International Criminal Court (ICC), as to whether to investigate and prosecute international crimes. This would include, in particular, considering whether efforts were underway to negotiate an end to an armed conflict. It is certainly the case that an effective way to stop gross human rights violations is to end armed conflict; it is also correct that little empirical evidence exists to suggest that the ICC’s goal of crime prevention has been successful.

Nevertheless, absent in Hayner’s excellent argument is the word ‘impunity’, and any reference to the idea that combatting impunity is, or should be, one of the fundamental goals of the ICC.  For example, the paragraph of the preamble to the Rome Statute that refers to the goal of prevention of serious violations of international law, begins “[d]etermined to put an end to impunity for the perpetrators of these crimes….” 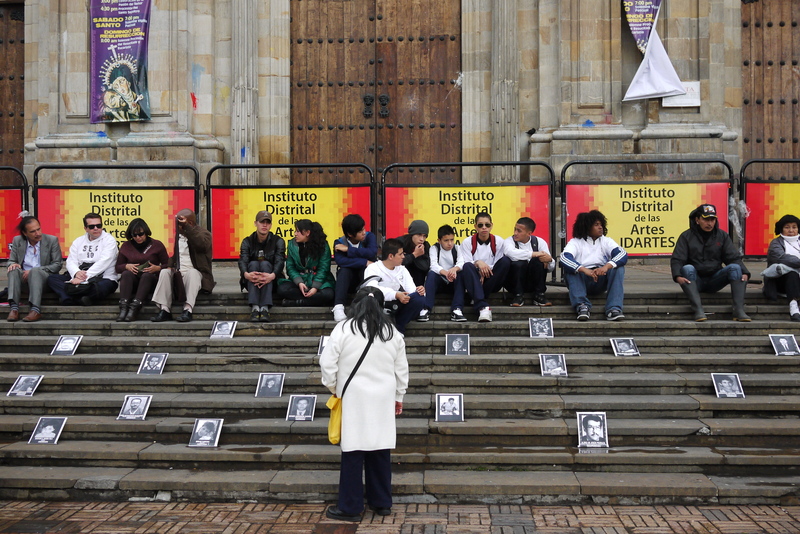 Colombians mourn victims of violence between the government and the guerrilla group FARC. Combatting impunity is, or should be, one of the fundamental goals of the ICC.

Furthermore, the preceding paragraph in the Rome Statute affirms that “the most serious crimes of concern to the international community as a whole must not go unpunished….” This suggests that ending impunity is a separate and independent objective of those states which have joined the ICC.  If that is so, situations will exist where conflict-related atrocities are so repugnant, notorious and/or widespread, that punishing those responsible, even just a few individuals, should enjoy the same moral and legal weight as efforts to bring fighting to an end.   Similarly, in other situations, measures for accountability – be they national, international or both - should be included in peace agreements to ensure that the priority of ending impunity is not forgotten.

The inclusion in peace negotiations of the priority of ending impunity for mass atrocity crimes may indeed make peace more difficult to achieve.  It requires a balance between the need to provide some measure of justice to victims of past crimes, and the desire to avoid more victims in the future.  The ICC Prosecutor’s perception of the “interests of justice” in a particular situation may give less weight – or no weight at all – to the interest of ending an ongoing conflict.  This opinion is consistent with the Rome Statute, which directs the ICC Prosecutor and her office to investigate and prosecute crimes.  Indeed, Article 42 (5) specifically prohibits the Prosecutor from engaging in any activity which is likely to interfere with her prosecutorial functions or diminish confidence in her independence; this might include taking account of peace negotiations.

There is merit to the suggestion that a broader perspective on the concept of “the interests of justice” is necessary, and that there are advantages to the inclusion of local, contextual circumstances in considering ICC policy and prosecutorial decisions. Nevertheless, it is difficult to conceive how any policy or legal decision that permits impunity can satisfy “the interests of justice.” Thus, this broader perspective should also address the importance of the moral and legal value of weakening impunity. If we omit that principle from the discussion, we undermine an essential purpose of the work of the ICC and the entire project of national and international justice.