Ten years after sexual violence in war was officially recognized as a threat to peace and security, sexual violence against men and boys still receives very little policy and research attention—and that needs to change. 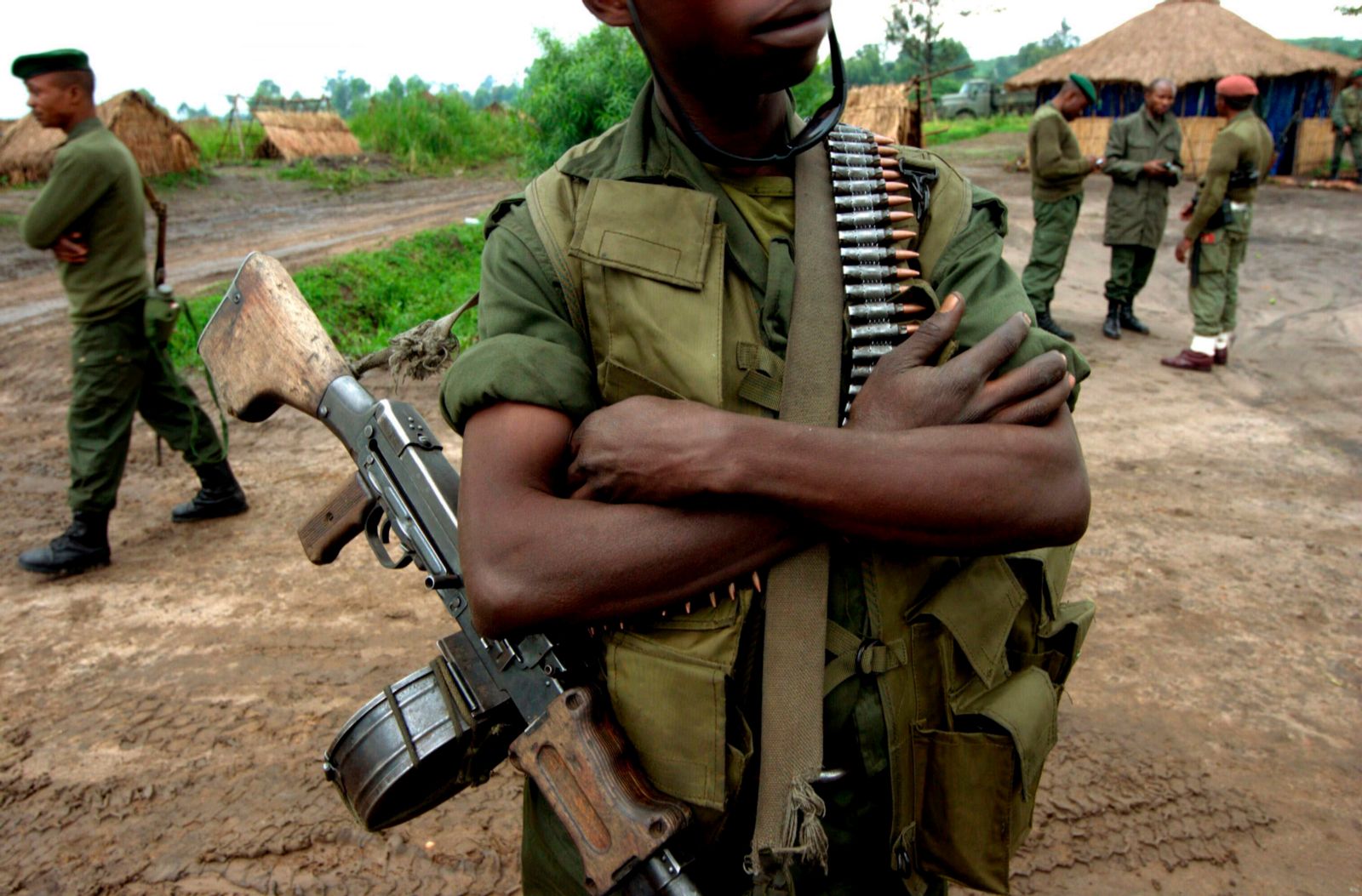 Sexual violence against men and boys largely remains a blind spot in national and international discourses in conflict and post-conflict situations.

This month marks ten years since the adoption of UN Security Council resolution 1820, which recognized sexual violence as a tactic of war and a threat to global peace and security, necessitating an effective and comprehensive security, justice, and service response. It took decades of empirical research, feminist scholarship, and advocacy to get to the point where humanitarian, justice, and human rights actors began to understand that sexual violence against women and girls is a harmful reality of war. The political attention has been welcome, but it has neither lessened the severity of abuse that women suffer worldwide, nor has it brought justice to countless victims and survivors.

Although limited research on sexual violence against males has been undertaken, in settings where it has been explored, conflict-related sexual violence against men and boys has been identified as “regular and unexceptional, pervasive, and widespread”. Very few prevalence studies have been conducted to understand the scale of male sexual victimization, but there are two which provide us some insight: first, a cross-sectional, random cluster survey in Liberia in 2008 which showed 32.6% of former male combatants in Liberia have experienced sexual violence; and second, a population-based assessment conducted in eastern Democratic Republic of Congo in 2010 which showed 23.6% of men—an estimated 760,000 men in conflict-affected territories—have suffered sexual violence. Shockingly high as these numbers appear, stigma works as a serious barrier to disclosure, and therefore these numbers may not reflect the real scale of male victimization.

A literature review of UN and national documentation conducted by All Survivors Project shows that sexual violence has been used against men and boys in 22 countries, which include contexts of widespread political and ethnic violence (Kenya), as a means to intimidate perceived opponents of the government (Argentina, Chile and South Africa) or to pursue government policies (Cambodia). Yet, acknowledgement of sexual violence against men and boys as a phenomenon in conflict situations and efforts to address it both in terms of prevention and responses, remain limited. Invisible to humanitarian actors, under-theorized by academics, and out of the consciousness of policy makers, the issue of sexual violence against men and boys largely remains a blind spot in national and international discourses in conflict and post-conflict situations.

Societal constructs of masculinity and victimhood, alongside homophobia, foster a culture of silence among survivors with many choosing to not report their victimization out of fear of being publicly identified as a survivor of sexual violence or for fear of being considered homosexual. Male sexual violence, even where it has been acknowledged, has often been framed as a form of torture or ill-treatment, rather than sexual violence. Thus far, an inclusive and competent response on the issue of sexual violence for all survivors in situations of conflict and displacement is lacking. Few programs offer services directly addressing the needs of male survivors, and impunity for male sexual violence continues to be widespread.

Societal constructs of masculinity and victimhood, alongside homophobia, foster a culture of silence among survivors with many choosing to not report their victimization out of fear of being publicly identified as a survivor of sexual violence".

Research conducted by All Survivors Project in Central African Republic and Syria shows that men and boys are still largely left out of response mechanisms due to a range of diverse reasons, including: the lack of community awareness or sensitization on this issue; the lack of coordination mechanisms among the humanitarian community; the lack of capacity among responders to proactively identify male survivors and provide services that respond to their specific needs; and finally, an absence of training and evidence-based studies and guidance on how to adequately respond to the needs of sexually victimized men and boys in situations of conflict and displacement. Existing international GBV guidance, while gender inclusive in principle does not, in practice, analyze or address the specific realities, issues and needs experienced by men and boys or other gender minorities.

In April 2018, All Survivors Project, in partnership with UNHCR, brought together representatives from every UN agency in the country with national and international NGOs and the Government of Central African Republic for a first of its kind interagency workshop on male sexual violence in Bangui. Together, this diverse group of actors from human rights and the humanitarian community along with the CAR government drew up a plan of action to address male sexual violence and committed to a multi-pronged strategy to address this practice. All Survivors Project is catalyzing similar discussions within different constituencies, globally advocating that the issue of sexual violence against men and boys be integrated into all government, UN, national and NGO strategies to prevent and respond to sexual violence. In addition, new resources should be dedicated to training and strengthening capacity to address the specific needs of male survivors.

Survivor centered, ethical and methodologically rigorous documentation, research and evaluations should form the basis of all interventions. Without a clearer understanding of how men and boys are excluded in sexual violence responses, the specific barriers they face in accessing services, and how services themselves can build barriers that limit access, an effective response to address the needs of male victims in the short-term will not be possible. And mitigating the longer-term impact of sexual violence on communities will be even more challenging.

Sexual violence against men and boys is gradually emerging as an area of concern and inquiry, with a gradual development of investigatory tool kits, specifically the second edition of the International Protocol on the Documentation and Investigation of Sexual Violence in Conflict, which devotes an entire chapter on the issue. These are welcome steps. A range of multi-sectoral and intersectional responses are required to comprehend and respond to this issue, bearing in mind that any intervention has to be informed by—and done for the benefit of—those who have been affected: survivors, victims, and their communities.

On this ten-year anniversary month, it is important to honor all survivors of sexual violence and pledge to eliminate violence against all genders. Intrinsic to the human rights and humanitarian principle is non-discrimination: no group of survivors or victims can be privileged, and they all deserve equal treatment and responses under law.