If we highlight and develop the transformative potential of human rights, it has the power and mandate to challenge the orthodox economic policies that the IMF promotes. 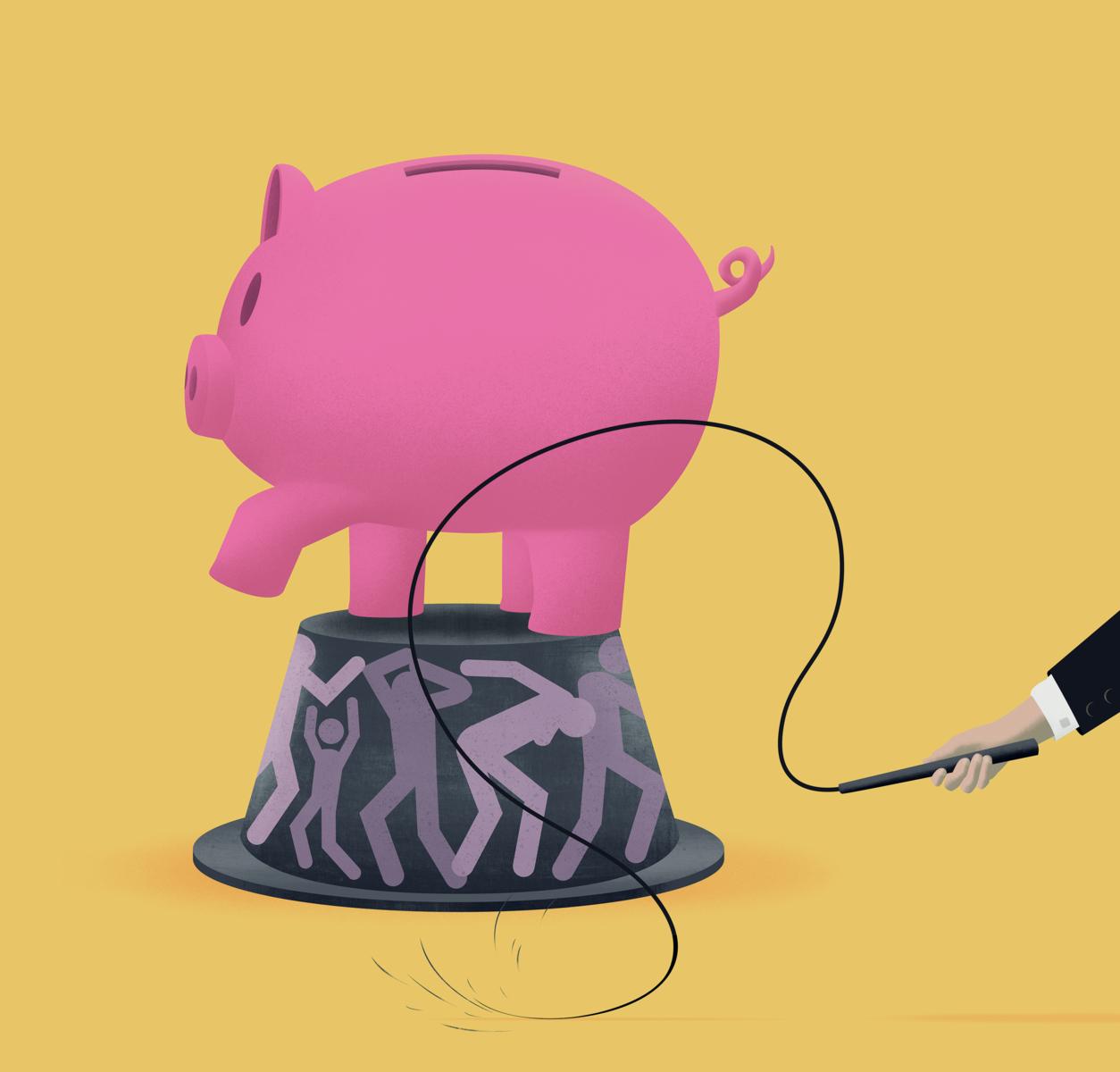 The International Monetary Fund (IMF) has been a central institutional vehicle in the neoliberal reconfiguration of national economies, thanks to its recommendations and the conditions associated with which the credits are granted – basically, to the countries of the periphery and semi-periphery.

The solution to the 2007-2008 crisis was accompanied by a strong injection of liquidity at the global level, without an equivalent counterpart in fiscal policy. This led to a decade of low growth, with low interest rates, which allowed a massive increase in world debt. Sovereign debts caught up with world GDP in early 2020, raising countries' exposure to a payments crisis, all of which once again enhanced the IMF's place in global financial coordination. In fact, by the end of 2019, austerity measures had become the "new normal" affecting 113 countries, which equates to 5.5 billion people (72% of the world's population).

The appearance and spread of Covid-19 around the world unleashed an economic crisis of historic proportions that is still raging in 2021. Expectations for recovery are marked by uncertainty, and the challenges seem centered on the path taken by the most powerful states and multilateral organizations.

From the beginning of the pandemic until the beginning of April 2021, the IMF authorized a total of US$ 250 billion, just a quarter of the trillion dollars it has to lend. Of that amount, it only effectively lent US$ 110,288 billion to 86 countries. These figures contrast with debt relief, which barely reached US$ 727 billion in 29 countries. In other words, the IMF favored increasing debt as a form of assistance rather than seeking real financial relief. In turn, we have seen that during the pandemic, the IMF closed agreements with Ecuador, Egypt, Jordan, Pakistan, and Ukraine, in which typical orthodox fiscal adjustment measures were agreed. Although the IMF is only part of this problem, its role is fundamental, as it is a possible channel to seek solutions to this situation, or to aggravate the potential debt crisis.

According to Eurodad, during 2020, 108 out of 116 developing economies considered their public debts increased, for a total of 1.9 trillion dollars (equivalent to 8.3% of their GDP). These countries transferred an estimated US$ 194 billion in payments to creditors, funds that could have been used to deal with the looming health crisis. Debt payment expenditures exceeded those for health in 62 of these countries, and those for education in 36 of them.

By mid-2020, ActionAid had already warned that low-income countries that had followed the IMF's recommendations to cut or freeze public employment for the past three years had been identified by WHO as facing critical deficits of workers in the health sector during the pandemic.

In fact, at the same time that the IMF deploys a public rhetoric to promote greater public spending, 84% of the loans granted by the IMF during 2020 encourage or require countries to implement austerity measures. The IMF's own fiscal projections show that 154 countries are expected to enact budget cuts during 2021 and 159 during 2022, with 6.6 billion people (85% of the world's population) living under conditions of austerity, a trend that would extend, at least, until 2025. The challenge of making the payment of debts compatible with the imperatives that derive from the human rights paradigm, appears to us as a global problem that affects all countries except those that are creditors.

To enrich the analysis of this complex scenario and the discussion of proposals, the Derechos en Acción magazine (Argentina) has just published a Special Edition dedicated to “IMF and human rights.” It brings together 48 authors from various disciplines and continents who contribute a human rights approach to public and political discussions on IMF policies.

The contributions are an effort to translate a critique from a human rights approach (existing) to the orthodox policies of the IMF into concrete implications (duties) in the field of social, exchange rates, monetary, labor, financial, commercial, fiscal, gender and environmental policies.

These investigations confirm a series of perceptions, theories, and experiences that have been taking place since the early 1980s among academics and civil society organizations.

Firstly, the orthodox economic policies promoted by the IMF frequently have adverse, profound and lasting effects on the economic and social rights, as well as on the levels of inequality in the populations of the debtor countries.

Secondly, that international human rights law is also binding on the IMF (and its member states). It is simply unacceptable for the IMF to perceive itself above human rights. Regarding this issue, it is worth remembering that in the 1980s the UN General Assembly instructed the IMF to discontinue financial assistance to the Apartheid in South Africa because it was deemed a criminal regime.

And thirdly, that the IMF (supported by its majority state partners) even today refuses to be bound by human rights obligations to the point that the very expression "human rights" is prohibited from entering IMF documents. Still, the IMF is not shy about privileging the private property rights of some people over the other human rights of others.

The hegemonic notion of human rights assumes that neoliberalism proposes a vision of them based on the supposed-defense of civil and political rights-- which focus on the individual and assume a distrust of the State to the detriment of economic and social rights - where the relation is essential and the State assumes positive obligations. This has led to strong criticism of the ineffectiveness of human rights to bring about real change in the world. We propose to discuss this minimalistic and defeatist interpretation of human rights, highlighting its transformative potential. Human rights can function as a method to achieve, in highly complex and abstract fields, objectives that today enjoy broad consensus: reducing poverty, inequalities, and climate change. Human rights thus have the potential and the mandate to challenge extreme inequalities, market fundamentalism, and environmental degradation, offering concrete and specific guidelines on the content of the economic policies that should be implemented.

Contributions to the Special Edition demonstrate that human rights provide a concrete guide for economic policy action, and therefore could be used for planning and implementing the agency's recommendations.