At the center of almost every social justice movement are cis- and trans- women and girls, and non-binary folks of color leading the charge. 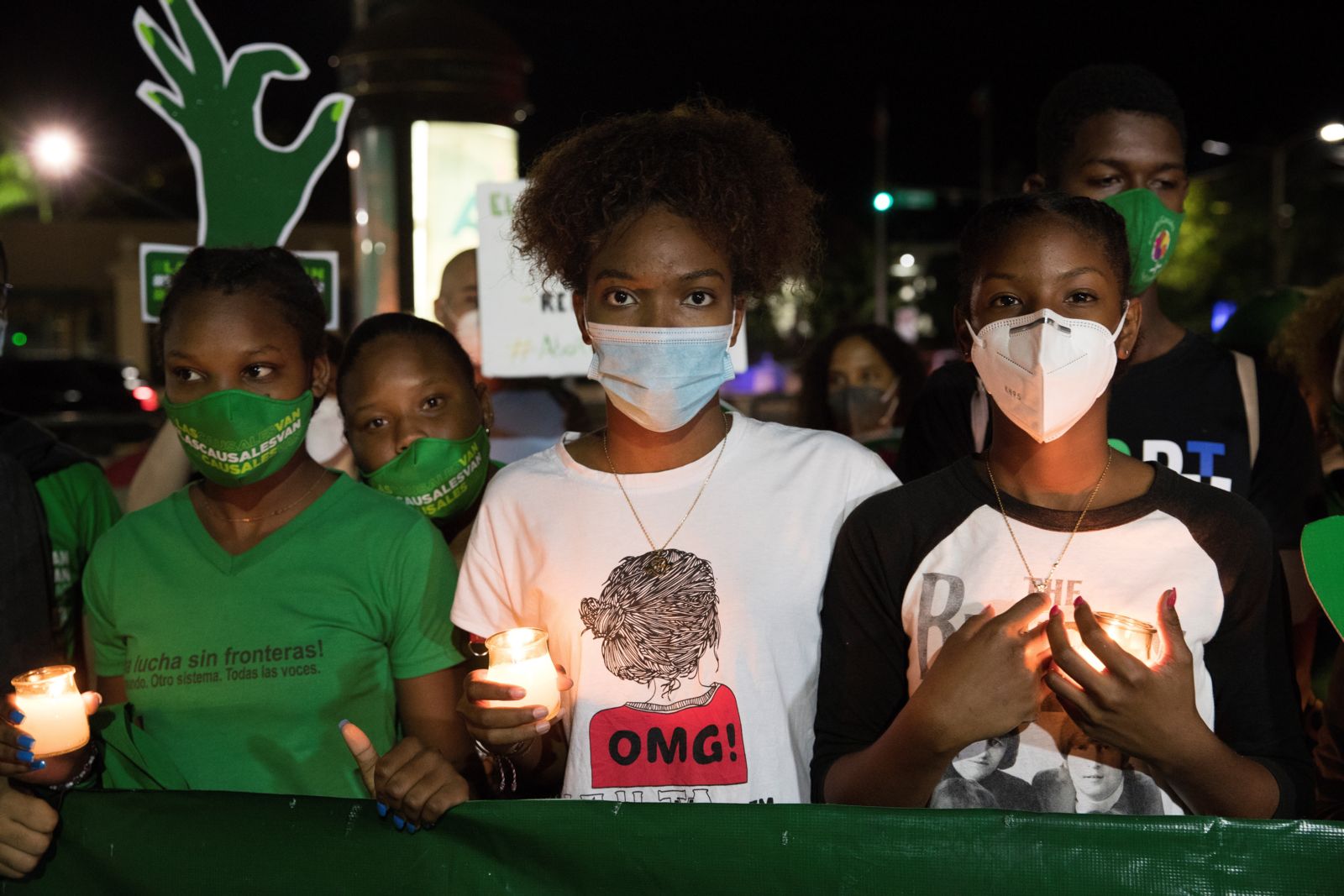 Activists of the Coalition for the Rights and Life of Women protest as they set up a camp to demand the decriminalization of abortion, outside the National Palace in Santo Domingo, Dominican Republic, in March 2021. EFE/EPA/Orlando Barria

There’s a vibrant wealth of feminist movement groups doing transformational work in every setting, country, and across issue areas. Women and girls’ rights organizations in the UK recently succeeded in their advocacy to raise the legal age of marriage. Thanks to the relentless activism of feminist and social justice movements, women in the northern state of Coahuila in Mexico can no longer be prosecuted for getting an abortion. In the US, the Coalition of Immokalee Workers organized to get food companies such as McDonalds, Trader Joe’s and Amarak to sign on to their fair food program. These actions by the workers raised labor standards in a notoriously exploitative industry, and reduced sexual violence in the fields.

At the center of almost every social justice movement are cis- and trans- women and girls, and non-binary folks of color leading the charge. Not only on reproductive rights and sexual harassment, but on voting rights, climate justice, racial justice, criminal justice reform, labor rights—the list goes on and on. They are the unseen (and often under-resourced) heroes that have a deep understanding of oppressive systems of power—patriarchy, white supremacy, colonialism—and are looking to upend them for the sake of creating a truly just and equitable world.

Earlier this month, Shake the Table (an organization bridging philanthropy, government and movements for racial, gender, and economic justice) and Bridgespan (a leading philanthropic advisory service) launched a new research report making the case that the social change work feminist movements lead can be accelerated if they are backed and invested at scale.

Full-disclosure: we are both founding partners of Shake the Table. We are also feminist activists, and the work we’ve been part of in movement spaces has shown us time and time again how much of a difference feminist movements, especially those led by BIPOC women and non-binary people are making to every single social justice and development issue across the globe.

Feminist movements are powerful, and yet they are deeply underresourced. Research by AWID, a global feminist organization, shows that on average, women’s rights organizations have an annual budget of under US$30,000, and receive a mere 0.13% of Overseas Development Aid, and 0.4% of foundation funding, with Black-led feminist movements getting somehwere between 0.35% to 0.01%. Even this limited funding that feminist organizations recieve is often restricted and project specific. This prevents groups from working in nimble ways, and responding to new opportunities that arise.

What makes this situation even more untenable is that the anti-gender movements have deep pockets which they deploy in opposition to universal human rights work. Research by the Global Philanthropy Project showed that between 2008–2017, 11 American organizations associated with the anti-gender movement channeled at least a billion dollars to countries across the globe.

This signficant imbalance is a huge part of the reason why feminist movements find themselves in a constant state of resistance across the globe. Culture wars that have arguably been lost—as evidenced by roll backs in reproductive rights, LGBTIQ rights, or the condemnation of Critical Race Theory for instance—in the US are being instigated and funded across the globe by the far right. In order for feminist movements to accelerate social change—and not constantly hold the line—they need to be deeply resourced.

This matters for the human rights community generally. Patriarchy cuts across every issue. Whether you care about climate change or mass incarceration, militarism or the future of our democracies, women, girls and non-binary people are disproportionately impacted—and feminist movements are on the frontlines of building a better future for all of us. Organizations and funders who are active in any area should learn from them, and support their work.

Individuals do not have to be beholden to the kind of limitations that have traditionally held back the philanthropic world.

Our research shows that feminist movements are ready and able to receive and use upwards of an extra $1.5billion a year. Feminist funds—the largest funders of feminist and women’s rights organizations—for instance are able to absorb an extra US$1billion a year, and already have well-established systems and mechanisms to distribute resources to movements across the globe, including in urgent situations. Where should this new money come from? We think it needs to come from high networth individuals.

The ultra wealthy who are interested in social change work have the ability to transform the resourcing ecosystem for feminist movements. Individuals can give without the caveats that hamper many funding institutions. Some traditional donors, for instance, are unable to fund organizations in particular countries, or only fund a limited number of thematic issues. Individuals do not have to be beholden to the kind of limitations that have traditionally held back the philanthropic world.

Individual donors can give boldly and creatively. They can fund across the ecosystem, and support small unregistered groups, as well as large regional and international organizations. They can give without conditions and limitations. We have seen this example in more recent years by the likes of Mackenzie Scott, Jack Dorsey and even celebrities like Emma Watson or Idris Elba and we need many more wealthy people to emulate this.

Throughout history, we have counted on movements to light the path forward in a complex and troubling world. Today’s world is no different. The globe is heating up. Civil liberties are under siege. A deadly virus persists. More people are forcibly displaced now than at any time in the last three decades. Feminist movements in the Global South and those led by Black, Indigenous and People of Color in the Global North are the answer. We need to resource them to win.

Tynesha McHarris is co-founder of the Black Feminist Fund and a founding partner of Shake the Table.

Swatee Deepak is a practitioner-in-residence at the London School of Economics Marshall Institute for Philanthropy and Social Entrepreneurship and a founding partners of Shake the Table.