A new report argues that widespread human rights violations in Mexico constitute crimes against humanity. But who will stand accountable?

Over a year ago, the United Nations Special Rapporteur on Torture argued that torture is a widespread practice in Mexico—an accusation that the Mexican government vehemently rejected. For many observers, the angry reaction by the Mexican government was specifically due to the link between the term “widespread” and International Criminal Law—more specifically, to the classification of crimes against humanity. For over two decades now, subsequent Mexican governments have dealt with the pressures generated by the nonbinding recommendations of the UN treaty bodies, the Human Rights Council´s mandate holders and the Inter-American Commission on Human Rights and the binding rulings of the Inter-American Court on Human Rights. But facing the possibility of individual criminal accountability is an entirely different matter. The new groundbreaking report by the Open Society Justice Initiative has put domestic and international spotlights on this controversial but inevitable discussion about the possible perpetration of crimes against humanity in Mexico.

Of course, the argument that government forces and organized criminal groups are perpetrating crimes against humanity in the context of the country’s brutal “drug war” is not new. It has been on the table—and on the desk of the Prosecutor of the International Criminal Court (ICC)—for a few years now. But the Open Society report is, to date, the most detailed, rigorous and forceful elaboration of this  position. Largely based on the careful and systematic review of official data, the report makes a convincing claim that “there is a reasonable basis to believe that both state and non-state actors have committed crimes against humanity in Mexico”. The report’s main recommendation, however, is not that the Prosecutor of the ICC should formally open a “preliminary investigation” on the situation. Rather, the report suggests the establishment of an “internationalized investigative body, based inside Mexico, which is empowered to independently investigate and prosecute atrocity crimes as well as cases of grand corruption”. In general terms, this might look similar to the International Commission against Impunity in Guatemala (CICIG), the United Nations independent international body established, at the request of the Guatemalan government, to investigate criminal groups that have infiltrated state institutions. 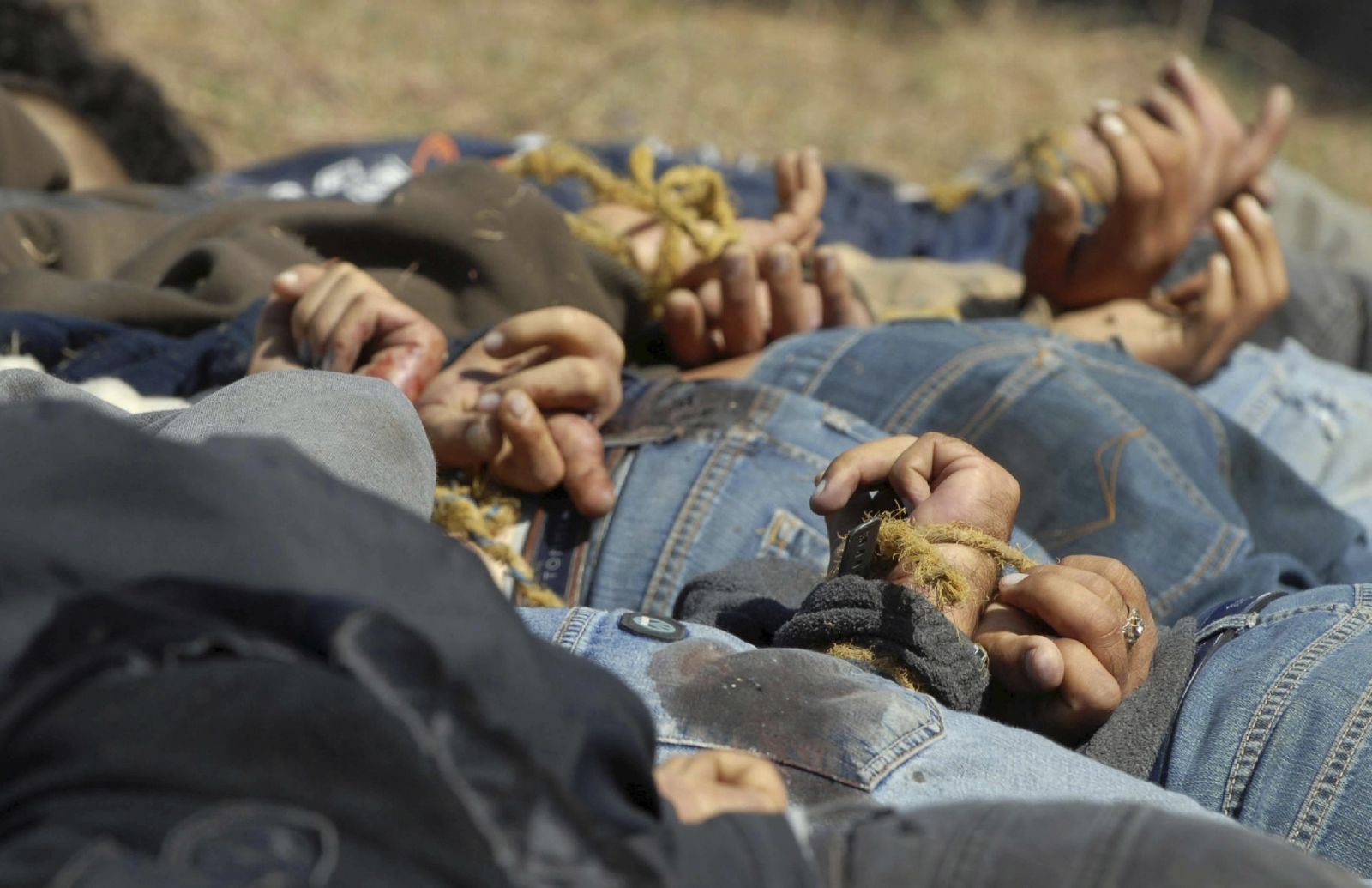 The blatant incompetence of Mexico’s institutions for the investigation and prosecution of crime has been well documented and is beyond dispute. The utter failure of investigative and prosecutorial authorities in the paradigmatic cases of the 43 disappeared students in Ayotzinapa and the 22 civilians killed in Tlatlaya are dramatic confirmations of this fact. The fallout from these incidents has significantly contributed to the already monumental lack of trust in our institutions by both the domestic public and the international community. Given the severity of the crisis, the dimension of the (collective) grievances and the desolate institutional landscape, there is a clear sense of urgency. We cannot wait until we finally decide and manage to try and mend our broken institutions. Indeed, some sort of mixed, internationalized model seems to be the only way out—the only alternative to break the vicious circle of impunity.

Unfortunately, the political context will make the adoption of such an institution extremely difficult.  Another key argument by the Open Society report is that the key obstacle to accountability for the observed “atrocity crimes” is due to a lack of political will more than a lack of capacity. “Successive Mexican governments have almost completely failed to ensure accountability for atrocities (...) Political obstruction—beginning with the government denial of the extent and nature of the problem—is the overwhelming reason for this failure”, the report concludes.

But where might the required political will come from? The incentives for current (or potentially future) authorities are hard to observe and the disincentives are clear. It is true that the Peña Nieto administration is now as weak as it has ever been—particularly in the midst of growing international and domestic pressures over Ayotzinapa and other cases, persistent insecurity and criminality, the failure of its “structural reforms” to deliver economic growth, the increasing budgetary strains and the related considerable losses in the recent state-level elections. In this sense, now is arguably the time to exert more pressure, and thus get significant concessions from a cornered government. But accepting an internationalized investigative and prosecutorial entity is miles out of the government’s self-imposed limits. Beyond the threat of facing individual criminal sanctions, an archaic notion of nationalism and national sovereignty is a predominant and non-negotiable value of the Partido Revolucionario Institutional (PRI).

Similarly, the interests of leftist political parties for promoting and defending human rights have traditionally also stopped at a similar notion of sovereignty. In addition, the disposition towards Open Society’s recommendation by the apparent winners of the recent elections—the formerly ruling Partido Acción Nacional, PAN—will not be very different from that of the PRI. After all, one of their own, Felipe Calderón, originally implemented the strategy that took the military “to the streets”. And, of course, there are the Armed Forces, who still have the informal power to veto decisions and policies that might directly affect their interests. With all of this to consider, the formation of aligned domestic interests, in favor of establishing a mixed or internationalized independent body for the investigation of the “atrocity crimes”, seems  unlikely.

The Open Society report is truly a heavy blow to Mexican authorities—perhaps the heaviest so far received in the context of the current human rights crisis. It offers a clear and loud warning to Mexican society, and it will surely have an important influence in the domestic and international debate regarding the human rights crisis in Mexico. But the Mexican government itself will fiercely oppose the report’s main recommendation. And even if weakened and severely battered, it will likely be able to resist—particularly because so many other powerful actors such as key members of the PAN, the Military and, paradoxically, criminal organizations have just as much to lose. Nevertheless, domestic and international advocates of human rights should continue to push forward and do what they have been doing with courage and perseverance. They have slowly but surely made important progress in the advancement of much needed reforms. Hopefully, this time, they will be able to push farther than they ever have before.