Beyond the courts – protecting economic and social rights

The overlapping and interdependent nature of human rights suggests efforts to protect only some rights in law are misguided. The reason for legalizing economic and social rights is not only to make them justiciable in court; it is to create the political and societal impetus to make rights a reality.

Are economic and social rights just “soft” rights, too woolly to pin down in laws or constitutions? Yes, some would argue. When a policeman tortures a political prisoner, the state can be readily blamed, but when a child dies because her parents are too poor to feed her, who’s responsible? Rights imply duties, and to be meaningful they must be fulfilled. Many developing countries simply don’t have the resources to provide food, education or health services to all citizens who need them. What’s the point, therefore, in turning economic and social rights into solid legal entitlements, and asking courts to enforce them?

We disagree, for two reasons. First, from a development perspective, the notion that some rights are more worthwhile and deserving of legal protection than others simply does not make sense. And second, giving economic and social rights legal protection has an impact far beyond the courts.

Dividing rights into categories—civil and political or economic and social—serves no useful purpose in fighting poverty. When an African widow’s right to own land is recognized, what sort of right are we talking about? Is it a civil right, because it addresses discrimination? Is it an economic right because it concerns property? Or is it a social right because the land ensures the woman’s right to feed herself and her family? 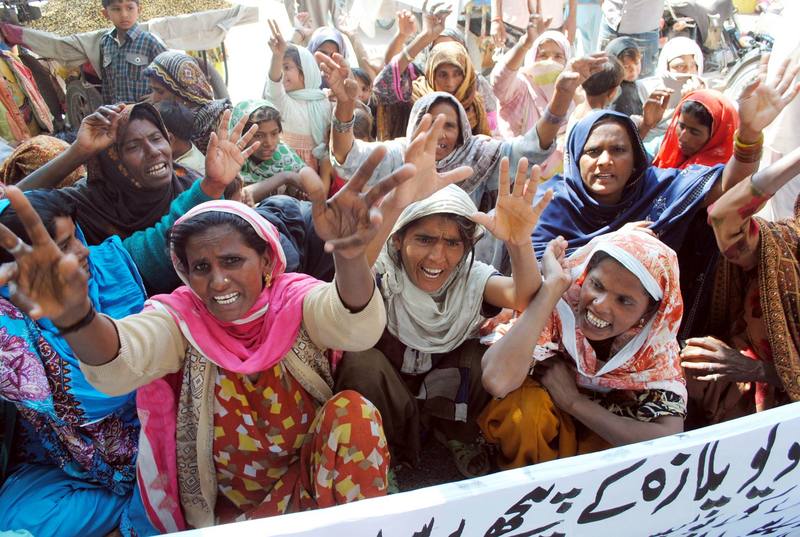 When an Afghan woman flees from violence in her home, she wants justice but she also to wants a safe place to stay, medical care to heal her wounds, and a job to sustain her in the future. Weaken one claim and you weaken them all.

The reality is that rights are rather like eggs. Crack them open, and rights will flow and join up and spread around individuals and communities like social protein: they are good for you in all sorts of ways. And often there will be no telling where one right ends and the next one begins, and therefore it is difficult to separate out just some rights for legal protection.

Previous contributors to this debate have argued forcefully for and against legalizing economic and social rights, basing their arguments around judicial enforcement—that is, on the advisability and feasibility of courts adjudicating claims in matters of education, health care, social security or housing. Should laws and constitutions give you the right to sue your government for clean water, say, or schooling? Yes, says one camp: a judicial decision gives poor people something to wave in the authorities’ face. No, says the other: this is impractical, counterproductive, and may only serve to divert the state’s scarce resources to the vocal and the litigious rather than the vulnerable and the needy.

The reason for legalizing economic and social rights is not only to make them justiciable in court; it is to create the political and societal impetus to make rights a reality

For us, this exclusively jurisprudential analysis misses the point. Of course, courts have a role to play in prodding recalcitrant governments, although it is worth remembering that in many developing countries courts are often slow and expensive to use, or lacking in independence to enforce decisions that hold the authorities to account.

But the reason for legalizing economic and social rights is not only to make them justiciable in court; it is to create the political and societal impetus to make rights a reality.

Legalizing economic and social rights gives formal expression to progressive ideals; it builds political legitimacy behind them; it creates a horizon of societal expectations. When the needs essential to a life lived in dignity—housing, education, basic health care—are elevated to the rank of legal entitlements, they have the power to change the political discourse and decisions on resource allocation. Policymakers are obliged to take legal rights into account when designing and carrying out development plans. Lawmakers find it difficult to ignore the obligations set by law—or do so at their peril, especially in democratic societies where an angry electorate often carries more weight than a learned judge.

Incorporating rights into law produces an environment conducive to change and provides a framework for successful interventions. The International Development Law Organization’s (IDLO) health law program has shown that to fight discrimination and ensure access to medical treatment, the right to health must be enshrined in national law, and implemented with a focus on those most at risk. Furthermore, as the threat of non-communicable diseases grows, countries that have weak or inadequate health laws with no reference to human rights obligations find themselves at a considerable disadvantage against the tobacco, alcohol and food industries. Needless to say, there is also evidence that governments in countries with strong health laws are more likely to invest in the health sector, which in turn pays off in higher social and economic dividends.

Laws can be the vanguard of change, driving popular attitudes and policy shifts. True, there is plenty of evidence out there that laws alone do not eradicate racial prejudice or gender inequality. But it would be hard to find any country in the world that has successfully tackled entrenched discrimination without any constitutional or legal reform.

For individuals and communities living in poverty, recasting their lack of education, health care, housing or clean water not as failures of government policy but as a denial of their rights is a mobilizing factor. When these rights are affirmed by law, coupled with legal literacy and empowerment programs and supported by a dynamic civil society, they become a significant force for change. IDLO’s research shows that this top-down, bottom-up approach, combining grass roots empowerment with constitutional and legal protection of rights, is particularly relevant for women who, more often than not, are compelled to turn to informal set-ups in their communities to settle grievances.

Legal empowerment strategies are not just about litigation, although that may be an important element. They are more often about helping poor people gain the knowledge and tools to engage with those who actually administer the laws that affect their daily lives—land registration offices, local government agencies, rural relief schemes, to give some examples—so that they can protect their property, fight discrimination, receive the health, education and other services to which they are entitled and participate in community and government decision-making that vitally affects their lives and livelihoods.

When economic and social rights are legalized, the greatest impact is likely not to be in litigation, but in the political and policy realms; not in more red tape, but in improved elbow room for development initiatives; not in courts but in communities and people’s lives.

Irene Khan is Director-General of the International Development Law Organization (IDLO), since 2012, and was Secretary General of Amnesty International from 2001 - 2009. Throughout the 1980s and 1990s she worked with the United Nations High Commissioner for Refugees (UNHCR), and led the UNHCR team in Macedonia during the Kosovo crisis of 1999.