Does freedom of religion include the right to convert others, or pressure them into giving money?

Religion is often crucial to group and personal identity. As Cox and Morris illustrate, human rights activists must work to understand how, for many ordinary people, religion is intrinsically tied to a sense of self.

Religious freedom, moreover, is utterly crucial to basic human rights principles. In the late 18th century the French Declaration of the Rights of Man and of the Citizen, as well as the US First Amendment, both established this right. After World War II, almost all the major human rights treaties proclaimed freedom of thought, conscience and religion.

Where is the balance between complete religious freedom, and protection from abuse? How do we protect some, without restricting others?

An assumed “right to convert” is particularly tricky. Until the advent of Christianity, conversion was rare. Few pretended that only one religion offered the true path to salvation, and given that, there was little reason to convince others to change their beliefs. Six centuries later, Islam came to the same conclusion as the Christians: there was one true path, and conversion to that path was thus desirable, and perhaps even necessary.

Yet the freedom to try and convert others has led to extreme cases of abuse: the Crusades, the Inquisition and Europe’s religious wars. Today, it is a source of conflict in Africa, parts of Latin America, India, the US and much of the Middle East.

All human rights treaties distinguish between the right to hold a specific religion, and the right to “manifest” or express that religion in a specific way. The former is an absolute right that may never be taken away. The latter, however, may be subject to restriction to preserve public order, or protect the rights of others.

What, then, does it mean to “hold” a religion without “manifesting” it? One distinction is between practicing your own religion, and trying to convince or force others to do the same.

This difference has clear implications for public policy. In some countries, religion and the state are formally distinct, even though states may often defer to the majority’s religion in public ceremonies or official proceedings. Majority religious institutions may also demand, and receive, favorable treatment. These tacit or explicit preferences for one religion over another are probably violations of human rights, and should not be protected under the “right to religious freedom.”

For instance, in Catholic countries like Belgium, Chile or Peru, there is a formal separation of church and state; yet, in each country’s national day, a Te Deum (a liturgical Christian ceremony of thanks) is performed and attended by top state authorities. In Australia, the constitution establishes the “principle of state neutrality” rather than a defined separation of church and state. However, both secular and religious groups have criticized this principle for not taking a clear enough stance. In the United States, a country where Thomas Jefferson coined the “separation of church and state”, a kind of “civil religion” has developed that essentially worships the American way of life. 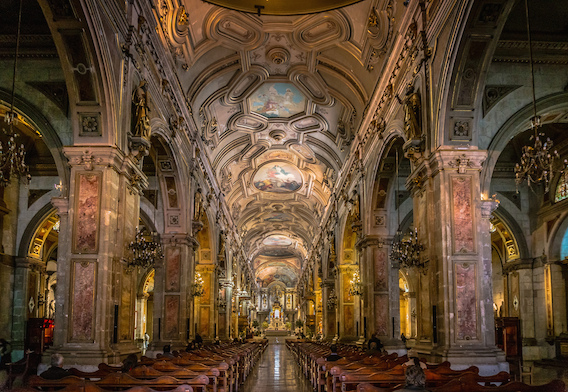 Consider also attempts by unscrupulous religious activists to raise money. Some Evangelical TV preachers, for example, ask the public for money and offer passage to heaven or other purported benefits in exchange. Should these religious figures be free to express these views and engage in this kind of solicitation? Does the human right to religious freedom protect their activities?

It depends. In the US, this kind of solicitation is entirely permissible, because US lawmakers believe that one cannot distinguish “serious” from “non-serious” ministers, and that it is not the state’s duty to protect people from their own credulity. In other jurisdictions, however, lawmakers may feel differently.  For instance, British broadcasting laws prohibit religious organizations from running national analogue stations, but they can still use digital or satellite broadcasting.

It is challenging to regulate religious discourse—even when apparently fraudulent—but it should still be possible. Slovenia is one country that has come close: the constitution separates church and state, and also guarantees freedom of religious belief and practice. Any incitement to religious hatred or intolerance is banned, and no one may be compelled to declare their religious belief, nor is there a state religion. In addition, prayer meetings or lessons in a particular religion are forbidden at state-licensed public schools. Aside from these laws, activities of religious groups are unrestricted.

For the rest, where is the balance between complete religious freedom, and protection from abuse? How do we protect some, without restricting others? Unrestricted religious freedom opens the door to abuses, but so does the lack of religious freedom. Finding that balance is tricky.

José Zalaquett is a lawyer and professor of law, ethics and government at the University of Chile.