Human rights advocates must take their message to street corners, like preachers, and teach the people love for everyone, irrespective of race, tribe and sexual orientation.

Agnes Kyomugisha, a Munyankole by tribe, cannot translate what her pastor preaches in Luganda to her mother tongue, Lunyankole. Still, she parrots his sermons, word for word in Luganda, to her friends who are Banyankole.

This is only one small example of religion’s impact on the lives of people in Uganda and elsewhere in Africa.

In Uganda, 99 percent of the population is religious. Preachers have mastered the art of persuasion, using techniques that make rights advocates appear like novices. Religious leaders can gather a street congregation faster than it takes human rights workers to travel to a local workshop. 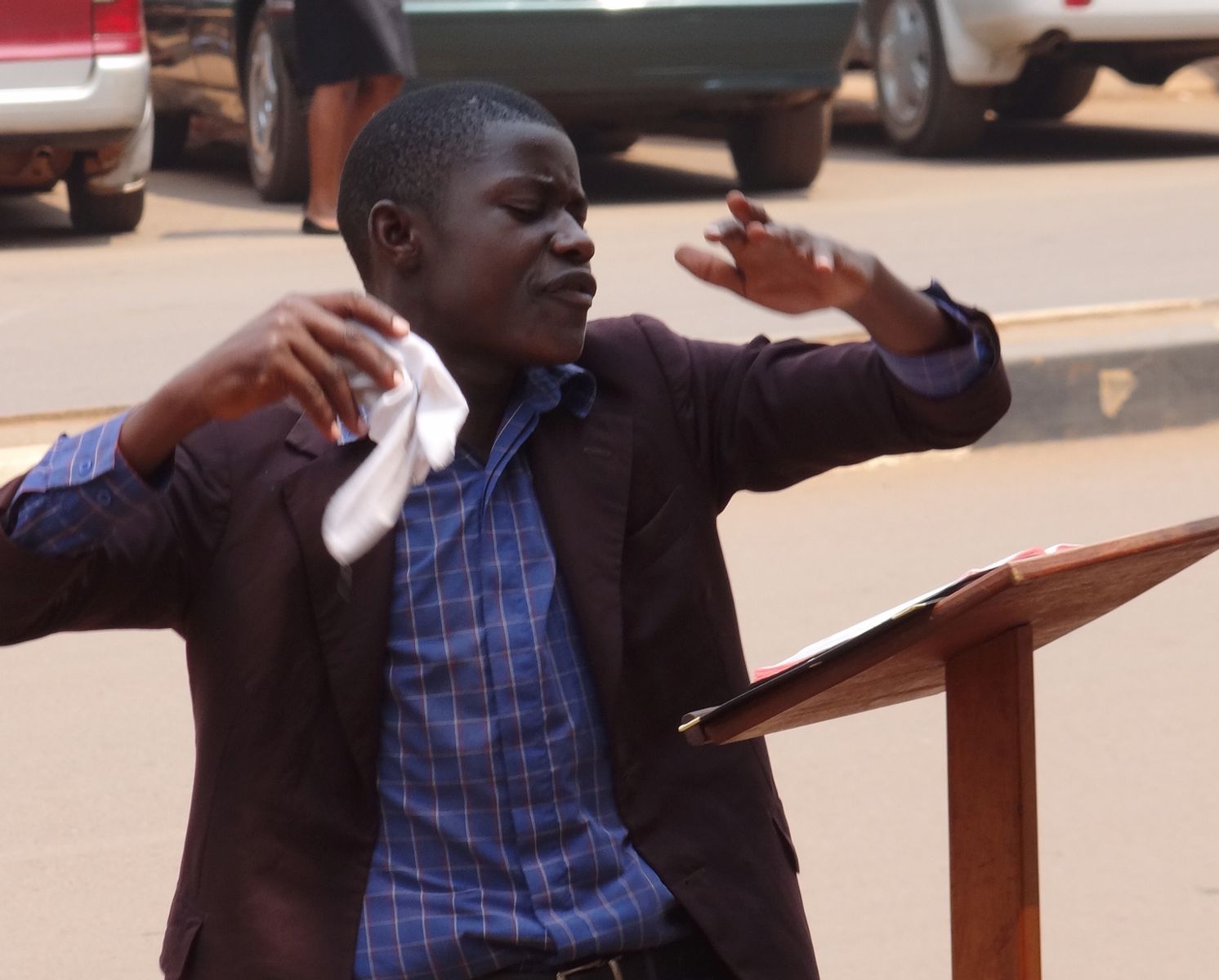 It is high time that rights advocates adopted religion’s methods, preaching to the people so they can protect, promote and respect one another’s rights. I am not just speaking about copying preachers’ styles, I am also talking about the ways rights advocates bring people together to persuade them.

If human rights became like religion, the job of advocates would be easier. On every corner people would be reminded of human rights by advocates carrying The Universal Declaration of Human Rights in their hands, much as Christian preachaers remind the people of forgiveness, love and the Ten Commandments. As Larry Cox wrote previously on openGlobalRights, “By reuniting faith and human rights worldwide, we can replace the approaching human rights ‘endtimes’ with growth, renewal, and resurgence.”

In Uganda, a pastor is rarely questioned because he preaches love. Yet so does the Universal Declaration of Human Rights, which calls for the love of everyone, irrespective of race, tribe, or sexual orientation. People need to be reminded about human rights every day, just like Christians are reminded of the Bible every day.

But if rights advocates become like preachers, why do we need human rights at all?

We need human rights because religion, in Africa and elsewhere, is often misused by religious leaders to get what they want — wealth, power, and other things. I often wonder, for example, how Uganda’s infamous cult leader of the Restoration of the Ten Commandments of God, Joseph Kibwetere, persuaded more than 1,000 people to douse themselves to their death in 2000?

Religious leaders, moreover, are sometimes directly on the side of human rights violators. When Uganda’s Constitutional Court nullified the Anti-Homosexuality Law on 1 August 2014, religious leaders quickly gathered their congregations to petition parliamentary speaker Rebecca Kadaga.  They demanded that legislators vote in an open roll call when the Anti-Homosexuality Bill is re-introduced in Parliament, so as to better expose those legislators who opposed the law. The religious leaders want to identify the legislators they need to target, but then in the same breath, preach love for thy neighbour.

Some LGBT Ugandans fled to the Kakuma Refugee Camp in Kenya after Anti-Homosexuality Act came into effect in February 2014. To date, 35 Ugandans are registered with UNHCR in Kenya as runaway LGBTs.

Human rights organisations protested the anti-homosexuality agitation, condemning a law that criminalised the “promotion” of homosexuality. Several NGOs, including Human Rights Awareness and Promotion Forum, Civil Society Coalition on Human Rights and Constitutional Law, Sexual Minorities Uganda, among others, stood up to be counted.

But it was a very hard fight.

We all know about God, and know where to go to when we desperately need Him. Can we likewise all be preached to about human rights and also readily turn to rights activists to address our ‘problems’?

In Uganda, religion is so powerful that people are willing to defy human rights when asked to do so by religious leaders. People who don’t even know what “LGBT” stands for are willing to chant, “kill the gays,” and fill the streets in large numbers.

One obvious way out of this situation is education. Many Ugandans still don’t know their rights, but with the incorporation of human rights into the national education system, there is reason to hope that things may change.

Another way is to reach out to religious leaders themselves. Like Parsa Venkateshwar Rao Jr. argues elsewhere in openGlobalRights, “The practical way out of this dilemma is to start from the top down, with religious leaders. The human rights movement must win over influential conservatives and clerics, and then allow traditional leaders to bring the people on board.”

For now, however, human rights organisations seem comfortably perched in their ivory towers, unwilling to take their fight to the streets.

I am educated in human rights advocacy, but I am not always sure when my rights are violated. I can visit a human rights organisation for help, but they often seem locked in their own narrow world. Approaching them is not easy. I could probably Google what to do, and how to go about it. But what about the common citizen, living in a poor urban neighborhood, or village? Is she aware of her rights? Does she know when her rights are being violated, and what she can do in protest?

We all know about God, and know where to go to when we desperately need Him. Can we likewise all be preached to about human rights and also readily turn to rights activists to address our ‘problems’?

The good news is that the government of Uganda, a major violator of rights in its own right, is finally developing a National Action Plan for Human Rights. This should provide a national framework for coordinating, monitoring and evaluating of human rights policies, programs, and strategies.

If reinforced by fiery preachers for human rights, this new action plan might just make a real difference.

Beatrice Lamwaka is Ugandan writer with a keen interest in human rights. She is the founder of Arts Therapy Foundation, a non-profit organisation that provides psychological and psychosocial support, to people affected by the two decades of armed conflict in northern Uganda, through creative arts therapy. Her short stories available online include: Queen of Tobacco, Butterfly Dreams, and Vengeance of the Gods. She is working on her first novel, Sunflowers.