Delivering on the SDG’s promise to reduce economic inequality requires progressive taxation and effective enforcement to ensure wealthy businesses and individuals follow global rules, pay their fair share, and bear responsibility for their role in the climate crisis. 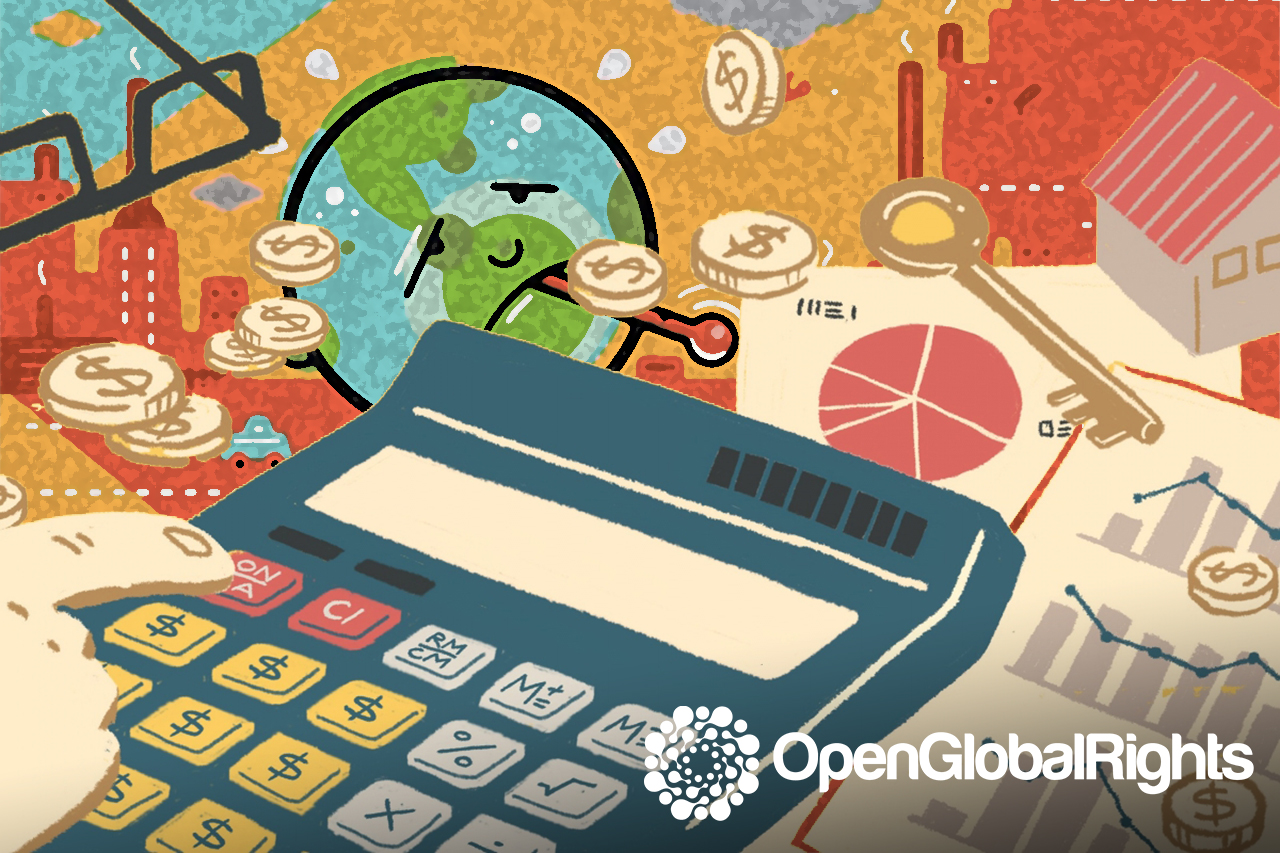 Inequality topped the agenda at the 2019 High-Level Political Forum on sustainable development, which just concluded at United Nations headquarters in New York. But the rhetorical emphasis on “ensuring inclusiveness and equality” will not translate into concrete reductions in disparities within and among countries, as Sustainable Development Goal 10 demands, unless governments endorse progressive taxes and transformative social programs. Closing the economic divide requires that wealthy businesses and individuals follow global rules, pay their fair share, and bear responsibility for their role in the climate crisis, which hits the world’s poorest residents hardest. Tethering development priorities to private finance and philanthropy rather than public revenue and budgeting—as the UN seems to have done in signing a Strategic Partnership Framework last month with the World Economic Forum—is not just a risky proposition; it also ignores the vital role of fiscal policy in raising and redistributing resources, regulating conduct, representing the governed and realizing their rights.

Our new edited volume, Tax, Inequality and Human Rights, makes the case for why fiscal policies—including tax laws and loopholes—are ground zero in the fight for human rights. The collected essays address topics ranging from the human rights impacts of international tax reform processes, the liability of states in facilitating cross-border tax abuse, and the case for greater tax transparency, to racial and gender discrimination in levies on labor, soda, and tampons, and the debate over universal basic income. The book critically examines the intersections between tax and human rights law, and explores how states’ human rights obligations should influence both domestic and international tax measures. In doing so, it contributes to a vital debate about human rights and fiscal policy in an age of extreme inequality.

A new fiscal orthodoxy has taken root around the world, with profound implications for human rights. Some of the orthodoxy’s core ingredients, such as public spending cuts, are decidedly not new; what international economic organizations have rebranded as “fiscal consolidation” is just a euphemism for “austerity.” The cementing of budget caps in constitutional provisions, like the “expenditure ceiling” adopted in Brazil with IMF backing, is forcing cash-strapped local governments to resort to discriminatory spending cuts and revenue-raising strategies that take a severe toll on the poor. But the wave of privatization sweeping the globe today is more far-reaching than that seen during the heyday of deregulation under Reagan and Thatcher; it extends beyond the provision of public infrastructure to core state functions, like education, and traditionally sovereign domains, like criminal justice and detention. As the market expands, economics increasingly determine an individual’s capacity to access goods and services, and to exercise freedoms, essential to human rights.

Eliminating the extreme economic disparity within and between countries demands fiscal creativity.

These measures exacerbate extreme economic inequality around the world. The number of billionaires has doubled in the ten years since the financial crisis, and, according to Oxfam International, 26 people now own as much as the 3.8 billion who make up the poorest half of humanity. A new report by UNCTAD describes labor’s declining share of GDP since 2000 in both developed and developing countries, indicating that global economic growth is disproportionately benefiting capital, and finds that the top 1% of the global population live on an average income of US$172 per day, while the poorest 50% subsist on only US$4 a day.

Skewed tax laws and administration help to rig the system in favor of the rich. In the United States, where inequality has reached levels reminiscent of the Gilded Age, double standards are baked into the tax code and its uneven enforcement. An exposé by ProPublica earlier this year revealed that a taxpayer with an annual income of $20,000, who claims the “earned income tax credit”—a modest tax benefit intended for the working poor—is more likely to be audited by the IRS than someone making 20 times as much. The top five most audited counties in the country, ProPublica showed, are all southern, Black, and poor. Meanwhile, in 2018, some 60 Fortune 500 companies paid nothing in taxes to the federal government on nearly $80 billion in corporate income.

These glaring disparities in tax treatment are not unique to the United States. Wealthy individuals across the globe continue to hide their assets offshore, at rates far higher than less affluent taxpayers, exacerbating inequality. As the IMF has confirmed again, corporate tax dodging is a pernicious problem that takes its steepest toll in developing countries. Difficulties in collecting direct taxes encourage further reliance on regressive consumption taxes, like the VAT.

Tax policies and practices are not just part of the problem, however; taxation holds promise as part of the solution to growing inequality and persistent poverty. Data captured in the 2018 World Inequality Report, showing divergent trends in inequality in the United States and Europe since the 1980s, underscore that progressive fiscal regimes can be effective in reducing wealth and income disparities. Oxfam’s Commitment to Reducing Inequality Index 2018, which analyzes how fiscal policy affects the economic divide, highlights recent progress in South Korea, where the government increased tax rates on the wealthy, social spending, and the minimum wage, and Chile, where the government raised corporate taxes.

Because indirect taxes are regressive, however, their ultimate impact on inequality hinges on revenue distribution, coordination across countries, and interaction with other green fiscal policies.

To be sure, tax regimes alone cannot rectify structural biases in the status quo. Take, for example, South Africa: it reportedly has the most progressive tax laws in the world, but the highest levels of economic inequality—an apartheid legacy that some say cannot be overcome without stronger labor market policies, more effective social grants, and a wealth tax, as well as continued efforts to combat racial and gender discrimination.

Eliminating the extreme economic disparity within and between countries demands fiscal creativity. Some municipalities are pushing the bounds of what’s possible. Portland, Oregon, for example, imposed a surtax on companies whose CEOs are paid grossly in excess of the average worker’s salary.  A recent report from Americans for Tax Fairness presents a menu of options for generating revenue by increasing the relative tax burden on the wealthy and corporations or leveraging previously untapped sources, such as a carbon tax, to reap both fiscal and environmental dividends.

Taxing fossil fuel consumption could be a win-win strategy for reducing inequality and saving humanity. Because indirect taxes are regressive, however, their ultimate impact on inequality hinges on revenue distribution, coordination across countries, and interaction with other green fiscal policies—issues that the UN Committee of Experts on International Cooperation in Tax Matters has committed to address in the development of guidelines on carbon taxation. There are competing theories about how to mitigate the burden on low-income taxpayers. Some scholars argue lump-sum carbon dividend payments are more progressive than cutting other taxes. In 2018, Canada adopted such a carbon tax and rebate scheme, joining some 26 other jurisdictions that have some form of carbon tax. That approach may be the most politically palatable but other progressive possibilities—such as financing infrastructure and services in low-income communities already suffering most from climate change—should not be ruled out.

Staving off “climate apartheid” and protecting human rights—while delivering the 2030 Agenda—will clearly require all the fiscal tools in the toolbox.

Nikki Reisch is a human rights lawyer and social justice activist. She is the Legal Director of the Center for Human Rights and Global Justice and a supervising attorney in the Global Justice Clinic at New York University School of Law.