After a recent study revealed that drug law enforcement often targets poor people and vulnerable groups, the UN Working Group calls for the decriminalization of drug use. 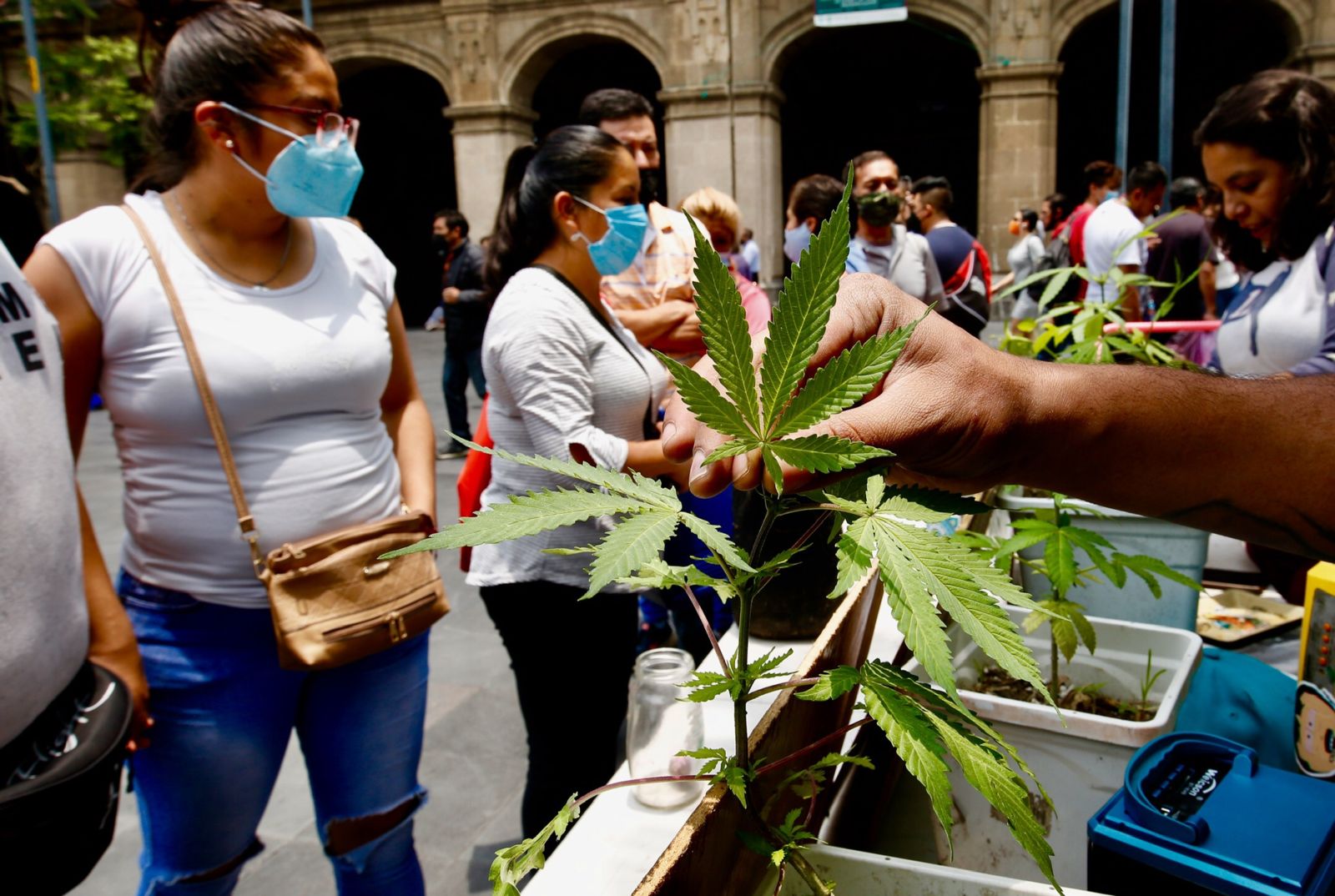 Activist of the Mexican Cannabis Movement Plantón 420, show marijuana plants, as a protest demanding the regularization of cannabis, at the door of the Supreme Court of Justice of the Nation, in Mexico City. EFE / Carlos Ramírez

In the recent 47th session of the Human Rights Council, the UN Working Group on Arbitrary Detention released a study relating to drug policies. In this report, the Working Group examines how punitive drug policies have resulted in a large and disproportionate increase in detention and imprisonment for drug-related offences worldwide. The Working Group further observed that drug law enforcement often targets poor people and vulnerable groups, such as women, and people of African descent. They call for the decriminalization of drug use and possession, acquisition, or cultivation of drugs for personal use.

In the same Human Rights Council’s session, the UN High Commissioner published a seminal report that analyzes systemic racism against Africans and people of African descent by law enforcement agencies globally. She identifies that the conduct of special police operations in the context of the war on drugs is a driver to police-related fatalities that have occurred most frequently. In this report, the High Commissioner calls for removing laws and practices that incentivize racial discrimination in law enforcement, including reforming drug-related laws and policies.

These reports are important and opportune for contemporary human rights and drug policy reform movements, for at least two reasons. First, in times of long overdue racial awakening, it affirms that the war on drugs is a major building block that continues to sustain racist and abusive policing globally. In Indonesia, in its three rounds of execution in 2015-2016, nine of eighteen people executed for drug offences were all African nationals. In the US, Black people are almost four times as likely as their white counterparts to get arrested for marijuana possession, despite similar rates of consumption. Reading the two reports, one may infer that comprehensive efforts to uproot racial injustice and discrimination in law enforcement entails dismantling the punitive drug policies that are historically and intrinsically racist.

Second, it diagnoses repressive drug policies as a root cause of over-incarceration and overcrowding and advocates for shifting policies towards alternatives to incarceration. Overcrowded prisons with poor conditions may amount to inhumane and degrading treatment and punishment, or even torture. And as the COVID-19 pandemic reveals, places with high density and lacking adequate hygiene and sanitation, such as prisons, struggle with the outbreak. The international system of drug control that almost exclusively relies on criminalization and imprisonment fuels this global phenomenon of mass incarcerations. In Thailand, where the overcrowding rate is over 300%, at least 80% of the prison population is for drug-related offences. In Indonesia, with a prison occupancy level of over 200%, drug-related offences take up 50% of the prison populations. Millions of people could have been prevented from being incarcerated in the first place, should decriminalization of certain drug-related offences be introduced.

The above reports mark a critical shift within the UN architecture, particularly in its human rights system in Geneva. It does not only recognize the war on drugs as a prime mover of various human rights casualties all over the world, but unequivocally calls for reforming drug policies including decriminalization of drug use and possession for personal use. The two reports align themselves with the UN common position on drugs, and the UN common position on incarceration.

Reading the two reports, one may infer that comprehensive efforts to uproot racial injustice and discrimination in law enforcement entails dismantling the punitive drug policies that are historically and intrinsically racist.

However, given that the UN Office on Drugs and Crime (UNODC), the Commission on Narcotics Drugs (CND), and the International Narcotics Control Board (INCB)—all of them sit in Vienna —remain the dominant force of the international drug control regime that seeks to create a drug-free world, one should be cautiously optimistic in interpreting such a move. For so many years, Vienna tends to be silenced on, or even on some occasions dismissive of, the intended human rights consequences of the drug prohibitionist pursuit. It is therefore crucial to ensure that those gains accomplished in Geneva can help disrupt the prohibitionist regime. Here I would like to offer some thoughts on how the human rights community and drug policy reformers could capitalize this momentum.

First, there should be a holistic and systematic approach in Geneva that will help mainstream drug policy reform agenda across the UN special procedures, treaty bodies, and the Office of the High Commissioner for Human Rights (OHCHR), and strengthen their capacity in addressing drug-related human rights challenges. Human rights concerns relating to drug laws and policies have such a depth and breadth gamut, from indigenous groups to women, the right to life to discrimination in healthcare settings, and the livelihood of opium farmers to racial justice.

Any platform or initiative that can avoid silos, and maintain and advance collaborative efforts among mandate holders and OHCHR, is key. Since the Global South disproportionately bears the brunt of the drug war, it is imperative that people who use drugs, affected communities, and civil society from the Global South are able to lead and shape any endeavors that will occur.

However, strengthening the UN special procedures, treaty bodies and OHCHR alone is not sufficient. To counterbalance Vienna’s power, the corresponding political body in Geneva, that is the Human Rights Council, should also be more active in scrutinizing human rights obligations of Member States when implementing their drug laws. Here comes my second proposal. Member States who are committed to drug policy reform quests should join forces and ensure that the Human Rights Council is fully equipped in confronting human rights questions related to drugs. This can start, for example, with states that are members of both Human Rights Council and Commission on Narcotics Drugs to encourage system-wide coherence of the human rights centrality to drug control in both Geneva and Vienna. Furthermore, they can also incorporate the International Guidelines on Human Rights and Drug Policy in the Council’s and Commission’s work.

Finally, human rights organizations should be more present in the drug policy space and help push human rights accountability in law enforcement and drug control implementation, that range from tracking and monitoring financial assistance in drug aid to examining the excessive use of force in drug operations. In many places, human rights groups are ready to condemn human rights abuses that occurred under the pretext of the war on drugs. However, they may not be comfortable to oppose the logic of the prohibitionist regime. But here lies the problem. A commitment to, for example, abolish the death penalty for drug offences, cannot be coupled with a mindset that retains demonizing drugs.

So long as the current paradigm of drug control maintains that drugs are an “evil” that the international community has a “duty to combat”, the justification for extreme policies and practices will always linger. One should realize that racist law enforcement laws and practices, over-incarceration, and all those human rights violations in the name of drug control, stem from that underpinning belief. To end the drug war, we need to wipe out that oppressive ideology.

Ricky Gunawan is a program officer with the Global Drug Policy Program, Open Society Foundations, and an Indonesian human rights lawyer. He holds an MA in Theory and Practice of Human Rights from the University of Essex.