International Criminal Court developments in 2014 have certainly been important, but we must also look to key events in regional and national institutions that are pushing the evolution of international law.

This has been a busy and interesting year for international criminal justice, with noted developments at the international, regional and national levels. While most of the prominent developments were at the international level relating to the operation of the International Criminal Court (ICC) and the United Nations Security Council (UNSC), these have not occurred without intense debate. But we must look beyond these institutions to other types of courts and tribunals that have influenced international law this year. Not all the developments have been positive, of course.  And some—such as the failure to prosecute Kenyan president Uhuru Kenyatta—have inspired outright despair. But these negative incidences must be weighed against all the positive advances. Looking at 2014 as a whole, there were many developments that inform the way we view and understand international criminal justice.

First, there was the conviction by the ICC of Congolese warlord Germain Katanga, which inspired mixed reactions. Katanga was convicted, as an accessory, on one charge of murder as a crime against humanity, and four counts of war crimes (murder, attacking a civilian population, destruction of property and pillaging) for an attack on a village in Bogoro. Katanga was acquitted on charges of recruitment of child soldiers and sexual violence. While some celebrated his conviction as a victory for international criminal justice, others bemoaned the delays and the fact that he was acquitted on other charges. The ICC Office of the Prosecutor initially appealed Katanga’s sentence (12 years, of which he will only serve six) but later decided to discontinue its appeal. In the absence of other trials related to the Bogoro attack, both at the ICC and at national level, justice for these particular victims might never be fully realised.

The second key development was the UNSC attempt to refer the Syrian situation to the ICC, which was thwarted by China and Russia. This development accurately put the spotlight on the UNSC as the institution that should act in the interests of peace, security and justice - especially the latter, given the powers it has under the Rome Statute to refer the situation in non-state parties to the ICC. It is interesting to note that the three African countries currently on the UNSC, Rwanda, Chad and Nigeria, all voted for this referral. While the vote failed, the support lent by these three African countries (and others outside of the UNSC who voiced support) shows that they still remain committed to international justice. The veto by China and Russia illuminates the inherent challenge of UNSC referrals (or rather, attempts at referral). And as other contributors to this discussion note, the UNSC is a political rather than judicial body and is limited by the political will of its veto members. It is this veto power that many African states continue to criticise. At the 13th Assembly of State Parties to the Rome Statute, Malawi’s Minister of Justice and Constitutional Affairs, Samuel Tembenu, echoed the views of several states saying that in respect of international crimes, states should not be allowed to exercise their veto power.

Third, the ICC finally concluded its trial of former Congolese vice president Jean-Pierre Bemba. The court will hand down their ruling in due course, but whichever way it goes the prosecution alone was significant: it was the first completed prosecution of a former senior government official by the ICC. It is particularly significant given developments at the African Union (AU), where there is support for ensuring the immunity of senior government officials.

The fourth key development, and perhaps the most lamented, was the withdrawal of the ICC’s case against Kenyan president Uhuru Kenyatta. The prosecutor had requested an adjournment of the case, citing the lack of cooperation from the Kenyan authorities. The request did not specify the length of the postponement, inciting critics to argue that continued and/or indefinite postponement would mean that for the 20,000 victims in the case, justice might be delayed to a point of denial. This concern was especially acute since little, if anything has been done at the domestic level to prosecute individuals for the atrocities committed during the 2008 post-election violence in Kenya. In its 3 December decision, the ICC Trial Chamber rejected the prosecution’s request for further adjournment and directed the prosecution to either withdraw the charges or proceed to trial. The prosecutor’s decision to withdraw will only increase the criticism against the ICC, illustrating Mue’s fears that Kenyatta’s case was “hang[ing] by a thread”.

At the continental level in Africa, the most notable development was the adoption by the AU of the Draft Protocol on Amendments to the Protocol on the Statute of the African Court of Justice and Human Rights. The Protocol expands the jurisdiction of the existing Court (which will be known as the African Court of Justice and Human and Peoples Rights), to allow it to prosecute international crimes, unconstitutional changes in government, terrorism and a variety of transnational crimes. 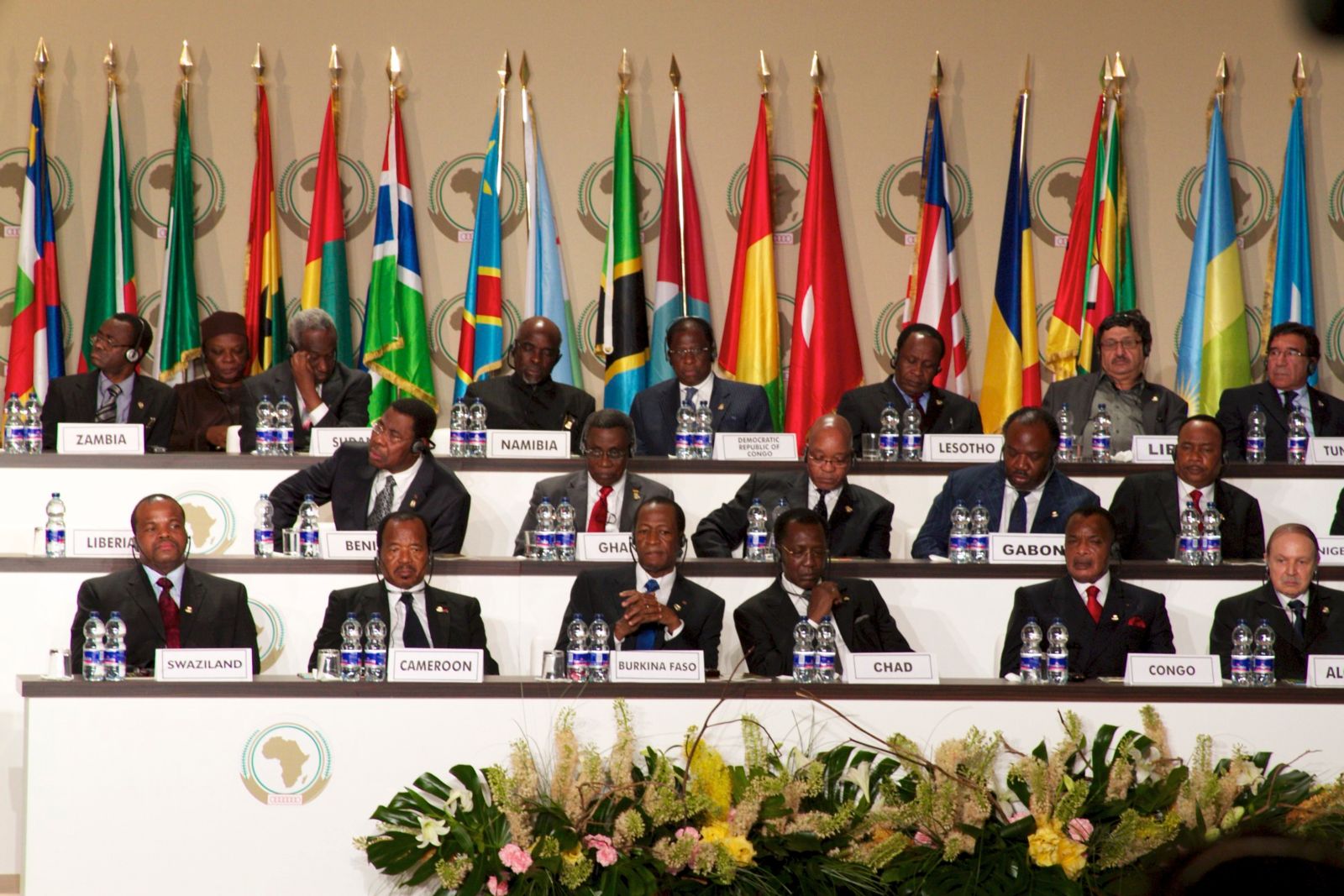 The AU adopted the Draft Protocol on Amendments to the Protocol on the Statute of the African Court of Justice and Human Rights in June, 2014.

This protocol is certainly a step forward, yet it leaves African heads of states and governments, as well as senior government officials, immune from prosecution while in office, which is highly contentious. There are, of course, those who believe that immunity from prosecution is necessary (at least for heads of state). On the other hand, others believe that no one should be above the law, irrespective of what office they hold. The latter also equate immunity to the promotion of impunity. The Court will only come into existence once 15 AU member states ratify the protocol.

At the national level in Africa, some progress, albeit limited, has been made to investigate and prosecute international crimes. The Ugandan International Crimes Division of the High Court continues to trudge along, despite challenges in bringing perpetrators of international crimes to justice. In the DRC, the mobile gender justice courts and the military courts have made significant strides in investigating and prosecuting war crimes and crimes against humanity. More recently, in South Africa, the Constitutional Court confirmed that the country’s laws provide for a form of universal jurisdiction that obliges the police (and eventually the prosecution) to act in respect of allegations of international crimes committed outside of South Africa’s borders. The decision means that by law the South African police must investigate, among others, allegations of torture in Zimbabwe that have been brought to their attention. The challenge here will be to ensure the implementation of this ruling.

The past year has indeed been a year of successes, as well as some failures and delays. And while the ICC is important, these examples illustrate how it is not the only tool that exists to enforce international law. Investments in regional and national bodies are equally important, if not more so, to appropriately bring perpetrators to justice at all levels.

Ottilia Anna Maunganidze is a researcher and strategist at the Institute for Security Studies, South Africa. Her work is primarily on international criminal justice, terrorism and transnational threats.