Africa can benefit greatly from an International Criminal Court that is credible, fair, competent and independent - the current Court fails on all counts.

Africa is replete with examples of gross violations of human rights including serious crimes against humanity.  In the past, autocratic leaders such as Idi Amin of Uganda and Jean Bedel Bokassa of the Central Africa Republic violated the rights of their citizens, but there was little intervention from other African countries, or even the then Organization of African Unity. Although Amin and Bokassa were extremes, other leaders in Africa were responsible for gross violations of rights.  Such violations continue today -- especially during civil wars and periods of political instability. Therefore, the International Criminal Court (ICC) could play a pivotal role in ensuring that those involved in crimes against humanity in Africa are brought to account, given the lack of will and/or capacity to punish the perpetrators in their own countries.  For this reason, the establishment of the ICC in 2002 was heralded as a major turning point towards ending impunity in Africa.  African states overwhelmingly supported the Rome Statute in the hope that those perpetrating atrocities on the people of Africa would never again go unpunished.

However, for the ICC to serve African citizens and effectively protect them from the worst abuses of human rights, it must be fair, competent and independent.  It must be guided purely by principles of law and must apply the law fairly, and undertake investigations carefully and in a competent manner so that its actions are not seen as arbitrary and biased.  A fair court must pursue all serious international crimes within its mandate wherever they occur in the world, and must not target particular regions. Finally, for the court to be relevant, it must be independent and not subject to political manipulation. If the operations of the ICC were in violation of these principles, then its role in Africa would be counter-productive and it could undermine, rather than support, justice.

Unfortunately, the current ICC does not appear to be a competent and fair adjudicator of justice.  Recent cases before the court have revealed gross incompetence in the gathering of credible evidence by the office of prosecutor. In the Kenyan cases, for example, the prosecution seems not to have conducted independent investigations that would have brought out the truth, but instead relied unduly on evidence put together by individuals and organizations that are not politically neutral. Further, witnesses have testified they were bribed to implicate some individuals, including by organizations in Kenya that were helping ICC gather evidence.

There are of course frantic attempts by ICC to deny these claims. But any keen observer who has followed the Kenyan post-election violence indictments from the beginning knows that the goal was not to assemble evidence based on what actually happened. Instead the overriding motive appears to be to frame some individuals.  As one who was involved in researching violence just before the 2007 elections in Kenya, I know that the real perpetrators of violence have not been indicted by the ICC. 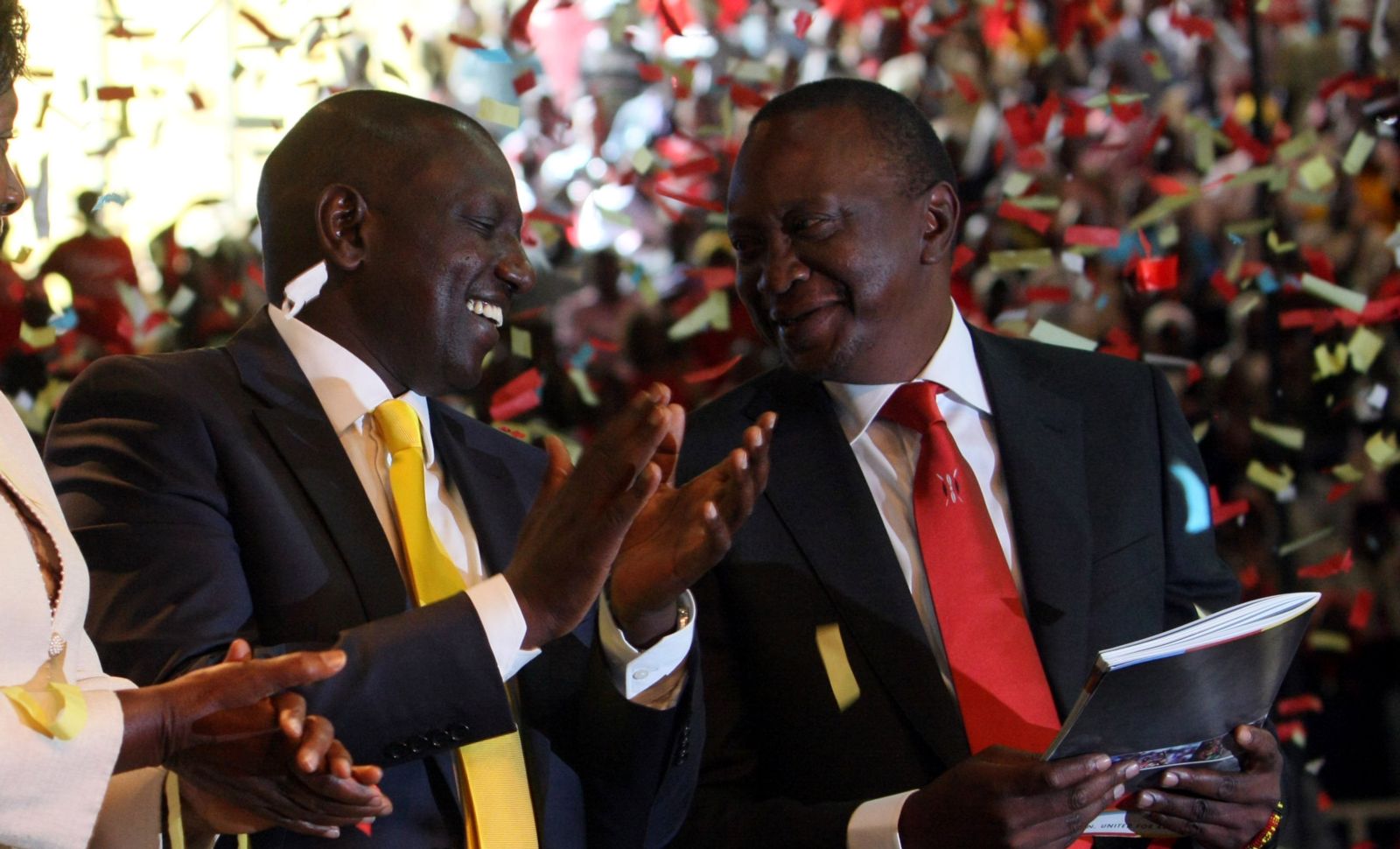 Uhuru Kenyatta and William Ruto campaign in Nairobi in 2013. For many, their prosecution by the ICC is evidence of the politicization of the court.

Probably the most serious weakness of the current ICC is that it is not independent. While the position of those African leaders who refer to the ICC as an “International Colonial Court” may be extreme, there is a reason why the Court is seen as an extension of colonial rule and one that totally disrespects Africans. Rational evaluation of the Court’s operations does clearly demonstrate that it is subject to political manipulation and thus not guided only by judicial principles.  This is not an observation by Africans only. Indeed, the reason why United States of America and Israel have refused to accede to the ICC is primarily because they see the Court as subject to manipulation.  The claim by some, therefore, that in criticizing the Court African leaders simply wish to avoid justice is ridiculous and demonstrates intellectual arrogance.

There are many facets to the issue of political manipulation of the court.  For example, there are many claims that western governments, as primary funders of the institution, have used their leverage to manipulate the court’s operations, including to influence electoral outcomes. Again, the Kenyan case seems to be illustrative.  As the Uhuru Kenyatta and William Ruto ticket surged in the 2013 elections, and it was clear that the two, both indicted by the ICC court, were headed for a win, western governments spoke out urging Kenyans not to vote for them.  As some of us had argued from the beginning, the indictment of the two was primarily meant to remove them from running for office. The statements by western governments that Kenyans would face adverse consequences should they elect the two support the widely held claim that the court is not independent.

Africans also wonder why the ICC seems to focus on and target only Africans. Obviously the Court’s mandate is to punish individuals responsible for the most serious international crimes, and it does happen that there are plenty of these in Africa.  But if one looks at what is going on in the world today, a great many war crimes are committed in other regions.  And the fact is that 123 states have ratified the Rome Statute, yet all of the ICC’s cases, at least so far, are in Africa. Thus the claim that the ICC is targeting Africans has merit and serves to strengthen the view that the Court is not guided primarily by the law.

Because of these shortcomings, support for the ICC among Africans has waned considerably. An increasing segment of Africans no longer considers the ICC a credible institution and its activities are viewed with suspicion, if not outright disdain. Jean Ping, while President of the African Union criticized the ICC saying that it appears that the Court exits solely for judging Africans.  Currently the African Union has taken the position not to cooperate with the ICC.

Africa can benefit greatly from an International Criminal Court that is credible, fair, competent and not subject to political manipulation.  The current ICC fails on all counts. Unless there are major reforms, the ICC will continue to lose credibility and will increasingly become irrelevant.  Sadly, the ICC’s failures have also undermined victim’s rights and thus overall the Court has been counter-productive to the advancement of human rights.

Mwangi S. Kimenyi is a Senior Fellow at the Brookings Institution, where he has also been the Director of the Africa Growth Initiative. Kimenyi has been Professor of Economics at the Universities of Connecticut and Mississippi and is also the founding Director of the Kenya Institute for Public Policy Research and Analysis.