Respect for ‘sovereignty’ is no defence against ICC action in Sudan, as the government claims. International standards, many that Sudan signed, make clear a state’s treatment of its own citizens is of international concern.

On 31 March 2005, the United Nations Security Council decided to refer the situation in Darfur to the International Criminal Court (ICC). The Sudanese government was soon in conflict with—and openly critical of—the ICC, particularly after an arrest warrant was issued for the president and two other members of the government over alleged war crimes in Darfur.

In contesting the ICC’s role in Sudan, the Sudanese government made several arguments, the first of which was to depict the ICC as a tool of “international arrogance” used to crush Sudanese “sovereignty”. Such arguments, of course, placed the government squarely into a paradox: either it was unaware of the “arrogant” nature of the Rome Statute when it signed it in September 2000, or it was aware of it, yet signed the statute out of weakness. The crisis also placed the government in direct confrontation with the entire international community, at both official and grassroot levels.

The Sudanese government has no right to argue that the ICC is a tool of the great powers, for the ICC was not established simply as a treaty among states. Although it is that, of course, it was primarily the achievement of a strong grassroots campaign. Millions of people and thousands of organisations from various democratic and intellectual backgrounds worldwide rallied to create this permanent judicial institution. The creation of the Court is a reflection of the international legal system evolving from protecting the rights of states, to the responsibility to protect the rights of individuals, even from their own governments. 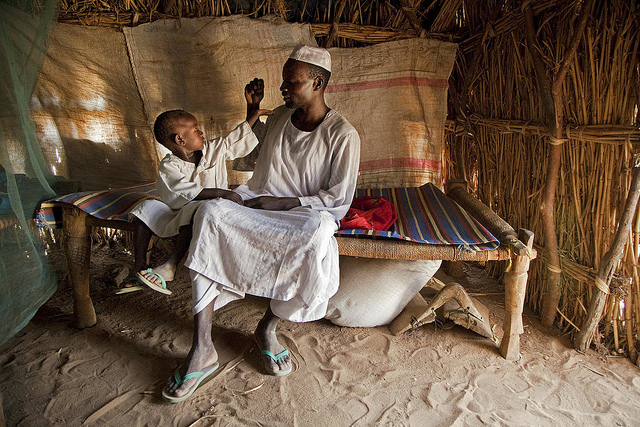 However, the argument that the ICC clashes with sovereignty is still worth contemplating. On the one hand, the traditional notion of ‘sovereignty’ developed from the previous situation in which each state needed other states to acknowledge its absolute right to act with immunity on its own territory, and as regards its own people, without international intervention. Yet, according to modern international law, international action cannot be accused of being illegitimate if it relies on the provision of an international agreement—one that the state itself has signed. Sudan’s membership in the United Nations requires it to submit to the Charter of the United Nations. Therefore, it cannot object to the authority of the Security Council under Chapter VII of the Charter (the authority it exercised to refer Sudan to the ICC).

And herein lies the problem for the Sudanese government: one cannot sign the Rome Statute with the caveat that intervention and indictment only apply to other states. Although strictly speaking Sudan only signed, and did not fully ratify the Rome Statute, this signature still indicates an intention to eventually be bound by its rules.

Sovereignty has ceased to become the absolute right of the state to decide the affairs of its people as in the past. Rather, the moment that people’s rights are jeopardized, the relationship between the state and its people is no longer a domestic affair, particularly if such violations impact other states. The Sudanese government knows this, and signed the Rome Statute agreeing to it. But as soon as the ICC turned on key government figures, the government conveniently cried ‘imperialism’!

The state is responsible for protecting the rights of its people, and upon failing to do so, the international community is entitled to act.

Arguably, the traditional concept of a sacrosanct and impervious sovereignty no longer exists, and this allows more space for international scrutiny and action to protect human rights. The state is responsible for protecting the rights of its people, and upon failing to do so, the international community is entitled to act, including in extreme circumstances through intervention. As Dr. Boutros Ghali, former Secretary General of the United Nations, said: “The time of absolute sovereignty and exclusive sovereignty has passed.” The international system requires a balance between the necessities of good governance and the requirements of an interdependent world, as well as a balance between the rights of the state and rights of its people.

However, the governments of less powerful states like Sudan still argue that this modern concept of sovereignty could be abused by more powerful states to pursue hegemonic agendas. Yet, if this is true, then why participate in the International Diplomatic Conference held in Rome that negotiated the Rome Statute in 1998? Moreover, why sign the Rome Statute at all, or why sign and ratify human rights and humanitarian law treaties, as Sudan has done?

Totalitarian regimes too easily abuse the concept of nationalism and the emotions of their people to rally against this modern understanding of sovereignty—pointing fingers at larger states and accusing them of ulterior motives. Yet, these same regimes fail to safeguard their territory, fail to protect their people and fail to solve even the simplest problems, and in the end submit to various forms of intervention anyway, including military intervention. Conveniently, the government of Sudan consistently failed to remember ‘sovereignty’ and the duties arising from it, except when the international community turned an eye towards its blatant violations of human rights.

Exploiting the people and deceiving them through zealous speeches and empty slogans cannot sustain sovereignty. Rather it requires that a government fight marginalization, eliminate injustices and establish the fundamental pillars of peace, unity and democracy. Moreover, responsible sovereignty requires the promotion of justice at home, and the application of the principles of equality before the law and of limiting impunity. Governments who want sovereignty must first fix the problems at home that may allow or trigger potential international scrutiny or action.

Only when these principles are applied will the International Criminal Court have no need to interfere in the domestic affairs of states. In other words, if the government of Sudan wants true sovereignty, it will have to earn it.

Kamal Elgizouli is Secretary General of the Sudanese Writers' Union. He is an international lawyer, human rights advocate and poet, a contributor to Sudanese and Arabic newspapers, and the author of many books.