Demanding accountability for war crimes does make the job of peace mediators more difficult, but so be it – an ICC investigation cannot be bargained away.

The Rome Statute provides that the prosecutor of the International Criminal Court (ICC) may forego or stop proceedings against an accused if doing so is in the “interests of justice.” The drafters of the statute did not further define the phrase, leaving it ripe for misinterpretation. In 2007, however, the prosecutor adopted a policy making it clear the phrase would be interpreted narrowly, so that the solution to balancing the demands of ‘peace’ and ‘justice’ would not be found in an expansive understanding of the phrase.  There is no prospect the prosecutor will change this policy now, and nor should she.

Of course, there is continuing tension between the search for peace and the need for justice. Yet, it is no use trying to disguise impunity measures as justice alternatives. Justice and peace can work together: there are positive examples of this, and the ICC has significant flexibility in the timing of its interventions. It must be accepted, however, that the ICC commitment to end impunity is not new; it was enshrined by the United Nations in international law and policy.

In 1998 the UN Secretary-General advised UN mediators not to endorse peace agreements that granted amnesty for war crimes, crimes against humanity or genocide. The move came a year after the UN Human Rights Commission adopted the Joinet Principles. These highlight the legal obligations on states to prosecute serious human rights violations, to make the facts known to victims, and to make reparations and abolish or reform abusive institutions. 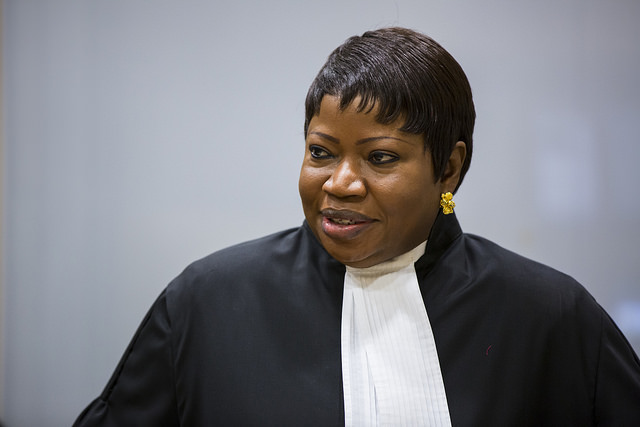 In July 1999 the Secretary General’s representative in Sierra Leone refused to endorse the amnesty provided by the Lomé Agreement, that ended the civil war in that country. Subsequently, the UN helped establish the Special Court for Sierra Leone, which prosecuted those deemed most responsible for serious crimes, including former Liberian President Charles Taylor. The peace held.

The point is that the Rome Statute is not an aberration: it formalized standards that had already been adopted by the UN Secretary General and other UN bodies, and by regional human rights courts. It did go one crucial step further, however, in requiring that if national authorities did not prosecute serious international crimes – as  the law required – the ICC would step in to do so.

As regards the possibility for the ICC to exercise flexibility in timing its interventions, Colombia is a good example. Since 2004, the ICC has had the situation in Colombia under “preliminary examination”. For ten years the Colombian authorities and others have sought to demonstrate that it would be better for the ICC not to move to the next level of opening a formal investigation. The ICC Prosecutor has watched carefully, made several visits and monitored legal processes, general elections, paramilitary demobilizations and peace negotiations with the FARC (the Colombian armed group). During this period, the Colombian justice system has prosecuted some paramilitary leaders, hundreds of politicians and almost a thousand low- and mid-ranked soldiers involved in the murder of civilians.

Granted, Colombia is different from Sierra Leone in that there have not yet been prosecutions of those most responsible on the military side for serious crimes.  And while the FARC leadership have been prosecuted, they have not faced punishment (they were mainly prosecuted in absentia). But the Colombian government has done enough to show that it takes the issue seriously. In return, the ICC prosecutor has shown patience and respect for local realities.  A few mis-steps have occurred and perhaps greater sensibility to those realities was needed at times, but on the whole it has been a remarkable process.

Flexibility is also possible as regards the nature of punishment after prosecution. In Northern Ireland, a two-year prison sentence, even for murder, was deemed an acceptable punishment in the context of the 1996 Good Friday Agreement, and this was approved in a national referendum. The ICC Prosecutor has already accepted (in effect), a sentence of between five and eight years imprisonment for paramilitary leaders convicted of murder in Colombia. Deterrence is not the only goal of punishment. The struggle is longer term and requires a consistent process of affirming values whose breach cannot be tolerated or rewarded.

While the ICC may be flexible—in the timing and profile of its investigations and the nature of punishments—we should resist the temptation to confuse flexibility with accepting impunity.

While the ICC may be flexible—in the timing and profile of its investigations and the nature of punishments—we should resist the temptation to confuse flexibility with accepting impunity. Any alternative to criminal prosecution means no prosecution; however presented, it is in effect a conditional amnesty. The international community has been clear that, at least for those most responsible, amnesty is simply a non-starter. Thus, the ICC Prosecutor has made it clear that the notion of the “interests of justice” will not be invoked to find ways to circumvent prosecuting those bearing the greatest responsibility for war crimes, crimes against humanity and genocide.

The policy adopted in 2007 by the prosecutor makes it clear that once an ICC investigation has been started, those facing justice could not expect to bargain for it to be stopped – demanding impunity in return for laying down their weapons or giving up power. As noted, that message is consistent with UN policy and international law. Further, it removes the risk of ambiguity in the “interest of justice” debate, but still allows the Court some flexibility in the timing of its response to different contexts, as the Colombian example clearly shows.

The job of peace mediators was made more difficult by the trend to demand accountability for the worst crimes that took shape in the 1990s. It is as pointless to blame the ICC for that trend, as it is to try to sidestep it.

In a 2002 interview, Alvaro de Soto, the former senior UN diplomat, offered two golden rules for peace mediators: do not try to trick people and do not tell them just what they want to hear. It is better to be able to tell alleged perpetrators the truth, even if they do not want to hear it. Better to make justice and peace work together, as they have in Colombia and Sierra Leone. Better to make mass rape, enforced disappearance, torture and murder unacceptable, even if it takes a long time, one peace process at a time.