The Refugee Convention was designed for an earlier era, but there seems little will to update its provisions to meet today’s reality.

Since last year more than a million people seeking asylum have arrived in Europe by land and sea. Until recently, every week nearly ten thousand people were reaching the Greek islands. The media frames this situation as a “migrant crisis”. Yet, can it really be characterized as a 'crisis'? If so, is it a global crisis, and can the 1951 Refugee Convention provide a real solution?

Labeling the problem as a crisis enables states to resort to measures that they would only utilize under exceptional circumstances. This discourse creates its own reprehensible consequences, leaving asylum-seekers trapped in countries where they do not find effective protection. European countries, in trying to keep the problem outside the border of “Fortress Europe”, are an example of this situation. The fact that one third of the refugee population in the world is hosted by a small number of countries, makes the ‘crisis’ somewhat regional rather than global.

When we look back to the 1950s, we see the adoption of an international mechanism, the Refugee Convention, which was intended to welcome people fleeing communist Eastern Europe. It was originally designed to be flexible enough to serve the interests of western powers. After World War II, convention refugees were also seen as laborers along with other migrants needed to meet the labour demands of western states. Although this was a period—in the aftermath of war—when human rights principles were being proclaimed, the international community did not adopt a universal norm that recognized the right to be granted asylum.

The Convention lacks the functionality to cope with the trends and realities of the protection needs of the current situation.

It is true, as Professor Hathaway points out, that the Convention is “increasingly marginal to the way in which refugee protection happens around the world”. This might be because of the historical context that framed how the Refugee Convention was designed. The Convention lacks the functionality to cope with the trends and realities of the protection needs of the current situation. For example, approximately 3 million refugees hosted in Turkey today are barred from falling within the scope of the Convention, as Turkey exercises its optional right (offered by the Convention) to limit its obligations to refugees from Europe.

Turning to the issue of protection, even if the Convention was fully applied, there would still be a problem. Generalized violence and indiscriminate attacks on civilians are among the most significant factors creating refugees.  Yet, under the Convention it is unclear those fleeing such general risks fall within the refugee definition. Current refugee flows usually occur as mass-influxes rather than individual movements. However, the Convention is silent about its applicability in mass-influx situations and whether it requires prima facie, group recognition of refugee status. The Convention does, however, point to an integration policy, which could result in permanent residence for refugees because it urges states to “facilitate the assimilation and naturalization of refugees”. Thus, given the rapidity of the flows and large numbers of refugees in host countries, denying certain Convention rights to refugees might be a natural outcome of the lack of capacity to manage the movements, which at times amount to five times the population size of some European countries. Although this fact alone may rationalize refugees’ tendency to search for protection elsewhere, they might find themselves back where they started by means of the safe third country and first country of asylum practices, which are not subject to “refugee-specific” Conventional safeguards. 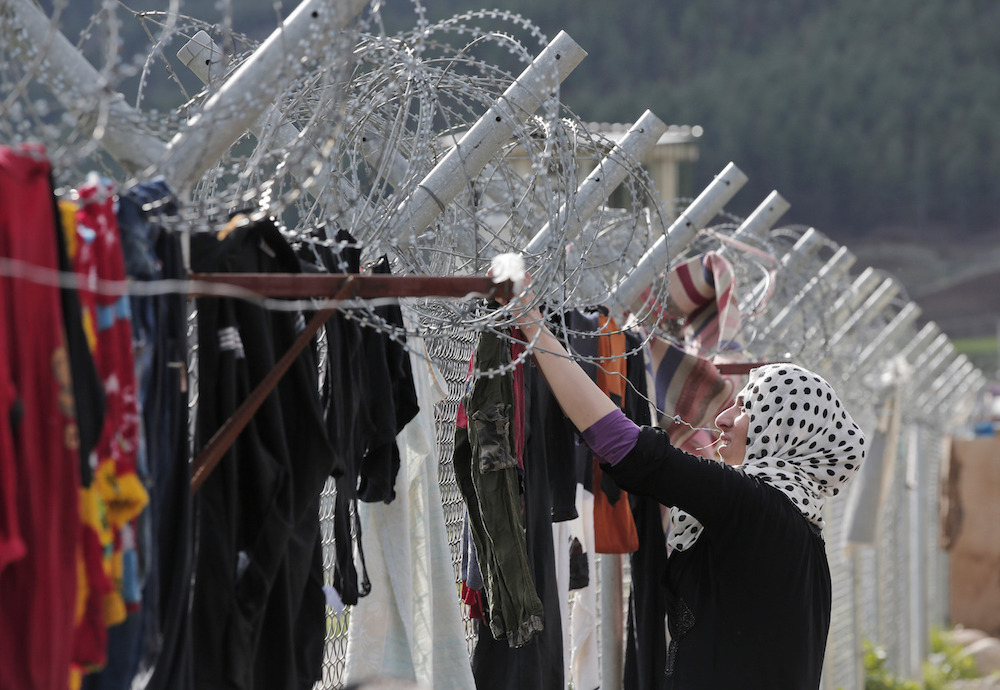 Refugees in Turkey face an uncertain future, as some 3 million of the current asylum-seekers do not fall within the protection of the Refugee Convention.

An equitable mechanism of burden-sharing could solve the problem. Yet, in the absence of a binding mechanism, it would just be wishful thinking to expect the states to reach a global consensus. The way that mass flows have been dealt with in the past shows that there has never been an international consensus on a global, equitable burden-sharing regime. Such consensus is also needed for the revitalization of UNHCR so that it might take greater initiatives to find possible solutions.

There is no doubt that the Convention provides a catalog of satisfactory rights, however it lacks the functionality to secure for refugees access to those rights. Conditions have changed in the past 65 years. Refugees are no longer symbols of the triumph of western ideologies. They are instead perceived as security threats in the context of the “global war on terror”.  Apparently, in an environment where the only way to resolve the need to provide protection depends on the “trade value” of refugees, as it is the case between the EU-Turkey deal, a hope for a tendency to break the silence of the Convention with a progressive voice seems unlikely in the near future.

We might be in a historical moment where comprehensive reform is possible—not only to implement fully the Convention but also to adjust it to meet the current reality. However, the most important question remains unanswered—is there a will to do it?