The best refugee legislation in the world will have little effect when those seeking protection are characterized as security risks.

By: Roni Amit & Loren B. Landau

Proposals to improve the management of refugee protection often occur in a vacuum, removed from the political constraints that affect state behaviour in the international system. Elsewhere in this series, Bill Frelick describes how this political reality limits options. Proposals emphasizing state obligations to the international community or the ceding of authority to a global body are unlikely to be followed, as many theorists of international relations will tell you. States act out of self-interest and accepting high numbers of refugees is unlikely to serve that interest. As Angela Merkel’s recent offer to host hundreds of thousands of refugees illustrates, even when countries need foreign labour and resources, accepting refugees is often a hard political sell. Those serious about advancing refugee protection must not just see these debates as distractions. Protection is political and we have no choice but to engage.

Unfortunately, many refugee advocates remain stuck in a language of obligation and universal rights. As a result, their more formalistic efforts to improve refugee protection, while well-meaning, may be far removed from lived realities and ultimately prove unsuccessful. International and even national laws often have little effect on actual levels of refugee protection. South Africa, for example, is one of Africa’s most legalized and institutionalized countries, well on par with middle-income countries across Asia and Latin America. It also boasts one of the world’s most progressive pieces of refugee legislation. In fact, its refugee law provides a more expansive scope of protection than what is found in the United Nations refugee convention or the African Union’s own protocols. From a purely legal perspective, there is little need to reform the law—asylum-seekers and refugees have most of the same rights as citizens, they are free to live anywhere and to work and study, and they have a path to permanent residence.

But this is just the law. In practice, many asylum-seekers and refugees are shut out of these legal protections and face the daily risk of detention and deportation, regardless of legal status. For asylum-seekers bringing with them often horrific stories of persecution and violence, their protection needs almost never result in refugee status and the benefits that, at least on paper, accompany it. When they turn to the courts, even legal victories rarely translate into effective, practical protection. Where states and bureaucrats side-step court decisions and regulations, legal status and formal rights often mean little in keeping people safe and fed. 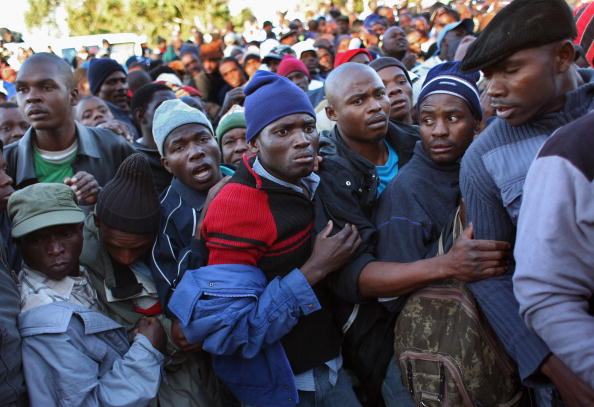 What accounts for this gap between law and practice? Refugee advocates often point to problems of awareness or lack of capacity. These may be real problems, but more often than not, poor protection practice is no mistake. Why? Because for states, refugee protection is an immigration issue. While the UNHCR and others have sought to distinguish forced displacement from other forms of trans-border movements, neither politicians nor the public are likely to see the difference. In the political imagination—and in common sense language—refugees are immigrants and subject to the same kind of instrumentalisation and scapegoating as everyone else. That refugees may be needy and damaged by conflict only exacerbates fears that refugees bring unwanted challenges to social services and social cohesion.

As long as refugee protection is framed in opposition to security and economic concerns, states are unlikely to put refugees first.

For those concerned with refugee protection, we must follow refugees into the political fray in ways that entangle us in localized debates about security and economics. This needn’t mean stooping to the dehumanizing tropes of a Trump or Germany’s Alternative for Germany, but it does mean recognizing that if politics is war, refugee rights are always negotiable. As Emily Arnold-Fernandez points out, states respond to local constituencies. This suggests that as long as refugee protection is framed in opposition to security and economic concerns, states are unlikely to put refugees first, regardless of global or national obligations. Accordingly, protection gaps are unlikely to be filled through formal policy or legal reforms. The best refugee legislation in the world will have little effect when those seeking to benefit from it are characterized as economic migrants or security risks. As both the South African case and the global refugee crisis demonstrate, countries will always find ways to circumvent both international and national obligations when adherence is seen as going against their interests. And as with questions of terrorism or immigration, states have proven all too willing to make exceptions to the law in the name of security.

Even the most well-meaning and justice oriented leaders may find it hard to justify absorbing large numbers of refugees when their own citizens are facing unemployment, insecurity and persistent poverty. Policies targeting refugees may even elicit a backlash when domestic constituencies feel their own needs are not being met. In order to be effective, efforts to reform the refugee protection system must be accompanied by efforts to change the discourse. As Milner suggests, reforms will more effectively leverage the interests of states by moving out of the humanitarian context into other areas.

Measures to advance refugee protection must acknowledge the multiple spheres where refugee policies operate. Debates around protection intersect with policy considerations in a variety of spheres, including access to housing, labour markets, education, and health care. To be most effective, and to move from the theoretical to the practical sphere, reforms should address these considerations head on, rather than focusing exclusively on humanitarian considerations. At the same time, these efforts can begin to change the discourse by emphasizing the skills and economic benefits that refugees may bring to a country.

Refugee advocates have long defined themselves by purity of purpose. While the absolute rights of refugee protection are seductive, taking shelter in the law is not enough. Advocates must increasingly aim for solidarity with local interests, engage more wisely across policy spaces, and where necessary act stealthily to shift discourses and incentivize leaders and the public to accept—even if they do not embrace—those needing protection.

Roni Amit is a Senior Researcher who joined African Centre for Migration and Society (University of the Witwatersrand, Johannesburg) in 2008.  Her research focuses on rights protection, administrative justice, legal processes and developments in the areas of refugee law and immigration detention and deportation.

Loren B Landau is the South African Research Chair in Human Mobility and the Politics of Difference at the African Centre for Migration & Society, University of the Witwatersrand, Johannesburg. Widely published in the academic and popular press, his work explores human mobility, citizenship, political authority and urban transformation. He is author of The Humanitarian Hangover: Displacement, Aid, and Transformation in Western Tanzania, co-editor of Contemporary Migration to South Africa, editor of Exorcising the Demons Within: Xenophobia, Violence and Statecraft in Contemporary South Africa and articles in Politics & Society, the Journal of Ethnic and Migration Studies, Millennium, and elsewhere.